The family had hoped to be able to take the kids on vacation, but savings are now being spent on groceries and bills.
By Simona Kitanovska August 26, 2022
Facebook
Twitter
Linkedin
Email 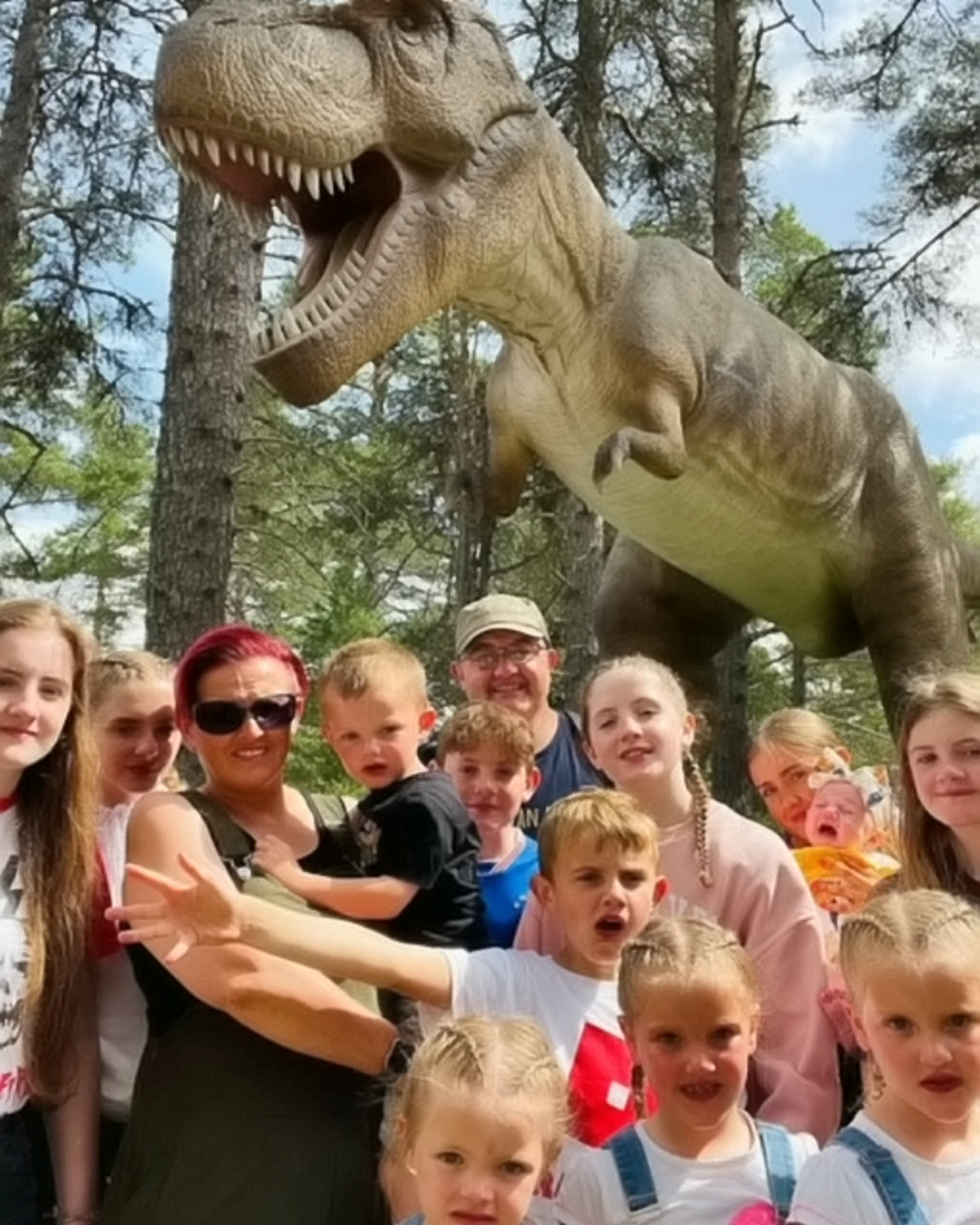 A mother of twelve children has given up hope of ever having a family vacation due to the cost of living crisis after energy bills doubled despite not having the heating on.

Zoe Sullivan, 44, and her husband Ben, 47, already had big bills at their home in northern Scotland thanks to their enormous brood–Elisabeth, 17, Olivia, 15, twins Charlotte and Isabelle, 14, and Noah, 12. They also have Eva, ten and Toby, nine, twins Leah and Erin, six, Agnes, five, Joseph, three, and Florence, four months.

Mr. Sullivan is winding down a 27-year career in Britain’s Royal Air Force, meaning that he and his wife will soon be faced with having to get a mortgage and moving out of military quarters.

Ms. Sullivan said their energy bills have already increased from £240 a month to £400, despite not using the central heating during the summer. They have two seven-seater cars, so have been hit by rocketing gasoline prices too.

The family have not had a vacation in years but live near two beaches in Lossiemouth, Moray, so often go for walks and make do with day trips. They had hoped to be able to take the kids away, but savings are now being spent on groceries and bills.

Ms. Sullivan fears bills could increase to £600 a month, which is unaffordable for the family, and said the prospect of using blankets this winter rather than central heating was scary. She shops at Tesco, Adli, Asda, Home Bargains and B&M to find deals, often in the evenings when items are discounted.

Her savvy shopping means she spends £320 a week on groceries, which works out at around £21 per person on food. The family will soon need to find a five-bedroom home which Ms. Sullivan, and she and her husband gave up alcohol to save money, and neither smoke.

“It is really scary, there doesn’t seem to be any help for people. There’s no way we can meet these costs, what we would have put into savings is now going into food and bills.

“I have a budget of £320 a week for everything -food, toiletries, that would probably cover the shopping, some of the kids have lunches at school. I always shop around to get the cheapest things I can.

“We have four teenage girls so that’s stuff like their face washes, but we could get through £6 of fruit a day. Fruit and things like that are really expensive, when you find blueberries are £3 and then become £3.50, it’s a big price increase.

“I’m at home all day with the little ones, it gets cold in winter in the north of Scotland. We are thinking ‘are we going to have to go around in blankets’. There isn’t any more money to pay any more bills.”

The family said they are struggling despite very few luxuries. They buy branded shampoo for the two sets of twin girls, due to their long hair.

The younger kids have a treat of a Pepsi Max and chocolate bar on a Friday night, which Ms. Sullivan does not want to have to give up. Florence gets own-brand nappies, and Agnes, five, has a milk allergy which requires a more specialist diet.

The couple send the six girls to dance lessons, while their oldest son plays football. And they also have a cat, which adds on to the weekly costs. The couple have previously resorted to putting groceries on a credit card but hope to be able to avoid that.

Ms. Sullivan said it is impossible to avoid using a water heater which runs on gas, and she will have to give up buying Heinz baked beans in favor of own-brand ones unless the situation improves. She said: “How much deficit are we going to get into if next year it’s £6,000 or £7,000?

“I don’t think it was as bad in the 70s. It’s all very frightening. The kids have never been abroad, I think we always thought ‘one day’, but the money is being spent on just living. We have got a big garden and we’re close to two beaches, rather than going on holiday we have family time.

“Six of the girls do dance lessons and our older boy does football, they are their passions, we don’t want to take that away. We have got a cat, luckily he doesn’t eat very much.”

«Previous Post
Teen Deadlifter Gets Back To The Gym After Surviving Cancer That Paralyzed Him»Next Post
Man Keeps Over 1,500 Gallons Of Rainwater In His Backyard