Most Parents Claim Their Kid Is Fearless For New Things 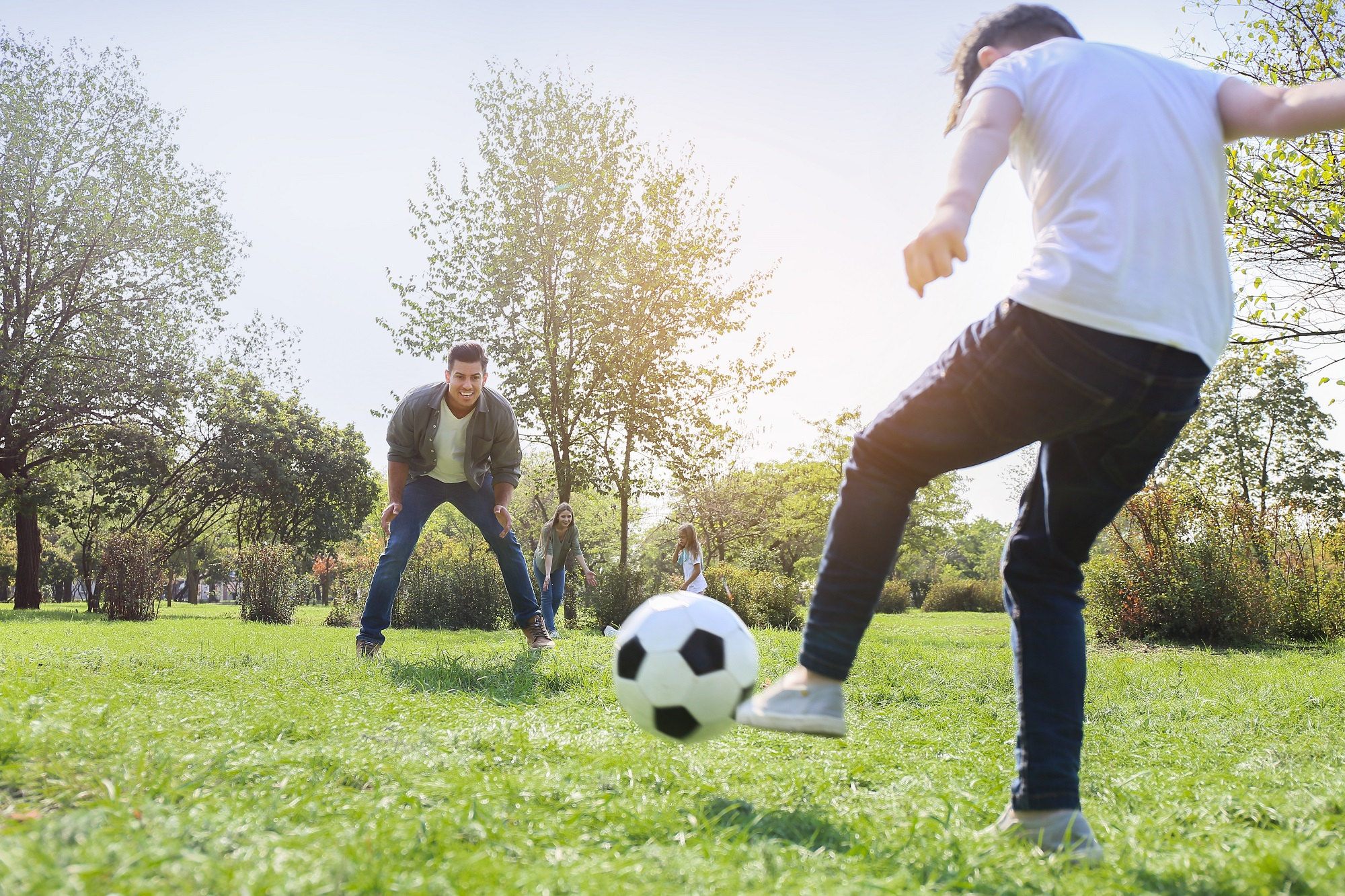 New survey conducted by OnePoll in partnership with Life Time found that majority of parents say their kid is fearless when presented with the opportunity to try something new. Undated photo illustration. (Josh Castronuovo, SWNS/Zenger)

Forget staying at home–nearly four in five parents–78 percent–would rather catch up with their family while doing a physical activity together, according to new research.

A survey of 2,000 parents of kids 0-18 found that most parents said they have the most fun when they get to spend time with their kids – 83 percent – and a whopping 89 percent like to be active with their kids by playing sports or spending time outside. Currently, parents’ favorite activities to do with their kids are playing basketball –36 percent, dance–34 percent, and swim lessons -32 percent.

Conducted by OnePoll in partnership with Life Time, the survey found that four in five parents want to inspire their children to try more physical activities throughout their lives –80 percent. While the average respondent thinks that it’s best to introduce kids to more physical activities around seven years old, a third of parents think it’s important to do so earlier.

Spending more time outside may also be the answer for the 76 percent of parents who are looking for new ways to connect with their kids. Half of parents agreed it’s difficult for their kids to enjoy an activity without getting bored–51 percent, but 73 percent said their kid is fearless when presented with the opportunity to try something new.

And they won’t have to do it alone, since 79 percent of parents are willing to try a new activity alongside their kids.

“Teaching our kids about the benefits of an active lifestyle is so important, and exploring new ways to play together creates memories that will last a lifetime,” Kockler said.

Seventy-eight percent of parents even said seeing their kids being active inspires them to get active. A fifth of parents would rate the physical health of their kids as “average,” “poor,” or “very poor” –22 percent, which may be why nearly two–thirds of respondents –64 percent–wish their kids were more active than they already are.

However, 38 percent said their kids are just as active when school starts up and seven in 10 said the beginning of the school year is a good time to make healthy lifestyle changes–71 percent.

“The start of a new school year is a great time to develop new family routines. We suggest designating one or two nights a week when the whole family participates in a fun activity together – like basketball or a family swim at an indoor pool. Families that spend more active time together, and less time staring at screens, tend to be happier and much healthier,” Kockler said.