According to police reports, the vehicle belonged to a worker who had left the keys in the ignition.
By Georgina Jedikovska August 26, 2022
Facebook
Twitter
Linkedin
Email 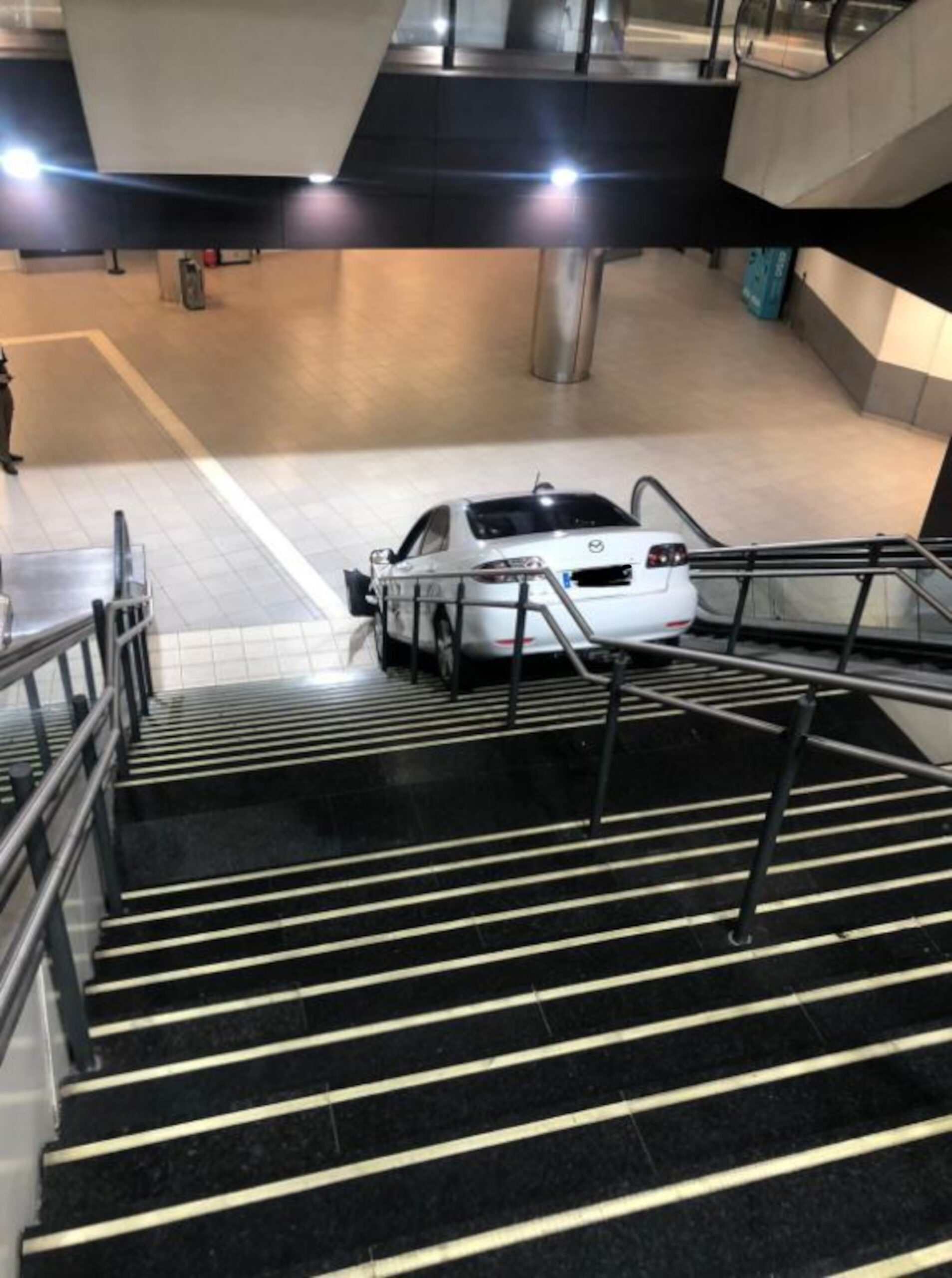 Firefighters removing a car stuck on the stairs of metro station, in Madrid, Spain, on Wednesday, Aug. 23, 2022. The driver was allegedly under the influence and the car stolen.  (@EmergenciasMad/Zenger)

A cocaine user who crashed a stolen car on the stairs of an underground tube station has been seized by police.

The 36-year-old driver–not named by police–was arrested by Madrid’s Municipal Police on Tuesday, August 23, 2022, reports Spanish media. Footage of the stranded car–reportedly a Mazda –shows firefighters slowly winching it back up the stairs.

The suspect allegedly stole the car from a parking lot in the nearby city of Getafe and headed toward the capital along the Toledo highway. Getafe–which is a municipality and a city in Spain–is located 8.1 miles south of the capital’s city center and it belongs to the Community of Madrid.

According to police reports, the vehicle belonged to a worker who had left the keys in the ignition. At the time of the robbery, a colleague of the car’s owner unsuccessfully tried to stop the offender from stealing it.

After he arrived in Madrid, the confused suspect slipped down a bus lane and found himself at a staircase to the underground station. The bizarre spree ended with the offender embedding the vehicle on the stairs and breaking several glass doors inside the station on the way.

When the police arrived at the site, the man was trying to get out of the car, which had already been reported stolen. Despite being unharmed, Madrid Emergencies crews treated him immediately, after which he was transferred to a hospital for follow-up check-ups where he tested positive for cocaine.

After a thorough medical examination, the 36-year-old was arrested by the police. Reportedly, no one was injured during the incident.

Madrid Emergencies reported: “A driver has broken into the interior of the Plaza Eliptica interchange with a stolen car and has been stuck on the stairs without causing any injuries. After the spectacular event, @BomberosMad arduously maneuvered the car away from the stairs. @SAMUR_PC took the driver to the October 12th Hospital and @policiademadrid is investigating the circumstances of this incident which luckily there were no injuries.”

The video went viral while outraged netizens expressed their opinion on Twitter.

Professional Reviewer (@OpinadorProfes4): “And who is going to pay for this?”

Another Twitter user – Laura (@Brothers_Official) – sarcastically added: “I think it is forbidden to take the car on the train.”

User Daniel Marulanda (@danimaru9) said: “Damn but how did you get there? It’s hard for me to get there on foot, hahahaha I freak out.”