"The diary contains entries, poems, letters mostly about the boy she was in love with in 1901. "
By Joseph Golder August 26, 2022
Facebook
Twitter
Linkedin
Email 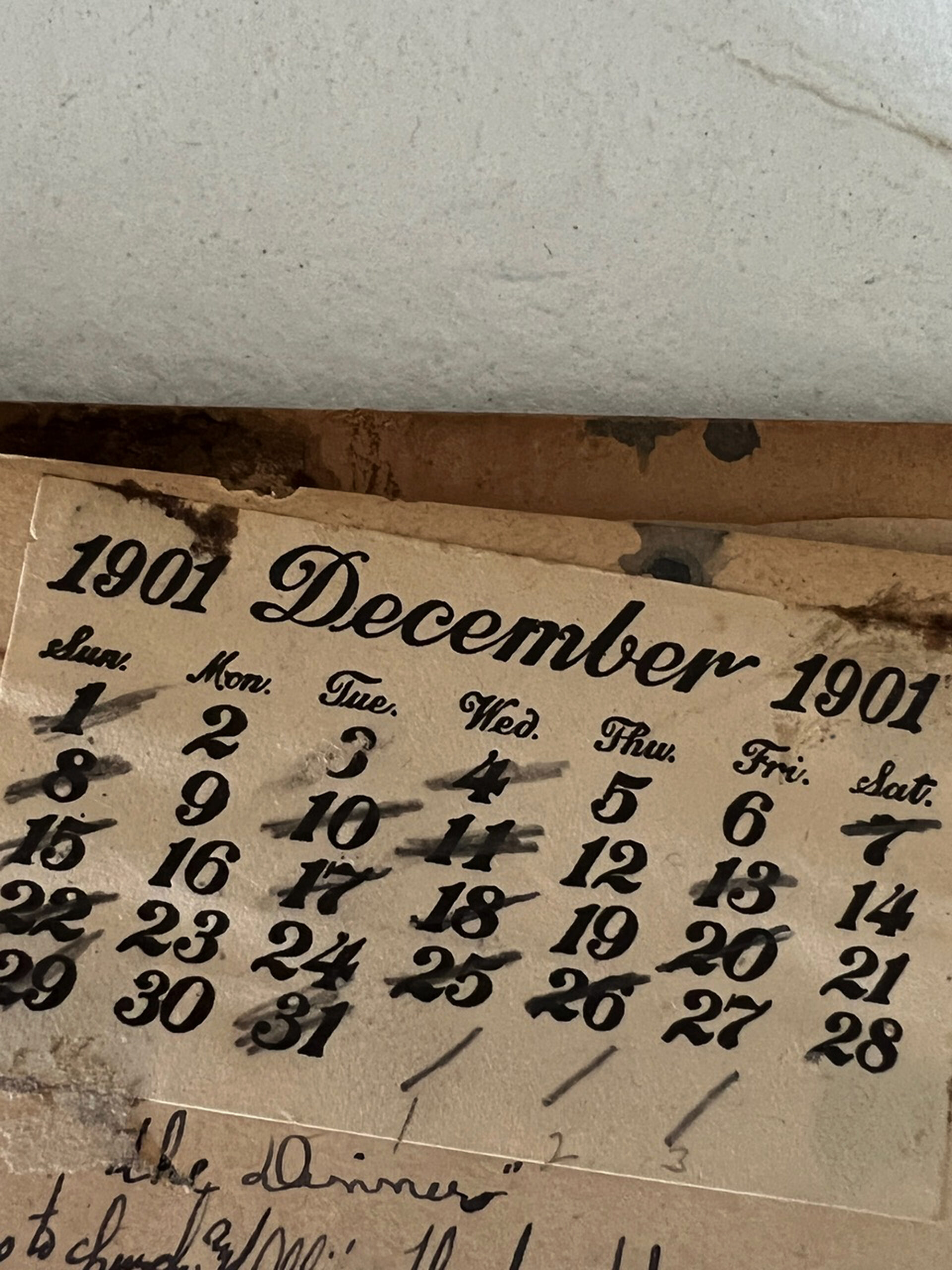 Picture of an old calendar from 1901 that was obtained by Chelsey Brown, 29, from New York, in 2022, undated photo. Ms. Brown stated that she researched the diary on MyHeritage.com. (@chelseyibrown/Zenger)

A New York influencer who finds lost heirlooms at flea markets has uncovered a beautiful diary dating back to 1901 that is full of romantic love poems.

Chelsey Brown, from New York, is a 29-year-old interior decorator who researches genealogy as a hobby, finding lost heirlooms at flea markets and antique shops and then returning them to their families. The New Yorker uploads videos revealing the histories behind the objects to her TikTok account (@chelseyibrown) and has almost 190,000 followers.

Brown told Zenger News in an exclusive interview that she found this diary, kept by a woman who wrote beautiful poems to the love of her life.

She added: “The diary contains entries, poems, letters mostly about the boy she was in love with in 1901. It also includes newspaper clippings and information about friends and family. There are also a few letters tucked inside from the 1940s. She was a student and he went off to Washington State (cross country) in 1901 to teach for seven years.”

Brown said: “As for their life, they had 6 children over 13 years. Throughout their time apart, they would send each other letters. Sadly, one of their sons died at a young age, 47, and it’s so hard to watch a child die knowing you are supposed to be before them.”

She added that one of her sons, unnamed, had served in WWII before being discharged after being injured.

Brown, who has researched the diary on MyHeritage.com, has reached out to family members of the couple and is waiting to hear back from them. In the meantime, she did not want to divulge the couple’s names, as her code dictates that she must inform the family members first.

But she did give an example of one of the many beautiful poems she came across in the diary. It reads:

“This never ending, endless, unceasing struggle must cease.
I cannot bear it any longer.
The love I bear for you has made me almost powerless.
My will, mind and heart have so blended with yours that I know not which is which.
You know that you are more than life itself to me – that you have given me the greatest happiness I will ever know.

It really seems, my heart, as if our souls were tuned to one another – for you have, with a true and understanding love, looked into the very depths of my soul.
Your hand has laid on my heart strings, thereby drawing forth a chord of purest music.
God is love and all things are possible with the Father.
So it is my weakness shall be changed into strength there is our relation in this world which you and I hereafter trust never mentions by word or action.
So it must be as if no such thing exists – I cannot write it but will tell you.
Since the human soul is at one with the Infinite – you and I are united into one spiritual soul – a God soul – united by a love that passeth all understanding so it is you are the holiest part of my existence.”

Brown said: “None of the descendants have responded yet, but it usually takes some time.”