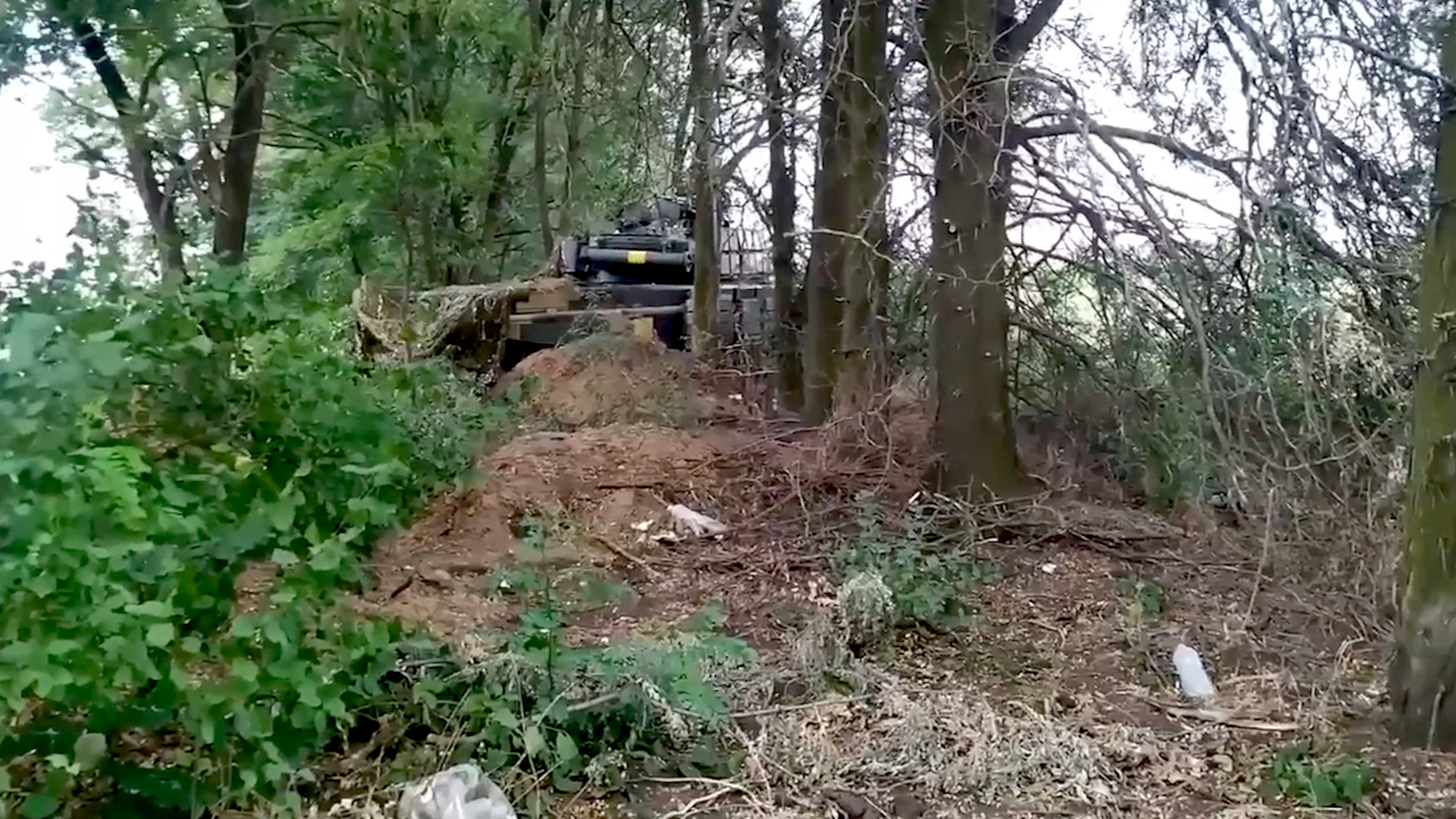 Description: Ukrainian tank shoots on Russian military positions in the Zaporizhzhia Oblast in Ukraine in undated footage. In the Zaporizhzhia region is stationed Zaporizhzhia Nuclear Power Station which is the largest nuclear power plant in Europe and among the 10 largest in the world. (@110tro/Zenger)

This footage reportedly shows a Ukrainian tank hitting a Russian tank in the Zaporizhia region before the enemy vehicle was finished off by artillery.

“And then the artillery finished the job, disassembling the ‘armor’ into its component parts. Together to victory! Glory to Ukraine!”

Khmelnytskyi is a western Ukrainian city and region. The images and statement were also relayed by the Office of Strategic Communications of the Armed Forces of Ukraine.

Zenger News contacted the Zaporizhia Separate Territorial Defense Brigade for further comment, as well as the Russian Ministry of Defense, but had not received a reply at the time of writing.