Swiss Glaciers Lose Half Their Volume In 85 Years, Study Shows

The study was published in the not-for-profit international scientific journal The Cryosphere on August 22.
By Thomas Hochwarter August 25, 2022
Facebook
Twitter
Linkedin
Email 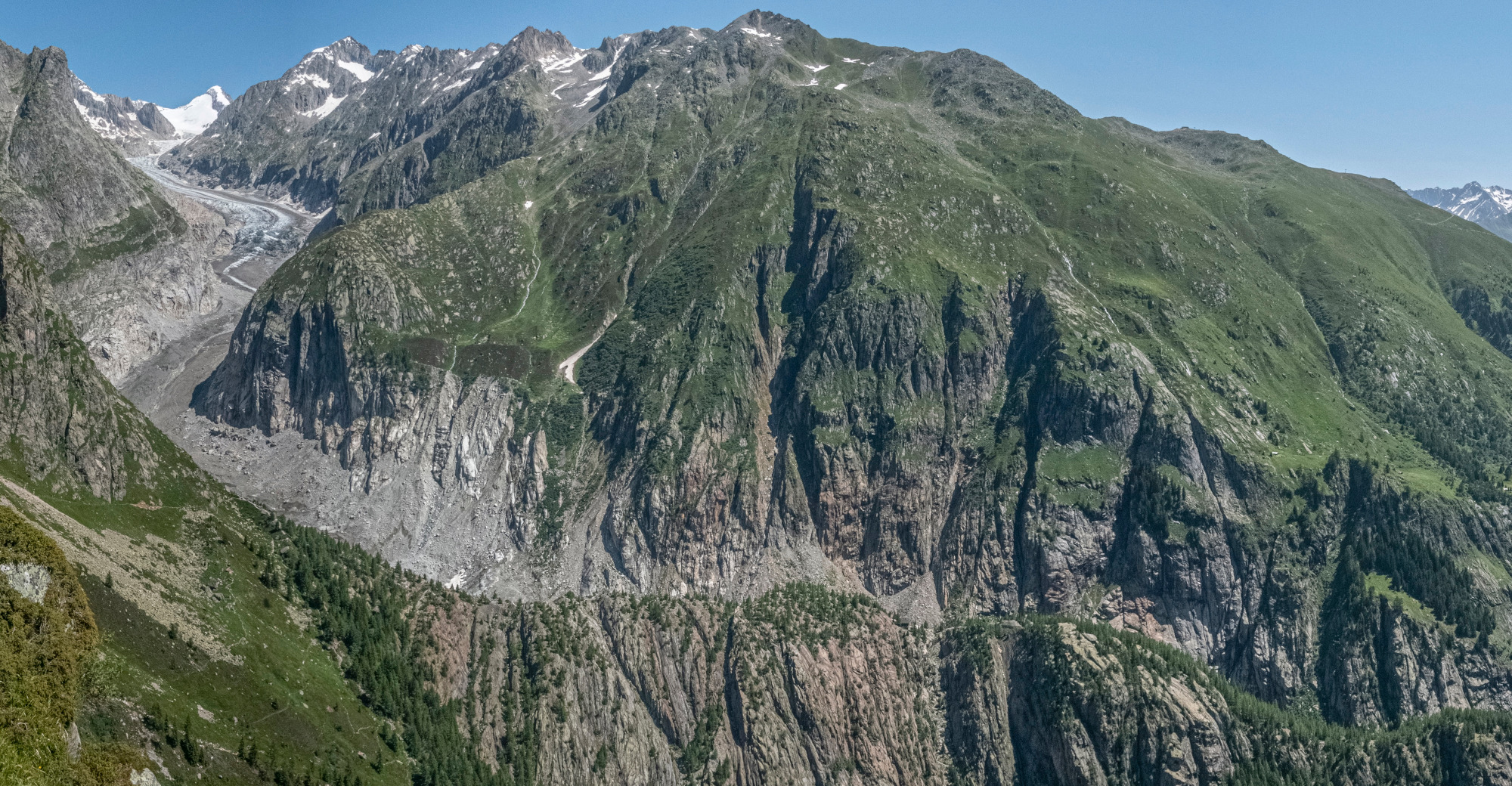 The Marjelenalp glacier in Switzerland, pictured in 2021. Scientists reconstructed the retreat of glaciers using historical photo material and came to the conclusion that the volume of the glaciers halved between 1931 and 2016, in Switzerland. (VAW, ETH Zurich/Zenger)

Switzerland’s glaciers have decreased by around 50 percent within 85 years – and are now melting at an even faster rate.

Experts studied tens of thousands of period photographs from 1931 onward to reconstruct early 20th-century climate patterns. Between 1931 and 2016 the glaciers lost almost half their volume, says the study. But between 2016 and 2021, they lost a further 12 percent.

It was published in the not-for-profit international scientific journal The Cryosphere on August 22.

Researchers from the Institute of Technology of Zurich and the Swiss Federal Institute for Forest, Snow and Landscape Research cooperated on the new study. To determine the condition of the glaciers in the Alpine country, glaciologists participating in the study reconstructed the glaciers’ topography in 1931.

They also studied more than 20,000 photographs taken throughout the 20th century. Based on these examinations and comparisons with data from the 2000s, the researchers conclude that the glaciers’ volume halved between 1931 and 2016.

Farinotti, a professor at the Zurich-based institute, referred to data provided by GLAMOS, a glacier-monitoring network managed by the institute, and explained: “While Switzerland’s glaciers lost half their volume between 1931 and 2016, they lost a further 12 percent between 2016 and 2021.”

“Closely observing this phenomenon and quantifying its historical dimensions is important because it allows us to infer the glaciers’ responses to a changing climate. This information is needed to develop reliable scenarios for future glacier changes,” Farinotti added.

The glaciologists applied a technique known as stereophotogrammetry for their reconstruction. It can be used to determine the nature, shape and position of any object on the basis of image pairs.

The research group used archive image material, which covers 86 percent of Switzerland’s glacial area. Overall, the scientists analyzed around 21,700 photographs taken between 1916 and 1947.

“Based on these photos, we determined the glacier surface topography. If we know the surface topography of a glacier at two different points in time, we can calculate the difference in ice volume,” explained lead author Erik Schytt Mannerfelt.

Throughout the 20th century, the documentation of glacier volume developments was mainly based on a combination of long-term observations, measurements performed in the field and aerial photographs.

From this set of information, glaciologists reconstructed the difference between mass gain and mass loss.
The scientists opted for stereophotogrammetry to determine the condition of glaciers as only a few Swiss glaciers have been the subject of regular on-site measurements.

Relying on solely these sets of data would hold the risk of an accumulation of errors from inaccurate earlier measurements which can lead to large distortions, according to the experts at the Institute of Technology Zurich. The glaciologists’ study reveals that not all glaciers are shrinking at the same rate.

The extent to which they have decreased in volume mainly depends on their altitude, how flat the glacier snout is, and the amount of debris on the glacier. The study also shows that the glaciers have not been losing mass each year.

“The climate in the 20th century was generally unfavorable for glaciers. However, in the 1920s and 1980s, there was sporadic glacier mass growth, with individual glaciers advancing,” Farinotti said.

“There may have been short-term growth. But it’s important to keep the big picture in mind. Our comparison between the years 1931 and 2016 clearly shows that there was significant glacial retreat during this period,” the glaciologist warned.

The Institute of Technology in Zurich is a public research university that was founded by the Swiss government in 1854. The institution focuses on science, technology, engineering and mathematics.

ETH Zurich was ranked 8th in the 2022 edition of QS World University Rankings, an annual publication of university rankings established by British company Quacquarelli Symonds. As of 2021, there are 24,500 students from over 120 countries at ETH Zurich.