The footage was taken by rescuers on a boat operated by the Italian Coast Guard that captured the shocking moment.
By Michael Leidig August 25, 2022
Facebook
Twitter
Linkedin
Email 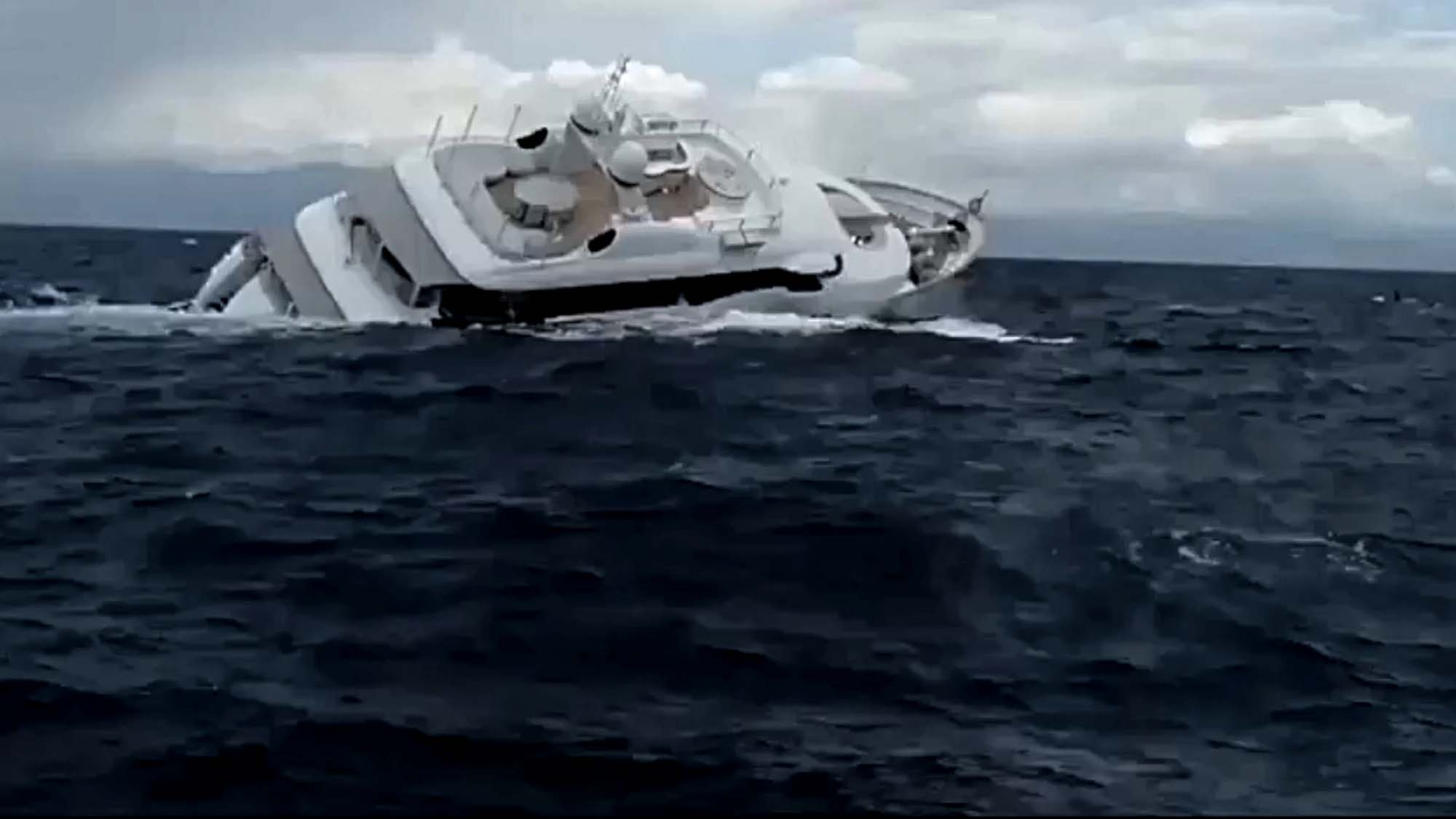 This is the dramatic moment a 130-foot-long superyacht sinks in the Mediterranean off the coast of southern Italy.

The footage was taken by rescuers on a boat operated by the Italian Coast Guard that captured the shocking moment the superyacht sank.
The yacht ‘My Saga’ was nine miles offshore from Catanzaro Marina, in the Calabria region, when it sank.

The images show the vessel leaning on its starboard side before showing it sinking, rear first, with the bow of the boat being the last part of the yacht to be submerged under the water’s surface.
The yacht was flagged to the Cayman Islands and had been cruising between Gallipoli, in Turkey, and Milazzo, in Sicily.

The Italian coast guard service received word from the yacht on the evening of Friday, August 19, that it was taking on water from the stern.
The sinking happened at about 1 p.m. on Saturday, August 20, while it was sailing in the Gulf of Squillace, on the Italian coast of the Ionian Sea.

Maritime rescue officials confirmed they were investigating the accident but made no other comment.
The Italian coast guard, with help from a Romanian coast guard vessel, rescued nine people at dawn on August 20 – five passengers and four Italian crew members — before the ship went under.

Rough seas prevented salvaging the ship with a tug boat, which attempted to tow the private vessel to Crotone. The Italian Coastguard said in a statement: “In recent days, the Crotone Coast Guard was involved in coordinating the rescue to the occupants of a 40-meter [130-foot] yacht, which left Gallipoli and headed for Milazzo, then sunk about 9 miles off the coast of Catanzaro Marina.

“Thanks to the involvement of the CP321 patrol boat of the Crotone Command, as well as a unit operating in a Frontex [European Border and Coast Guard Agency] vessel, and a tugboat stationed at the same Calabrian port, it was possible to rescue the four passengers and five members of the crew.

“The worsening of the weather and sea conditions, with the gradual and increasing inclination of the unit on its starboard side, made any attempt to strand the yacht, which sank in a short space of time, impracticable. The identification of the causes that led to the sinking is at the center of a targeted administrative investigation being conducted by the Command of the Catanzaro Coast Guard.”

The steel-hulled yacht was originally launched in Italy in 2007 as the Yuko.