The images were obtained from the People's Militia of the Donetsk People's Republic (DPR) on Tuesday, August 23.
By Joseph Golder August 25, 2022
Facebook
Twitter
Linkedin
Email 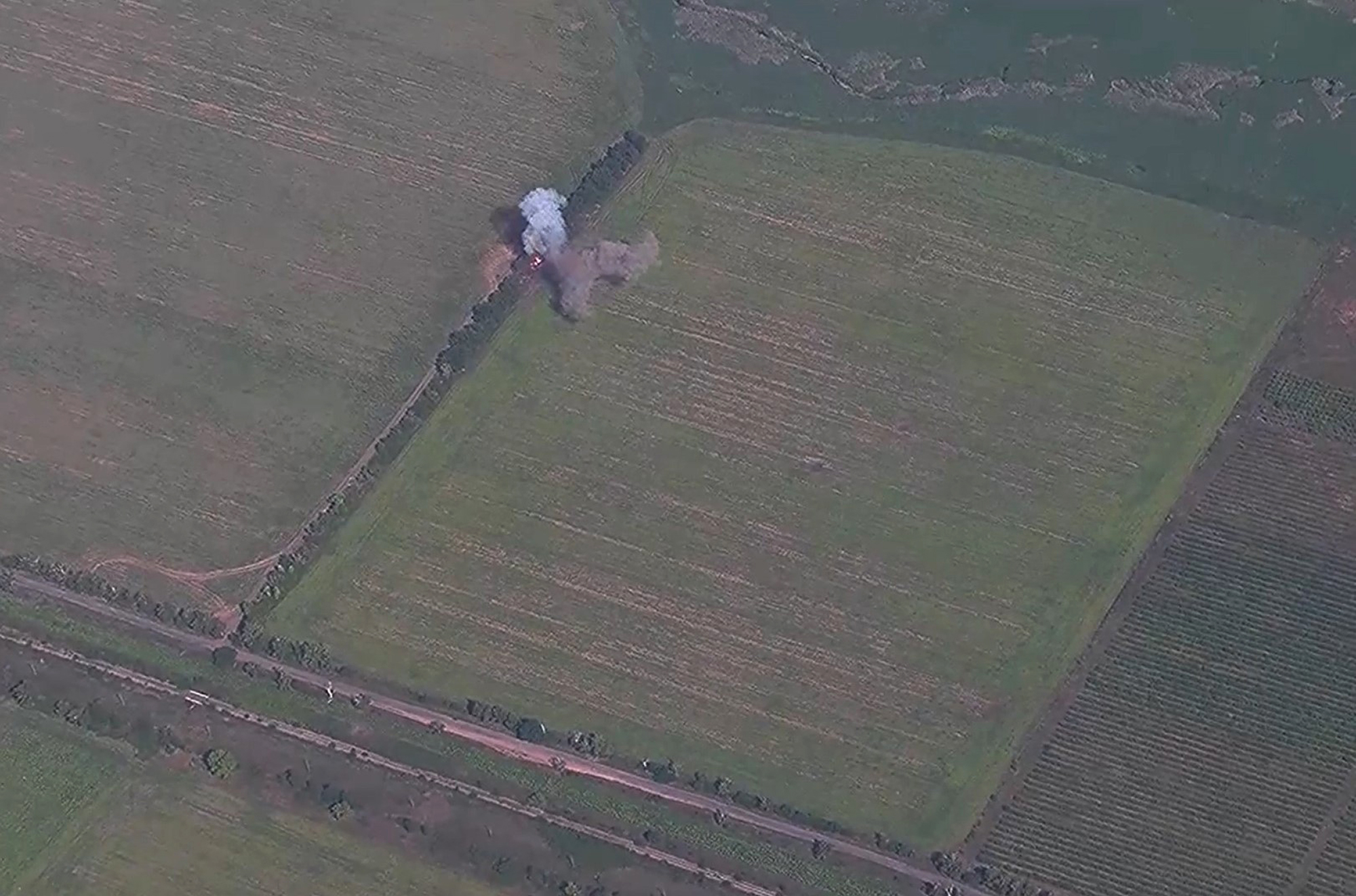 Picture shows an explosion in a field area in the Kurakhove region, Ukraine in undated footage. Artillery of the NM DPR destroyed an American-made M777 howitzer, with the help of which Ukrainian army carried out shelling of Donetsk. (@nm_dnr/Zenger).

The pro-Russian, so-called Donetsk People’s Republic has claimed that its artillery has destroyed an American-made M777 howitzer near the city of Kurakhove in the Russian-occupied, eastern Ukrainian region of Donetsk.

The footage, which appears to have been shot from a drone, shows flames burning among some trees running along the side of a field. The images then cut and appear to show a motionless soldier and some sort of military equipment, but it is unclear if it is an M777 howitzer.

“The American-made M777 howitzer, with the help of which Ukrainian nationalists carried out terrorist shelling of Donetsk, was destroyed in the Kurakhove region.”

The M777 was originally a U.K.-built howitzer designed by the British arms manufacturer BAE Systems. It was first used during the U.S. war in Afghanistan (2001-2021). Current models comprise about 70 percent American-built parts.