The excavation took place in the Betiha nature preserve in Israel, undertaken by Nyack College and Kinneret College of Israel. 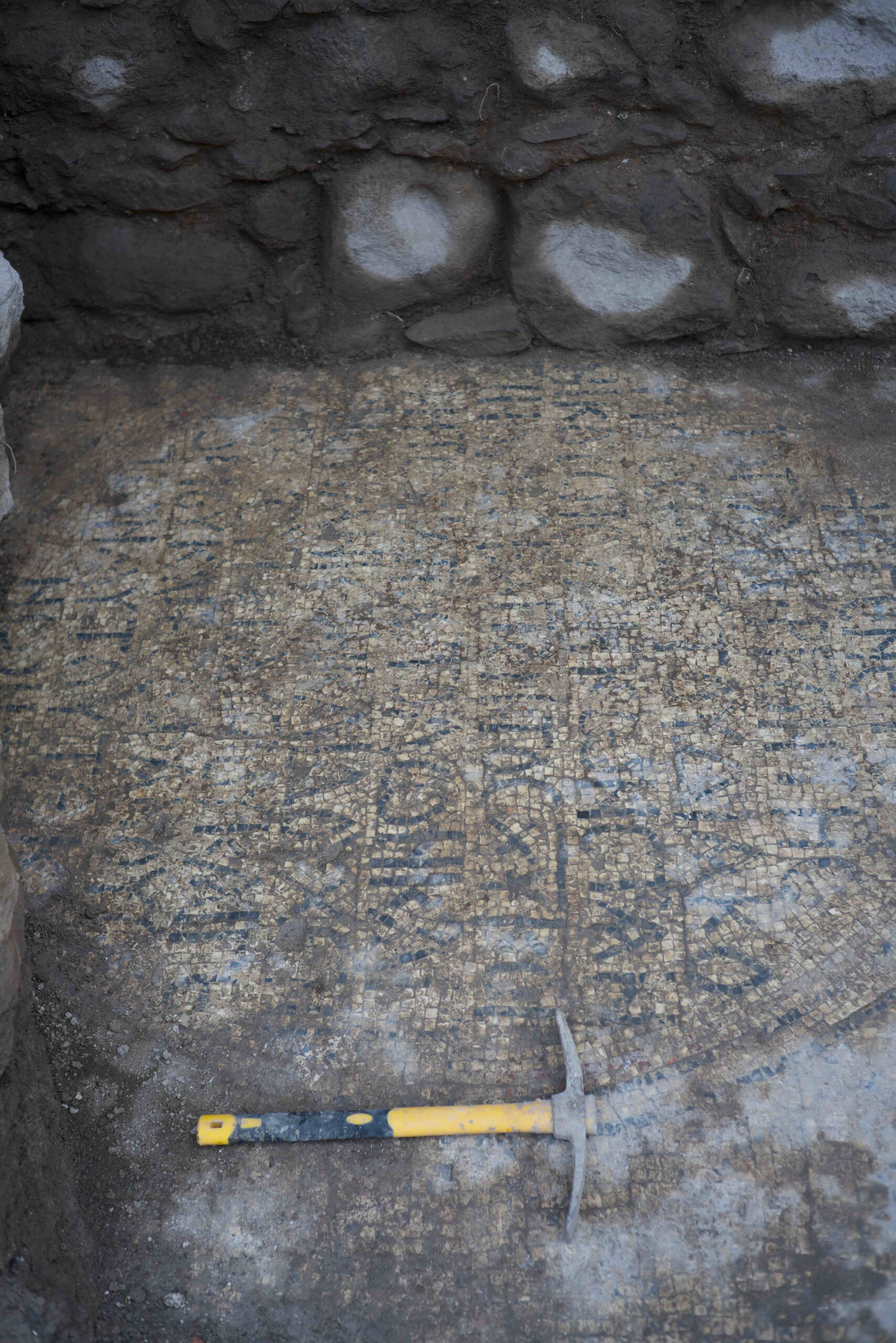 In a stunning claim, archaeologists believe they have discovered the home where once resided principal followers of Jesus Christ–Peter and Andrew.

A team led by archaeologists Mordechai Aviam and Steven Notley brought to light a large Greek inscription at a basilica of the Byzantine era of 1,200 years ago. The inscription refers to donor “Constantine, the servant of Christ,” as well as an intercession naming St. Peter “chief and commander of the heavenly apostles.”

Constantine was emperor of Rome (306-337 AD) and was the first Christian ruler of the empire. The inscription is framed by a round medallion that is part of a larger mosaic floor consisting of tiles called tesserae that once graced the sacristy of the church. The floor also features swirling patterns of flowers.

As used by Christian writers of the Byzantine, or Roman Empire of the East, the title “chief and commander of the apostles” refers to Apostle Peter.

“This discovery is our strongest indicator that Peter had a special association with the basilica, and it was likely dedicated to him. Since Byzantine Christian tradition routinely identified Peter’s home in Bethsaida, and not in Capernaum as is often thought today, it seems likely that the basilica commemorates his house,” said Notley of Nyack College in New York City.

The archaeologists have dubbed the site the “Church of the Apostles.” The excavation took place in the Betiha nature preserve in Israel, undertaken by Nyack College and Kinneret College of Israel, and was sponsored by the Center for the Study of Ancient Judaism and Christian Origins, the Museum of the Bible, the Lanier Theological Library Foundation, and HaDavar Yeshiva.

It is part of efforts to seek the biblical Jewish village of Bethsaida, and its connections to the modern Beit HaBek (al-A’raj) area.

“One of the goals of this dig was to check whether we have at the site a layer from the 1st century, which will allow us to suggest a better candidate for the identification of Biblical Bethsaida. Not only did we find significant remains from this period, but we also found this important church and the monastery around it,” said Mordechai Aviam of Israel who directed the dig.

According to the team, the uncovering of the ancient inscription underscores the belief that the basilica is the same that was described by Bishop Willibald of Eichstätt: an 8th century A.D. Catholic churchman who wrote that the church was built over the house of Peter and Andrew.

While Willibald was traveling from Capernaum on the shore of the Sea of Galilee to the village of Kursi, he overnighted at a place he was told “is Bethsaida from which came Peter and Andrew. There is now a church where previously was their house.”

Roman artifacts found at the site appear to support the witness of Jewish historian Flavius Josephus, who wrote his seminal work “Jewish Antiquities” during the First Century of the Christian era that the village of Bethsaida became a Roman polis or town bearing the name Julias.

According to the Gospel of Matthew, Peter was the first to declare the messiahship of Jesus and was thus considered chief of the apostles. The Catholic Church considers St. Peter the first of a line of popes extant until the present day. The prominence of St. Peter is demonstrated by the Basilica of St. Peter on Vatican Hill in Rome, over the place where he was crucified.

According to the excavators at what they believe is the Church of the Apostles, “It seems his home was likewise commemorated in Bethsaida.”

The archaeologists are cleaning up the site and hope to find further inscriptions confirming it as a shrine to the first pope, as well as its connections to ancient Israel.