“In Donetsk, a shopping center is on fire after shelling from the Ukrainian Armed Forces,” says the DPR.
By Joseph Golder August 25, 2022
Facebook
Twitter
Linkedin
Email 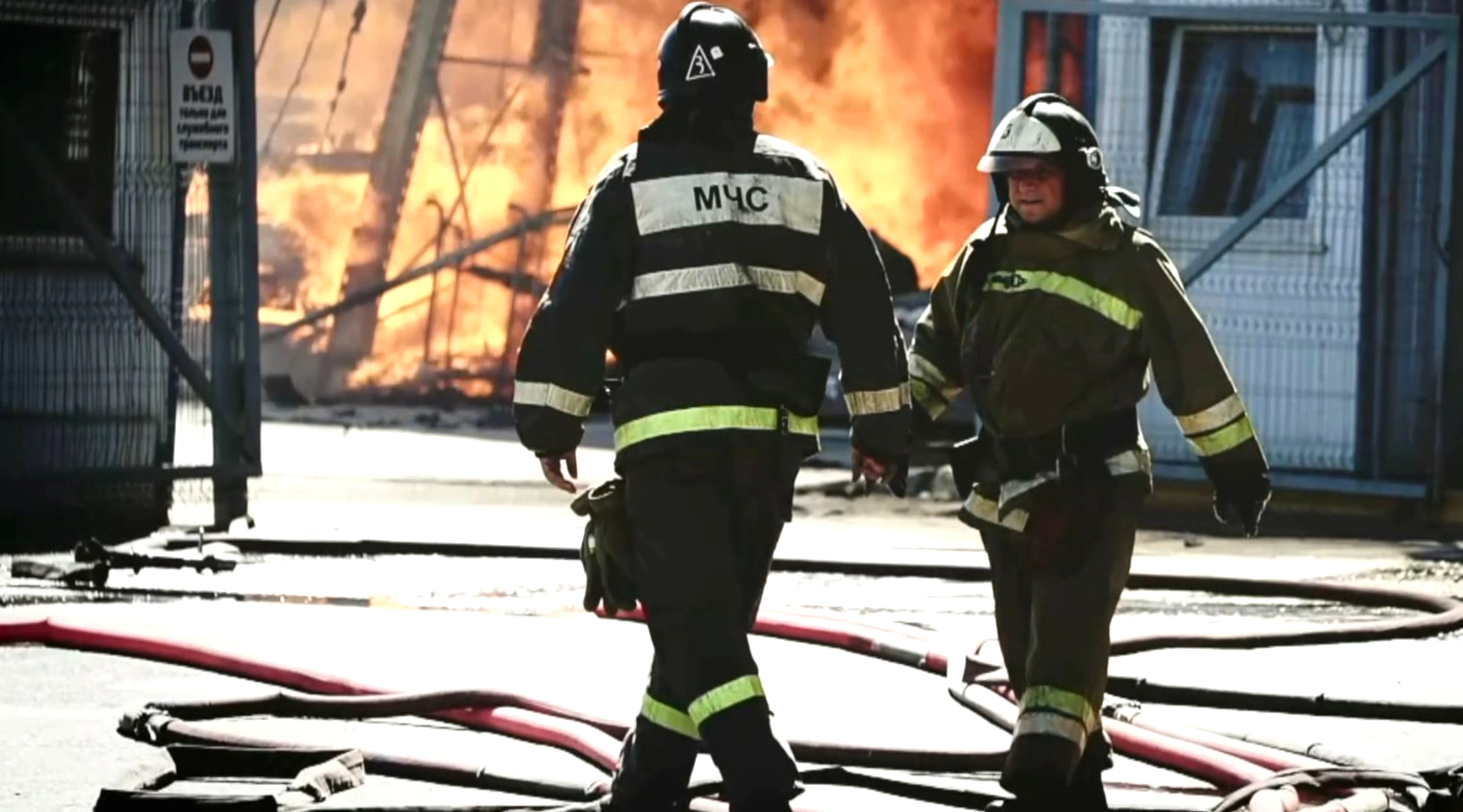 Two firemen of the Ministry of Emergency Situations of the DPR liquidate fire of shopping center Galaktika, Donetsk, Ukraine, Wednesday, Aug. 24, 2022. The fire arose as a result of shelling by Ukrainian forces. (@nm_dnr/Zenger).

The pro-Russian, so-called Donetsk People’s Republic has accused Ukraine of shelling a shopping center in Donetsk.

The Donetsk People’s Republic–DPR–accused Ukraine of shelling the Galaktika hypermarket, located on Shutova street in the occupied city of Donetsk. Footage obtained from pro-Russian authorities of the breakaway region purports to show the building ablaze after being hit by missiles. Emergency services workers can be seen tackling the blaze.

The DPR said today, on Wednesday, August 24, in a statement: “In Donetsk, a shopping center is on fire after shelling from the Ukrainian Armed Forces.

“This time, employees and visitors to the Galaktika shopping center, located in the Shiroky microdistrict, were under attack. Eyewitnesses report huge clouds of smoke rising up and visible from different parts of the city. At the moment, the fire brigades of the Ministry of Emergency Situations of the DPR are fighting the fire that arose as a result of this criminal shelling by Ukrainian nationalists.”

And the Emergency Service of the DPR said in a separate statement: “Today at 10.00 a.m. on the ‘101’ line, we received a message about the hit of an explosive object on the ‘Galaktika’ shopping center, located in the Kirovsky district of Donetsk on Shutova street.

“Fire and rescue units were immediately sent to the scene of the incident at an increased call number.

“At the moment, employees of the Ministry of Emergency Situations are extinguishing the fire on the trading floor, as well as two racks with paint and varnish products on the territory of the summer trading floor. According to preliminary information, the fire area is 5000 square meters [53,819 square feet]. The operational situation is being specified.

“From the Ministry of Emergency Situations of the DPR: 20 departments on fire trucks, 2 ladders, 2 auto-articulated lifts and the fire fighting service of the Crisis Management Center. Also, additionally sent to the place: an air-foam extinguishing vehicle, a fire pumping station, and a hose truck.