The images also show at least one of the bombers being escorted by a fighter jet during the training exercise.
By Joseph Golder August 25, 2022
Facebook
Twitter
Linkedin
Email 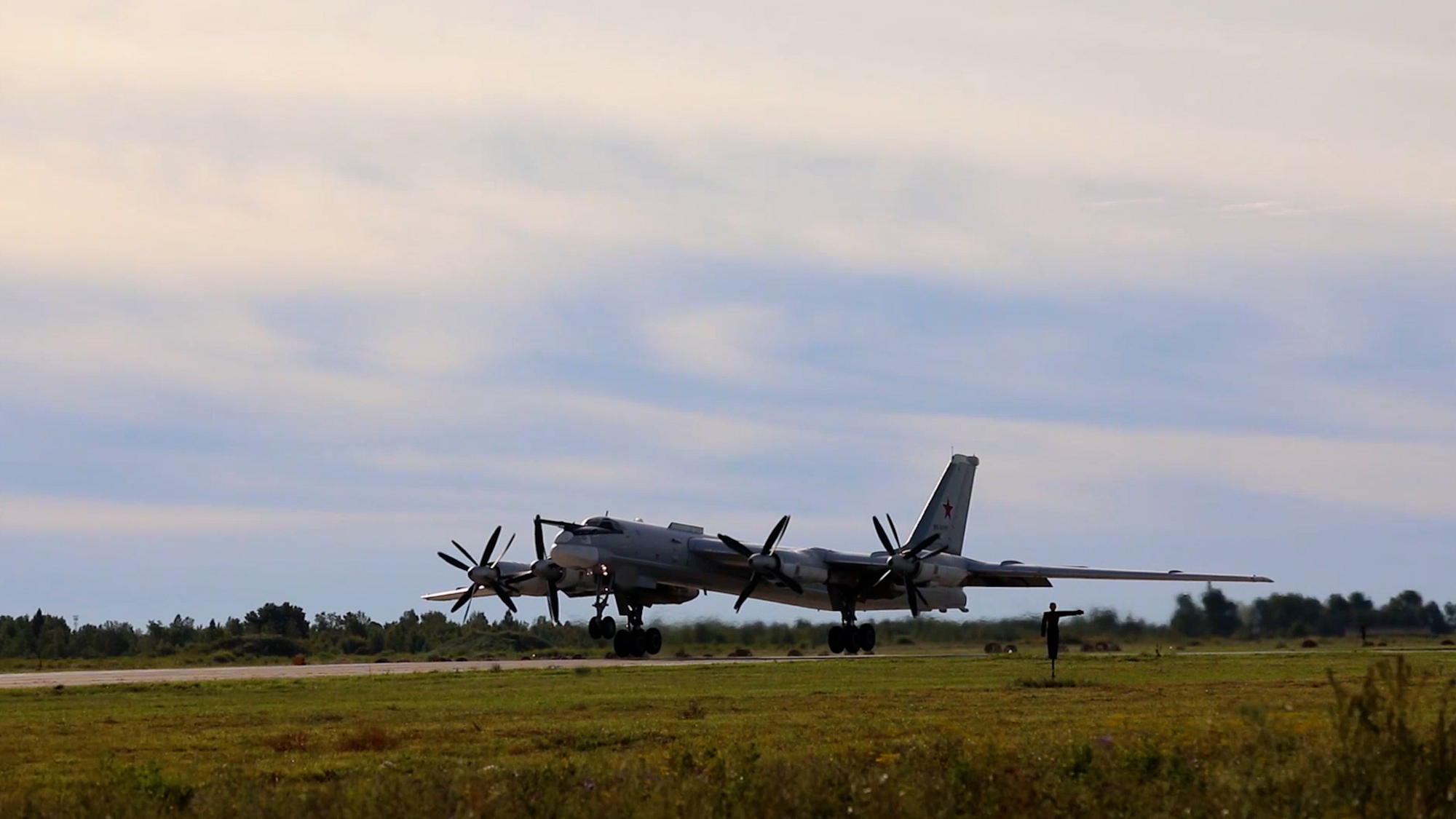 Strategic missile carrier Tu-95ms of long-range aviation flies from landing strip in Russia in an undated footage. Planned flight in the airspace over the neutral waters of the Sea of ​​Japan was about 7 hours. (@mod_russia/Zenger)

This footage shows Russian missile carriers reportedly on an exercise flight that lasted seven hours over the Sea of Japan.

The footage shows Russian aircraft taking off from an undisclosed location and flying over what the Russian Ministry of Defense claimed on Tuesday, August 23, was neutral airspace over the Sea of Japan before returning to base in a mission that lasted seven hours.

The images also show at least one of the bombers being escorted by a fighter jet during the training exercise.

The Russian Defense ministry claimed in a statement, also obtained on August 23, that the images show how “two Tu-95MS, long-range strategic missile carriers performed a planned flight in the airspace over the neutral waters of the Sea of &ZeroWidthSpace;&ZeroWidthSpace;Japan.”

The Russian MoD also claimed: “The flight duration was about seven hours. Fighter escort of the Tu-95ms aircraft was provided by the crews of the Su-30cm of the Russian Aerospace Forces.

“At certain stages of the route, the strategic missile carriers were escorted by F-16 fighters of the Republic of Korea Air Force.

“All flights of aircraft of the Russian Aerospace Forces are carried out in strict accordance with international rules for the use of airspace.

The Tu-95MS, a variant of the Soviet Union’s first intercontinental strategic bomber that was originally used in the early 1950s, has undergone significant upgrades since the 2000s.

In March, the Air Force of the Armed Forces of Ukraine said that Russia had used a Tu-95MS to launch missiles on the western-central Ukrainian city of Vinnytsia from an area in the Black Sea.

The Ukrainian Air Force said at the time: “According to the updated information, eight missiles, presumably X-101s, which have a long-range, up to 5,500 kilometers [3,417 miles], were launched from strategic bombers, Tu-95ms and Tu-160, from the Black Sea area.”

The Su-30 is a Russian fighter jet geared toward air-to-air combat, while the F-16 is an American fighter jet that was originally built for the U.S. Air Force. The Republic of Korea, also known as NATO ally South Korea, operates over 180 F-16s.