Footage shows how the different teams are pitted against each other during a series of events, from August 13 to August 27.
By Joseph Golder August 25, 2022
Facebook
Twitter
Linkedin
Email 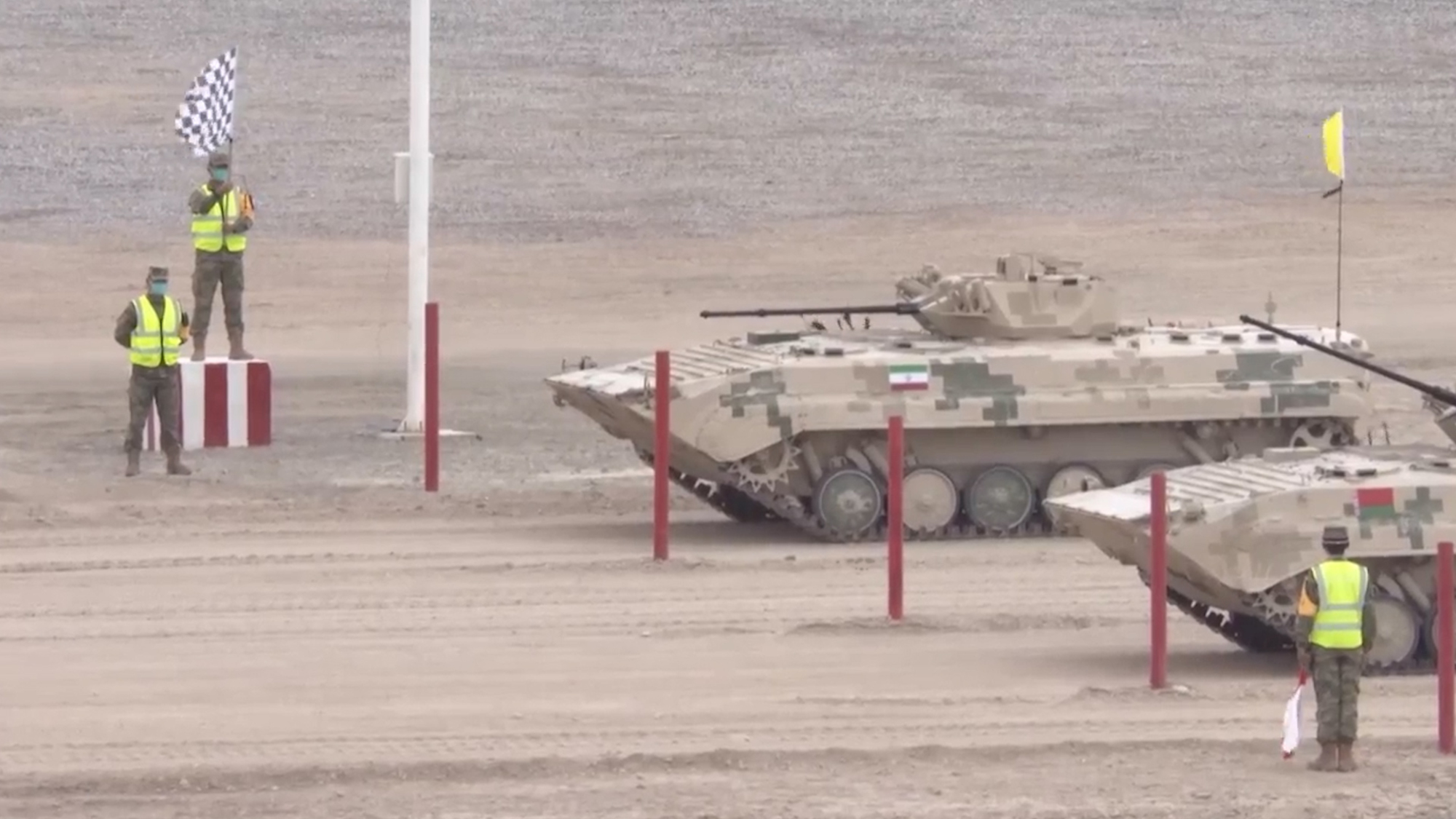 Russia, which has reportedly lost 45,550 personnel and 1,921 tanks in Ukraine, has landed only third place behind China and even tiny Belarus during a tank relay race at its very own ‘War Olympics.’

The ‘International Army Games’ – ‘ArMI-2022’ – is an annual event organized by the Russian Ministry of Defense and this footage reportedly shows tanks from some of the nearly 40 participating countries taking part in the off-the-wall ‘sports’ event during a leg hosted at a training ground in Korla, a city in China’s Xinjiang province.

The footage shows how the different teams are pitted against each other during a series of races and events, from August 13 to August 27.

Zenger News also obtained a statement from the Russian defense ministry on Monday, August 21, saying: “In China, Russian motorized riflemen won bronze medals in the competition ‘Suvorov Onslaught’. At the Korla training ground, the crews of infantry fighting vehicles completed the competition in the Suvorov Onslaught competition of the International Army Games – 2022.

“The teams of China and Russia, Belarus, and Iran met in the final race. The Venezuelan team, following the results of the ‘Individual race’ stage, did not reach the final.

“Three crews from each team participated in the final stage of the ‘Relay race’, alternately performing on one combat vehicle for four laps of a competitive track 11 kilometers [nearly 7 miles] long, overcoming 11 obstacles: a model of a rut bridge, a comb, two slopes, a ledge, a ford, a rut passage in a mine – an explosive barrier, a mound, two fire lanes and an anti-tank ditch with a passage – and also fired at various targets.

“The best time in the “Individual race” of the Russian team was shown by the BMP-3 crew consisting of commander Viktor Murach, gunner Semyon Kovalenko and driver Nikita Prokopenko, who improved the result of last year by 1.5 minutes.

“At the end of the competition, the winners and prize-winners were awarded medals and memorable gifts, the winning team of the Challenge Cup.

“On August 23, in the People’s Republic of China, the first stage of the “Safe Route” competition starts at the training ground of the PLA [People’s Liberation Army – the Chinese Army’s] Ground Forces ‘Korla’.”

The Russian statement had said ahead of the competition, on July 6: “The 2022 International Army Games will be held from August 13 to August 27. A total of 36 competitions are planned to be held. The ARMI-2022 competitions will be held on the territory of 12 states: Azerbaijan, Algeria, Armenia, Belarus, Venezuela, Vietnam, Iran, India, Kazakhstan, China, Russia, Uzbekistan.

“For the first time, one of the game competitions will be held on the South American continent – ‘Sniper Frontier’ is entrusted to Venezuela. Currently, 275 teams from 37 countries have confirmed their participation in the Army Games. Teams from Niger and Rwanda will take part in the games for the first time.”