Mayan Ruler Reincarnated As The God Of Corn In New Discovery

The limestone disk was discovered after a crypt was found on the north side of the Temple of the Sun.
By Alice Amelia Thomas August 25, 2022
Facebook
Twitter
Linkedin
Email 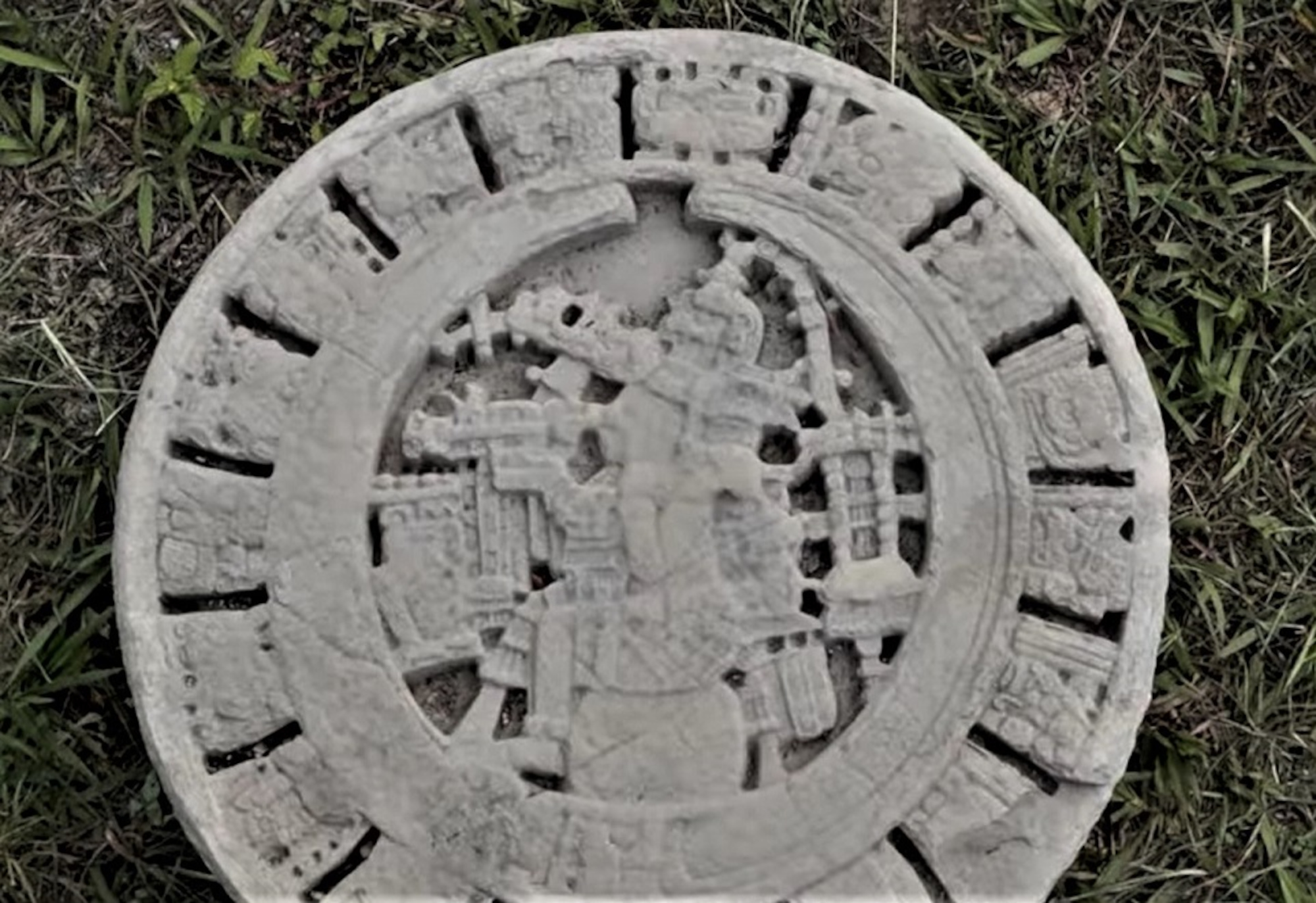 The stone disc with the iconographic representation of the young maize god, undated. It was recovered in 2021, in the Temple of the Sun of the Archaeological Zone of Tonina, Mexico. (INAH/Zenger)

An ancient ruler embodied by the Mayan god of corn in the underworld can be seen on an astonishingly well-preserved stone disk recently extracted from the Temple of the Sun in Mexico.

The figure appears to be seated on a throne and is wearing a jade beaded skirt along with a serpent mask headdress. This is according to the archaeologist in charge of the investigation and conservation of the site, Juan Yadeun Angulo.

The limestone disk was discovered after a crypt was found on the north side of the Temple of the Sun, a stone complex that is found in the pre-Hispanic archaeological site of Tonina in the Mexican state of Chiapas, following a statement obtained by Zenger News by the Government of Mexico, on Monday, August 22.

The disk–which measures 17 inches in diameter and is 3.5 inches thick–makes reference to an event in the year 505 AD that took place 260 days after the death of a governor in the Mayan kingdom of Po´p.
The disk places the governor in the underworld as a reincarnation of the god of maize as he is reportedly represented as dead in a kingdom belonging to a jaguar lord of the underworld.

This is just before the moment of his rebirth in the form of a corn plant accompanied by the sun, as explained by specialists. The new discovery sheds a light on the cosmic universe and the rituals shared between Po’p, located in Tonina, and the kingdom of Lakamha’ (‘Big Waters’), situated in a neighboring zone called Palenque.

This is despite an intense political rivalry between the two realms that resulted in a bloody war in 687 AD that lasted for 24 years.

Yadeun added: “Those 24 years of war were the last straw that ended the Classic Mayan world, characterized by the rise of great lords, to give way to an epic era, in which small and numerous estates divided power. (The disk) reveals a shared religious tradition around the god of corn, the most important of the classical world.”

The objective of the war was to gain control of the basin of the Usumacinta river in Mexico in order to control the agriculture, economy and way of life in the Maya Lowlands. The disk was originally recovered in 2021 by specialists from the National Institute of Anthropology and History (INAH) in collaboration with the Ministry of Culture.

This was after the crypt in which the remains of Mayan rulers are believed to been turned into balls used for sport was recently discovered.