Noah, who trains every day, has mastered the volley shot and almost always lands the ball in the top corner.
By Simona Kitanovska August 25, 2022
Facebook
Twitter
Linkedin
Email 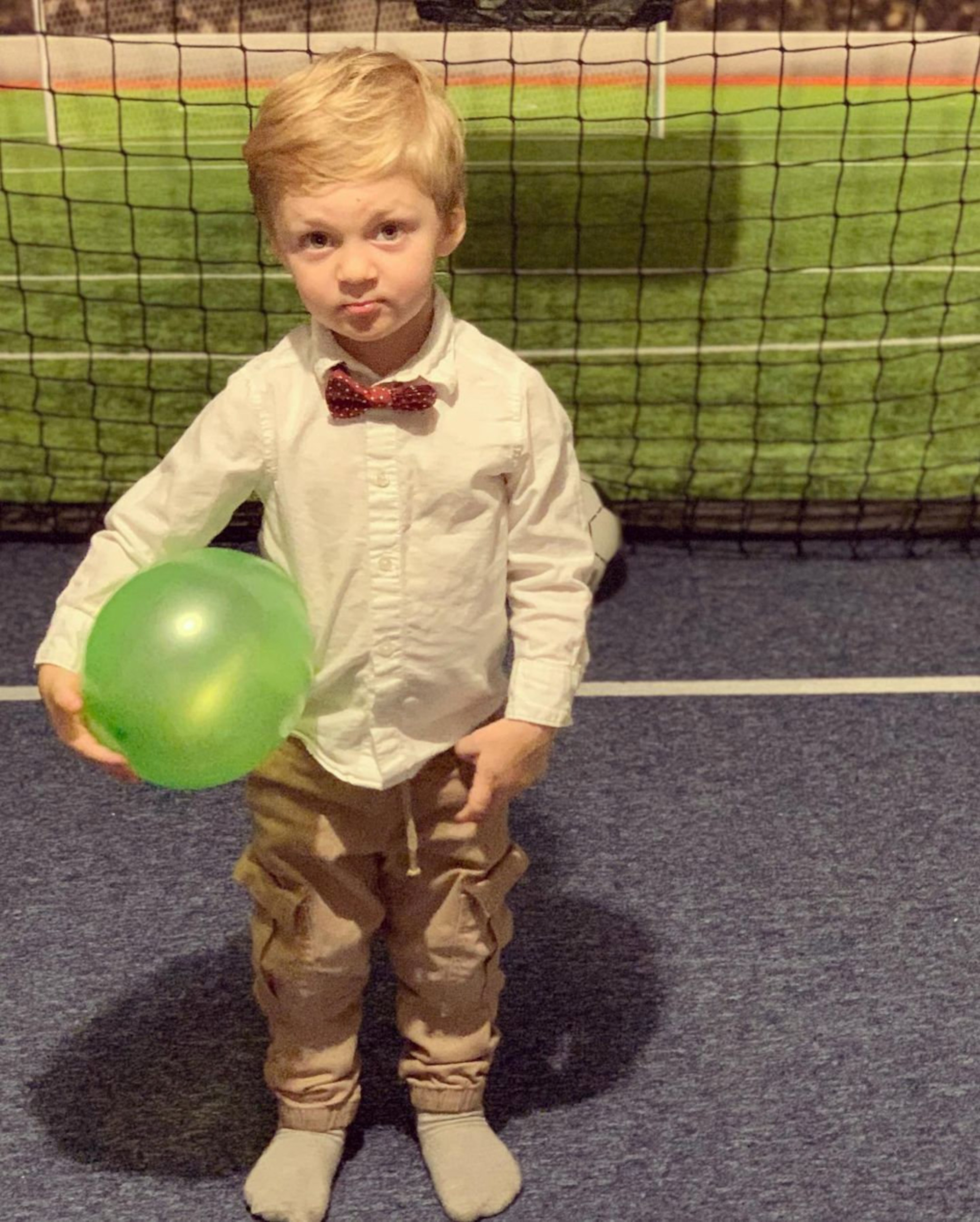 Young Noah Appelvik Berg showing off his football skills in undated photograph. The four-year-old soccer prodigy has been scoring goals since he was in diapers and is now a TikTok superstar. (Rickard Berg, SWNS/Zenger)

Meet the four-year-old soccer prodigy who has been scoring goals since he was in diapers and is now a TikTok superstar.

Proud dad Rickard Berg, 38, started recording his son Noah playing football when he was aged one. Noah loved kicking all sorts of balls around when he was a toddler, so dad Berg decided to give him some soccer balls to play with.

Berg hoped that his son would fall in love with tennis and had built a small court in the basement of their house. But after seeing how much his son loved soccer, he repurposed the court and added a goal to encourage his son to do what he loved best. Berg, who works at a medical machine manufacturing company in Umeå, Sweden, has unbelievably never played soccer himself, and Noah’s skills are all self-taught.

He said: “I watch big football [soccer] games but I don’t play myself. I wanted him to play tennis if anything – that’s why I made a tennis court in the basement! Noah got his love for football [soccer] all by himself and his skills are all his own doing.”

Berg began posting videos to the social media app TikTok in March 2020 after seeing a viral video of another child playing soccer. He decided to follow suit and began posting videos of his son’s skills and they quickly gained popularity – by the end of March, he had nearly 2 million views combined.

Noah, who trains every day, has mastered the volley shot and almost always lands the ball in the top corner. Berg added: “He doesn’t have a favorite trick yet, he just loves to score goals! What he does best for his age is volleys – he is really, really good at them.”

The boy hasn’t yet been scouted by any soccer teams, however, Berg noted that there are no academies in or around Umeå that have teams for players as young as him. He emphasized that he doesn’t have any special plans for Noah’s future and wants his son to continue to do whatever he loves.

Berg said: “I will always support as much as I can. If he wants to play football [soccer] I will train with him as much as he wants. In the same way that if Noah wants to play the piano, I can start taking some piano lessons to help him out and be a part of what he wants.”

He hopes that his videos of Noah inspire other children to do what they love, especially if that is exercise and play – which he stresses are very important for children. He said: “Right now, football [soccer] and agility are what Noah loves so that’s what we focus on. In a year it could be something completely different – which I will always support and them him with.”

He described the online response as ‘absolutely amazing’, saying that thousands of people from around the world have been really kind about Noah and his talents. Berg posts clips of Noah to Instagram and TikTok regularly, updating his 2.4 million followers of his son’s latest tricks.