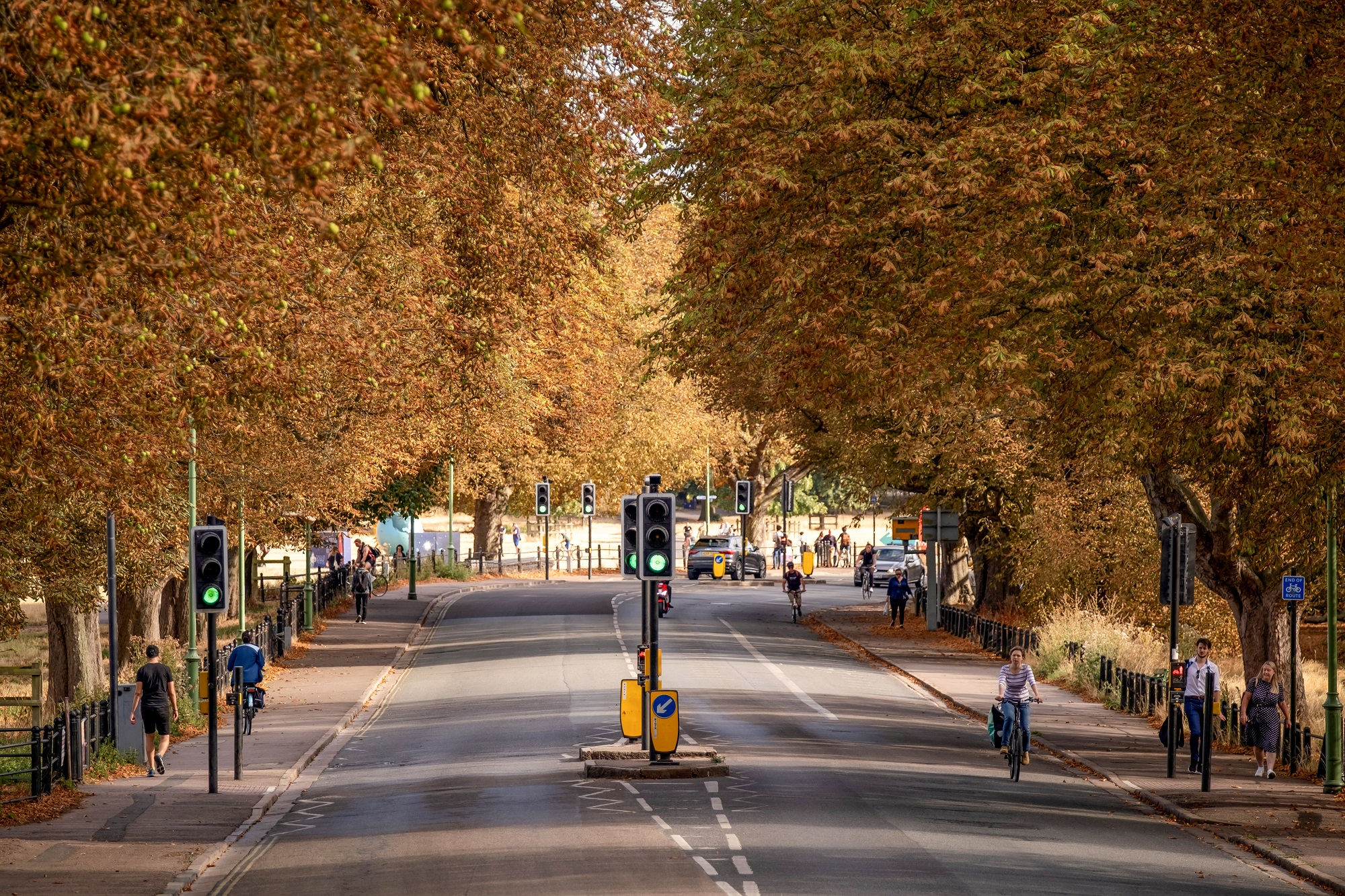 Britain’s trees have turned a sea of orange and dropped their leaves as extreme temperatures and drought have caused a ‘false autumn’.

Striking images across the country reveal golden-brown branches and dried-up leaves along footpaths much earlier than usual. The unexpected seasonal shift shows the effects of an exceptionally dry summer, also known as a “false autumn.”

Experts say the recent heatwaves and drought have pushed Britain’s trees into “survival mode.” In the events made more likely by climate change, some trees are abandoning their normal seasonal cycle and closing down early in an attempt to survive by saving water and energy.

Leaves turning prematurely brown and being shed are signs that a tree is stressed and attempting to conserve water which would otherwise be lost in the normal process of photosynthesis. A leading local nature conservation charity say it is a problem which is especially apparent in young trees which lack the deep root systems that older trees use to reach water.

Devon Wildlife Trust is now warning that this “false autumn” may also be a sign of wider problems for wildlife when October and November arrive – as the usual bounty of wild foods may already be diminished, leaving a real risk of shortage for birds and other mammals.

The charity has seen evidence of the ‘false autumn’ at many of the 60 nature reserves it manages across the county.

“Many trees are also shedding their leaves two or even three months ahead of when we’d expect them to.
A member of our nature reserves’ team told me that in the 30 years he’s been working on his sites he’s never known it to be drier and for so many trees to have experienced leaf loss so early in the year.

“For some trees this may be the last straw – the long dry spell will mean they won’t be able to survive. For others, it could mean they are weakened and more open to tree diseases in the future,” Devon Wildlife Trust’s Steve Hussey said.

British conservation charities like Devon Wildlife and the Woodland Trust have also received its earliest ever report–in June–of ripe blackberries in the south of England, with elder and holly also fruiting earlier than usual.

Hawthorn berries, hazelnuts, and other fruits are also among those appearing much earlier than usual. Other reports have suggested that the lack of rain in the summer has also made many wild fruits smaller and ‘less juicy’ than normal.

Despite some recent rainfall, Devon Wildlife Trust is advising that the public continue to put out a regular supply of water in their gardens and make sure this is available at ground level for animals–including hedgehogs and badgers–and bird baths off the ground.

“Nature’s timing is everything for our wildlife. The climate crisis is bringing with it seasonal weather patterns which our wildlife is just not adapted to. Our long, hot summer and the ‘false autumn’ will have a knock-on for many species right into the real autumn months and beyond,” said Hussey of Devon Wildlife Trust.