"I was really shocked when I got home that evening and started going back through the photos of the day.”
By Simona Kitanovska August 25, 2022
Facebook
Twitter
Linkedin
Email 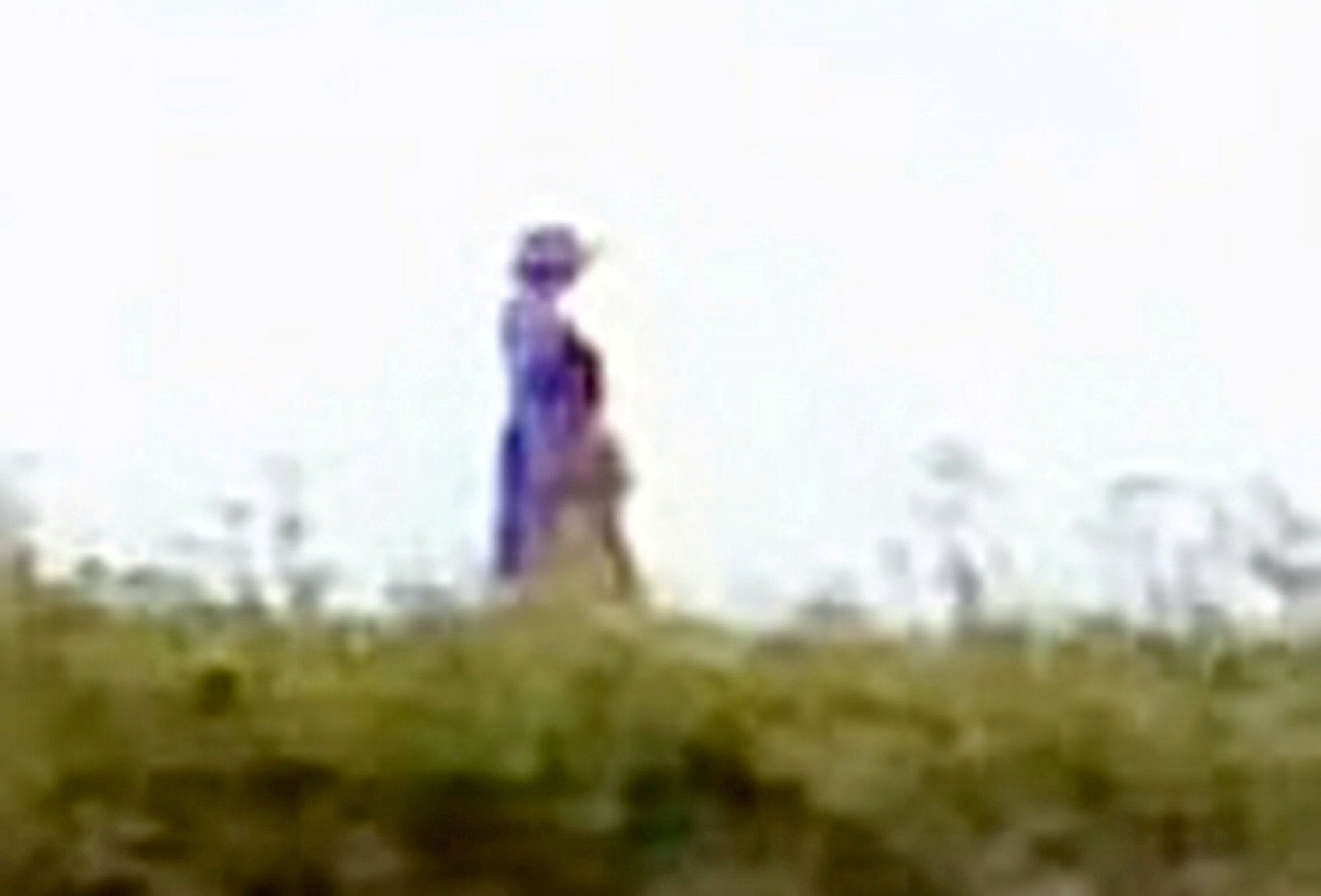 The ghostly figure of the lady standing behind the group of people, photographed by Mandy Steel, in Tynemouth Castle and Priory, in the U.K., on August 13, 2022. Steel is now convinced she has managed to capture a paranormal spirit on camera at the historic site, which dates back to the 7th century.(Mandy Steel,SWNS/Zenger)

A mother was left spooked after capturing an eerie image believed to be the ghost of a woman in Victorian dress standing in the ruins of a medieval fortress in the United Kingdom.

Mandy Steel, 45, snapped the ghostly figure during a family outing to Tynemouth Castle and Priory, in North Tyneside, in England’s border region next to Scotland, with her son and daughter on August 13. The cleaner, of Sunderland, England, only noticed the chilling apparition when she returned home later that day and started going back through her photos.

In one of her snaps, she spotted a mysterious figure dressed in old-fashioned clothing including a long hat and coat near the cliffside graveyard. But in another photo taken by her daughter Lynette, 22, at the same time in the same spot there is no sign of the ghostly woman.

Steel said none of her other pictures show a woman in a hat and coat and everybody was wearing summer clothes because it was a hot and sunny day. She is now convinced she has managed to capture a paranormal spirit on camera at the historic site, which dates back to the 7th century.

“I was really shocked when I got home that evening and started going back through the photos of the day.
What jumped out to me was the costume. It was a sunny day with hazy fog coming across. We were all in shorts and t-shirts but she was in a full dress.

“That hat is not from our time period, even the dress, and she was looking out onto South Shields beach,” said Steel, a mother of two.

“The place has got a big history so I started researching and found there had been ghost sightings before of a Viking called Olaf. There was also talk of a woman in white, but this one doesn’t appear to be wearing white, so it’s a mystery as to who she might be.

“I tried contacting the priory and the National Trust to see if they could provide any historical context but they were no help at all. I do believe in ghosts. People say I’m stupid for it but now we have big proof,” Steel continued.

In February last year, Newcastle paranormal investigator Kayleigh Woods claimed to have photographed a ghost at the Benedictine priory. Many believed that the black shadow in the shape of a person was a Viking named Olaf who is rumored to haunt the site.

Tynemouth Castle and Priory was founded early in the 7th century, reportedly by Edwin of Northumbria, the Anglo-Saxon king of Northumbria from 616 to 633. He is one of three kings buried at the site after he was murdered in 651 by the soldiers of King Oswiu of Bernicia.

He later became St. Oswin and his burial place became a shrine visited by pilgrims. Osred II, who had been king of Northumbria from 789 to 790, is also buried there after he was deposed and murdered in 792.

The third king to be buried at Tynemouth was Malcolm III, King of Scotland, who was killed at the Battle of Alnwick in 1093. The coat of arms of the site bears three crowns in commemoration of the monarchs buried there. In 1538, King Henry VIII seized the monastery and razed its buildings, with the exception of the prior’s residence and church. The site was later converted into a fortress.