On average, the amount of soot in the lower troposphere in southern and western Europe fell by 41 percent.
By Michael Leidig August 25, 2022
Facebook
Twitter
Linkedin
Email 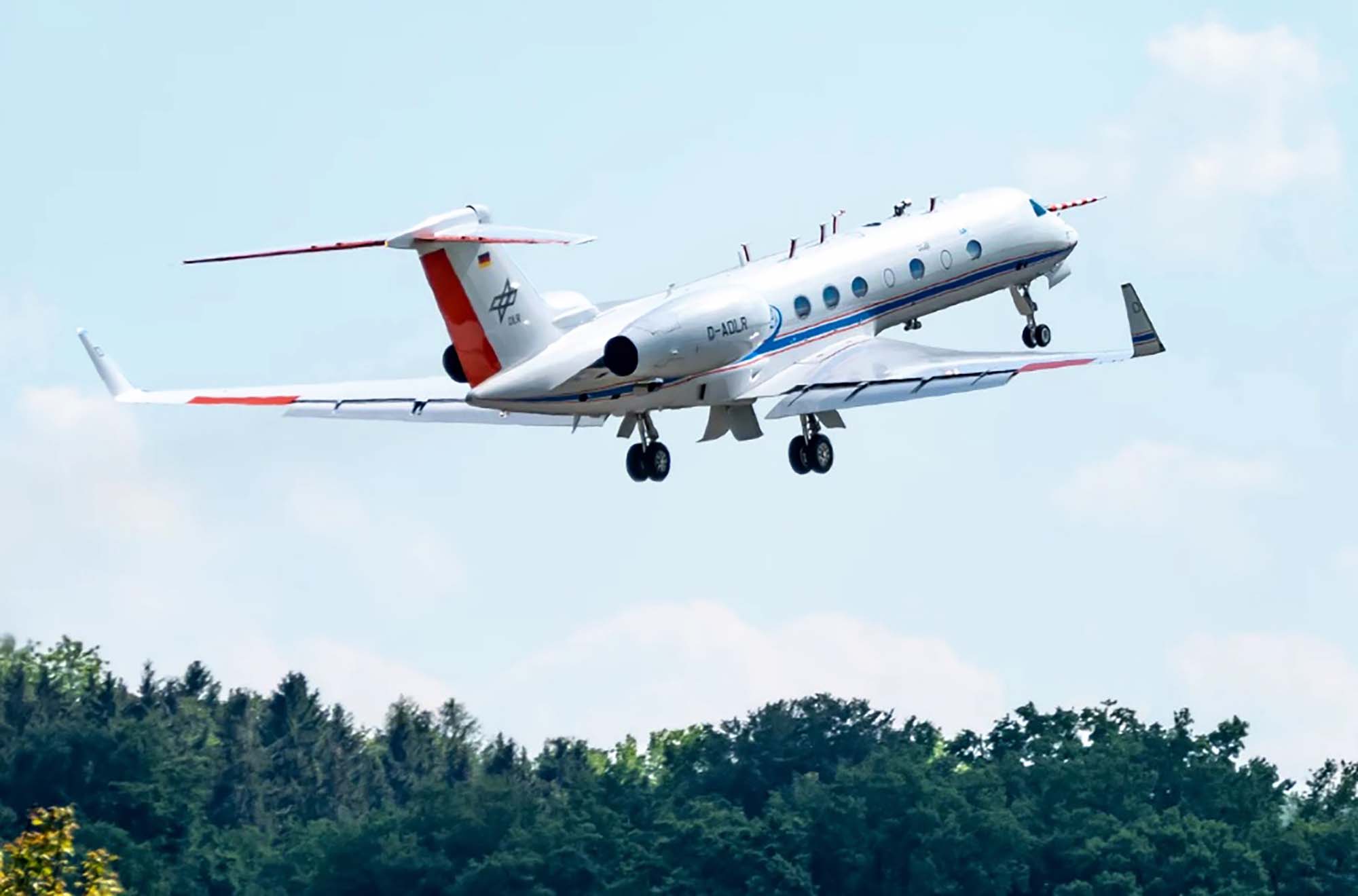 Image shows the HALO research aircraft launched into an almost empty airspace during the COVID-19 lockdown in May 2020. The aircraft investigated the influence of limited mobility on air quality during the Bluesky research campaign in Germany. (DLR/Zenger)

Lockdowns for COVID-19 in the early summer of 2020 ensured the amount of soot in the atmosphere was almost halved, with benefits to the climate and health.

The reductions in soot concentrations in the atmosphere occurred all over western and southern Europe, according to the research carried out in a comparison of two measurement campaigns by the German research aircraft HALO from 2017 and 2020.
It found that about 40 percent of the reduction was due to reduced emissions from human activity.

The team from the Max Planck Institute for Chemistry, the University of Bremen, the Johannes Gutenberg University of Mainz, and the German Center for Aerospace reflected the strong impact of human activities on air quality and the importance of black carbon as a major air pollutant, and climate driver in the Anthropocene era dominated by human activity.

During the COVID-19 lockdowns at the beginning of 2020, the research team flew over Germany, the Benelux countries, Great Britain, France, Spain and Italy covering a larger part of Central, Western, and Southern Europe.

As part of the BLUESKY campaign, it determined the mass of soot and the particle number concentrations in the lower troposphere with the help of the research aircraft HALO (High Altitude and LOng range) both in the area and in the vertical profile.
The team then compared the results with measurements from July 2017.

At that time, the researchers had examined the area under “normal”, i.e. pre-corona conditions, as part of the EMeRGe EU campaign.
The comparison showed a significant improvement in air quality caused by the pandemic.

On average, the amount of soot in the lower troposphere in southern and western Europe fell by 41 percent.
This enormous number was verified with the help of traffic data and information on gasoline consumption during the lockdown times.

The researchers attribute the decline to two main reasons: ongoing efforts to reduce black carbon emissions in Germany and Europe (three to nine percent), and restricted mobility due to the pandemic lockdowns, which accounted for 32 to 38 percent.

The comparative data was also incorporated into an earth system model in order to determine what effect fewer soot emissions in Europe would have on the climate in the long term.
The background is that soot near the ground is not only a part of fine dust that is particularly harmful to health.

Up in the atmosphere, the tiny particles contribute to global warming because their dark surface heats them up and gives off heat to the environment.
However, unlike long-lived greenhouse gases like carbon dioxide, soot is short-lived, staying in the atmosphere for only a few days to weeks.

“Reduced soot emissions through less burning of fossil fuels such as diesel, coal, oil or wood would also help the health of millions of people relatively quickly.

“In addition, our measurements and model calculations show that less soot in the atmosphere makes an important contribution to curbing climate change,” said Mira Pohlker from TROPOS in Leipzig, Germany.

The atmospheric researcher, who also does research at the Max Planck Institute for Chemistry in Mainz, hopes that some changes in behavior during the COVID period, such as more video conferences and working from home and thus fewer flights and trips to work, will be retained. “I think the pandemic has provided impetus for a turnaround.”

Pohlker and the team are currently working on a new study and are also bringing psychologists on board.
They want to find out whether offers like cheap tickets can actually lead to a lasting change in people’s mobility behavior.

“In addition to a general reduction in traffic, it is also important to create incentives for low-emission mobility. In my opinion, heavily subsidized local public transport is an important stimulus, the effect of which on air pollution can now be quantified,” Pohlker added.