Sophia was diagnosed with keratoconus-a condition in which the cornea is unable to hold its round shape.
By Simona Kitanovska August 25, 2022
Facebook
Twitter
Linkedin
Email 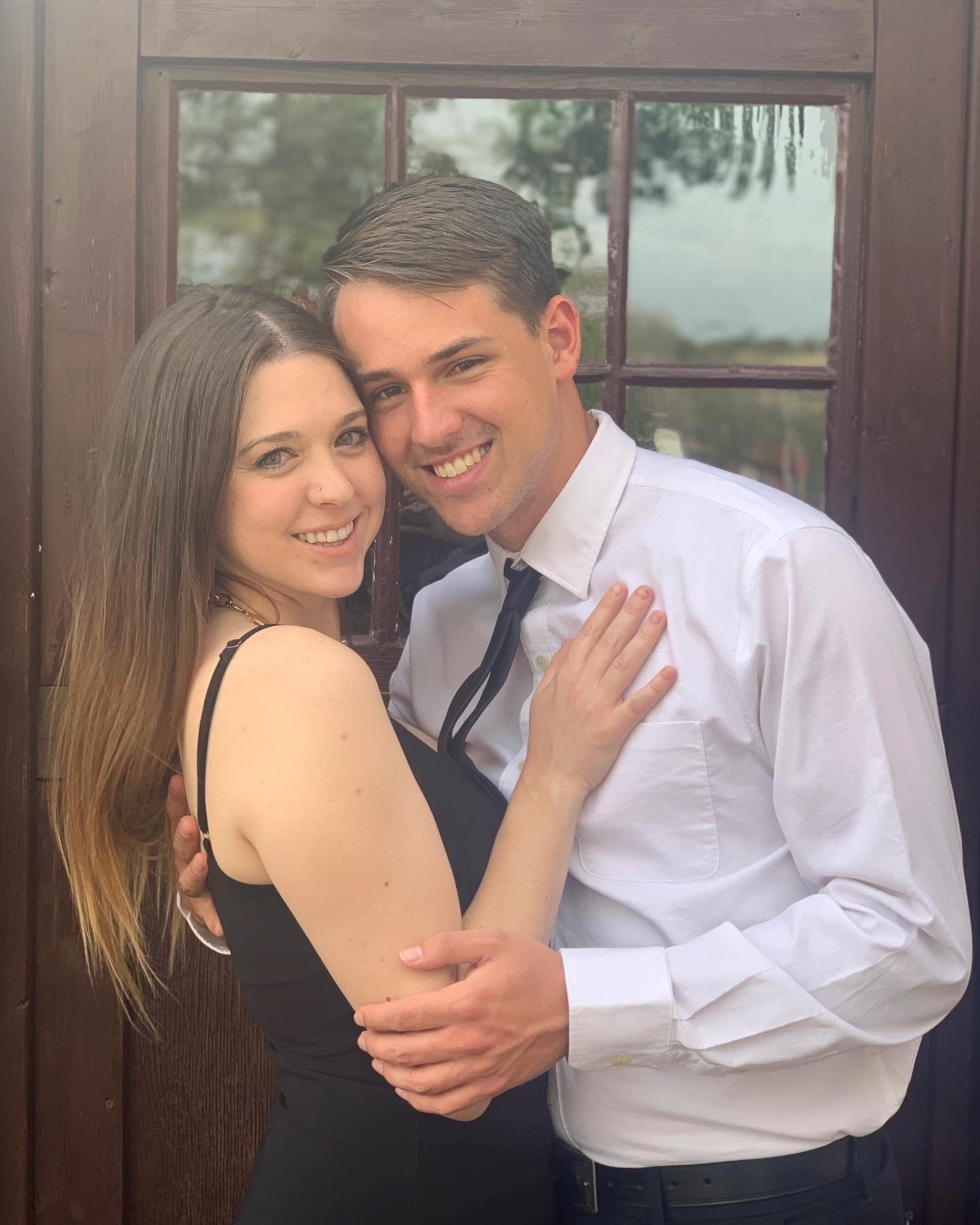 Sophia and Christian Corah pose in an undated photo. Sophia, who used to be blind and had recently regained her vision, says her husband is just as handsome as she had imagined. (Sophia Corah,SWNS/Zenger)

A blind woman who regained her vision said her husband was “just as handsome as I imagined.”

Sophia Corah, 24, suddenly woke up with poor eyesight in May 2017 and quickly found her vision declining before she was declared legally blind in August 2017.

Sophia was diagnosed with keratoconus – a condition in which the cornea is unable to hold its round shape.

She went to Adams State University in Colorado, where she studied psychology and met Christian Corah, 25, and the pair instantly hit it off.

They became close friends – and Christian supported Sophia as her condition deteriorated.

Christian researched the disease and discovered a surgery which would mean Sophia could see again.

After fundraising nearly $20,000 for the procedures which stop the cornea from bending out of shape, Sophia was able to have the operation in October 2018.

Sophia realized she had feelings for Christian and took the plunge to declare her love to him in October 2020.

He felt the same way and they became a couple.

They began dating in October 2020 and tied the knot in June 2021 after Christian popped the question while at a frozen lake in January 2021.

Sophia said when she saw Christian for the first time he was just as handsome as she imagined – but she fell in love with “him as a person” not his “good looks”.

Sophia, a science teacher, from Rio Rancho, New Mexico, said: “Seeing Christian for the first time was so overwhelming but after I’d calmed down, I realized what a cutie he was.

“I had already built a connection with him that it didn’t matter what he looked like, but it was very nice to properly see his face after all this time. He was even more handsome than I could have imagined.

“It was terrifying suddenly waking up unable to see and I became very dependent on others to help me.

“Christian supported me the whole time while I was blind and even helped find the surgeon that did my surgery to regain my vision.

“He took care of me and made me feel so special.”

Christian, a data analyst, said: “As soon as I met Sophia, I was drawn to her.

“She was such a fighter and she’d never use her blindness as an excuse.”

Sophia was just 18 when she woke up suddenly unable to see.

“At first I thought it was an allergy attack or something,” she said.

“I drove to school and realized my eyesight was going when I couldn’t read the paper.

“It was so scary, and I think I sobbed for six months.

“I feared I’d never see the faces of my future children.”

Sophia’s eyesight quickly deteriorated, and she was registered as legally blind in August 2017.

“I loved expressing myself through fashion and make-up and at that point I could hardly put a shirt on,” she said.

“It was really difficult adjusting, but I was determined to do what I could.”

Sophia ended up going to college and meeting Christian when they both worked as residence assistants for their halls.

“I couldn’t see what Christian looked like when I met him – with keratoconus my vision meant I could see about 10 eyes all over the place so I couldn’t really piece him together,” she said.

“To cross the road, I could see the shape of someone’s feet and would follow when I saw them move.”

After researching keratoconus further, Christian discovered a surgery which could correct Sophia’s eyesight.

“But Christian put a fundraiser up for me and raised the money in five weeks.”

Sophia had her surgeries in October 2018 – undergoing cross-linking before having contacts implanted into her eyes fitted.

“My vision slowly started coming back, but it was very gradual while I healed,” she said.

“I was able to start wearing Sclearals contacts which meant I could see but it was very intense, and I could only wear them for a few hours at first.”

“Christian and I had stayed in touch after I went home for the surgery and I realized that no one else made me feel like he did,” she said.

“I decided to travel to see him after I had built up the courage to tell him how I felt.

“It was really intense seeing him for the first time because I could see every detail of his face so clearly.

“But I could see how handsome he was- he had a gorgeous smile.

“I knew I’d fallen for him and had to tell him how I felt.

“Luckily he felt the same way.”

The couple’s relationship quickly progressed, and they got married in June 2021.

“Christian was there for me in the toughest times of my life and supported me and made me feel so special.

“It brought us so close together.”

Christian said: “Sophia is so resilient.

“She would play ping pong with me when she was blind and beat me at pool.”