A row of four cops can be seen holding LGBTQ+ flags and joining in the festivities.
By Simona Kitanovska August 24, 2022
Facebook
Twitter
Linkedin
Email 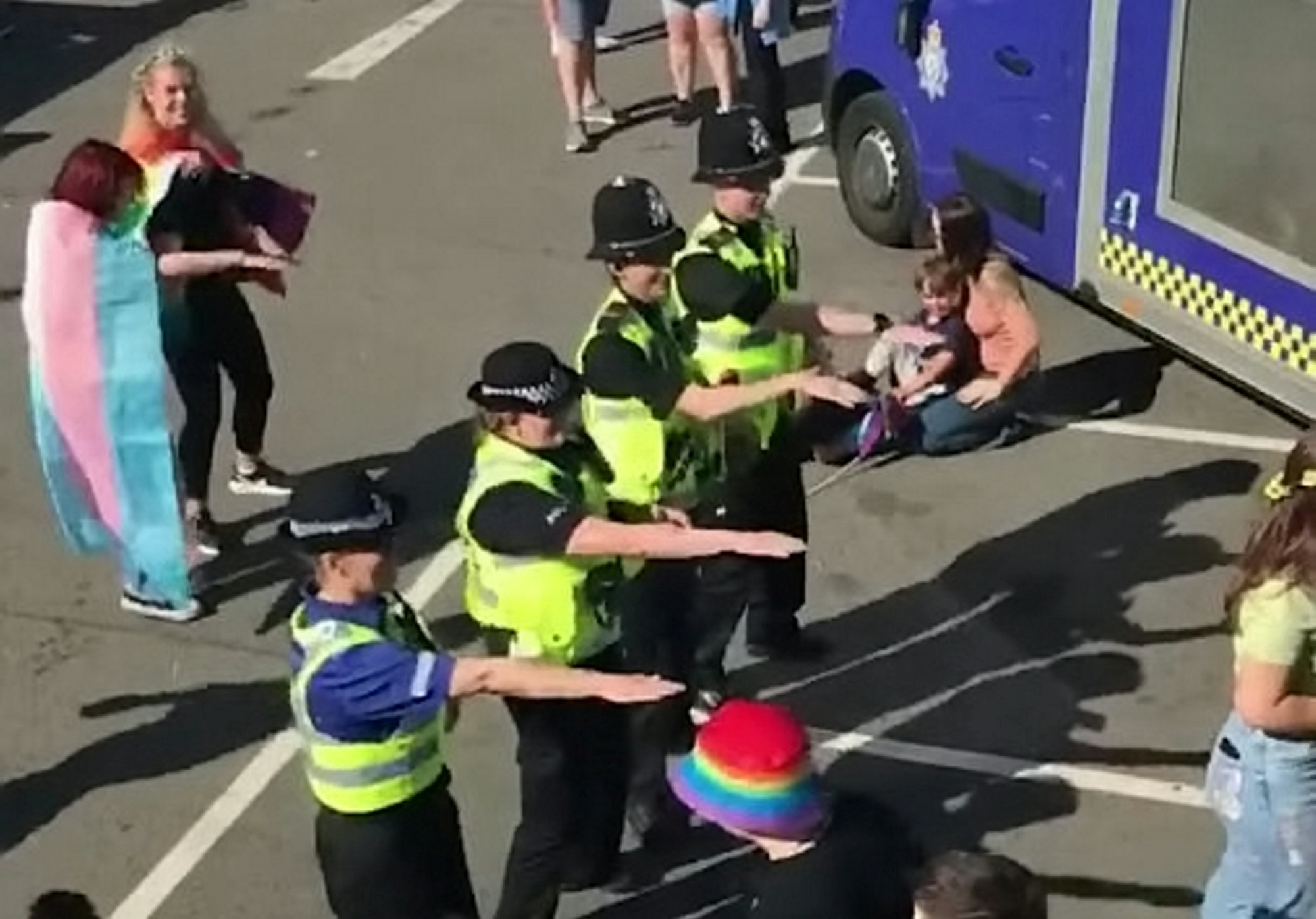 The Chief Constable of Lincolnshire Police has spoken out after a viral video of officers dancing at Lincoln Pride garnered controversy online, in Lincolnshire, England, on August 20, 2022. (Lincoln Police,SWNS/Zenger)

A police force has come under fire after officers were filmed dancing the Macarena at a LGBTQ+ Pride festival.

Officers were captured in video footage posted online by their own force performing the popular 90s Spanish dance routine at Lincoln Pride on Saturday, August 20, in England, in the United Kingdom.

A row of four cops can be seen holding LGBTQ+ flags and joining in the festivities while a group of onlookers cheered them on and even joined in.

But after the clip was shared by Lincoln Police, it sparked outrage from residents who blasted them for “prancing” and “pratting around” instead of solving crimes.

British actor Laurence Fox posted: “I suppose, given the choice, learning the Macarena is a far easier endeavor than actually doing your job.”

One local resident said: “What a joke Lincoln Police, please do the job you signed up for, show respect for the uniform you’re wearing.”

Another person said: “Should be ashamed of yourselves instead of prancing around catch criminals that’s what we pay our taxes for.”

One web user added: “Policing is a job, a vocation, not a kindergarten dance school.

“You should be embarrassed to show a clip like this and have such an appalling crime rate solved result.”

Another tweeted: “Please stop this. It reflects badly on you and the people you think you’re supporting. Do your jobs without favor. That’s all we ask.”

A fifth added: “Fellow Lincoln residents. Next time you’re being burgled and want to police to actually attend, tell the operator there’s a pride event at your house.”

And another commented: “What in Earth is the matter with you?

“How do you ever expect to 1. be respected 2. taken seriously 3. maintain law and order, when you are pratting about trying to convince everybody you are their best mates. You look ridiculous.”

In a statement Chief Constable Chris Haward defended the actions of his officers and praised them for engaging with the community.

He added: “Lincolnshire Police officers are at Pride to make sure that everyone attending experiences a safe and happy event.

“Lincoln Pride is a celebration of inclusivity and representation within the LGBTQ+ community and, as Lincolnshire Police, we are there to support them and build confidence in our service.

“I expect my officers and staff to engage with people attending Pride; to chat, laugh, join in, and even dance, where it is appropriate to do so and does not detract from their duties.

“Policing is not just about enforcement and patrol but about engagement, understanding and being part of the community.

“We want everyone attending Lincoln Pride to know that we are there for them and that our service to Lincolnshire communities is truly inclusive, we aim to treat every member of the public we serve with fairness and impartiality.

“Pride is one of the many wonderful community events in the county that we are there to police but also to allow people to look behind the uniform and see who we are.”