The images were obtained from the Command of the Special Operations Forces of the Armed Forces of Ukraine on Monday, August 22.
By Joseph Golder August 24, 2022
Facebook
Twitter
Linkedin
Email 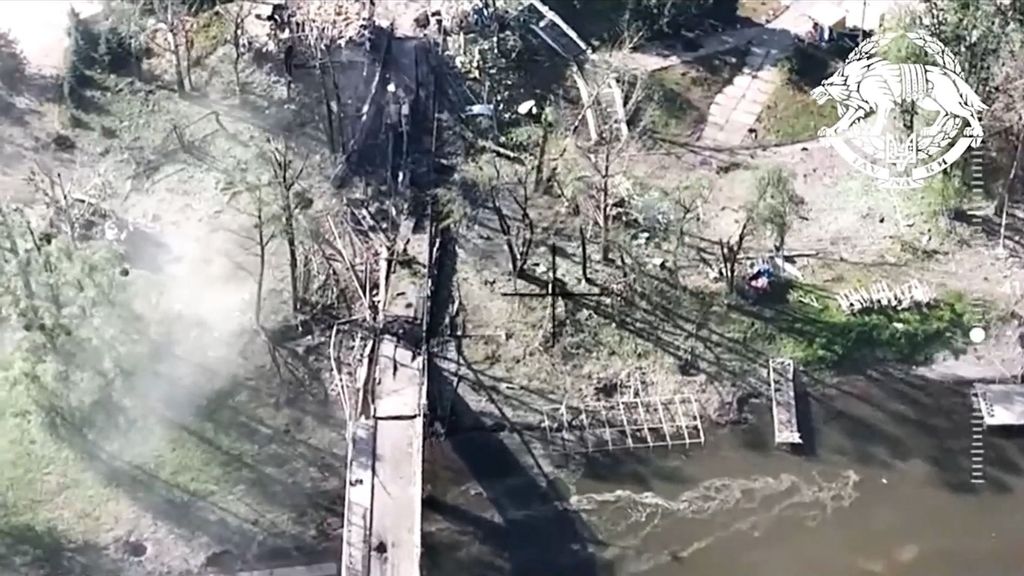 Picture shows logistics bridge that was destroyed by the SSO fighters in the Donetsk region in Ukraine in undated footage. The Command of the Special Operations Forces stated that after the de-occupation, the destroyed Ukrainian objects will be restored. (@usofcom/Zenger).

The images, which appear to have been filmed by a drone, show a large explosion, with the bridge seen clearly severed afterward.

The images were obtained from the Command of the Special Operations Forces of the Armed Forces of Ukraine on Monday, August 22, along with a statement saying: “We pay great attention to the destruction of logistics, supply routes and maneuvers of the Russian occupiers.

“For this purpose, [Special Operations] soldiers use a variety of methods and carry out attacks on many, in particular, sensitive areas for infrastructure temporarily controlled by the enemy.

“This video was shot a few weeks ago, but for some reason we’re only posting it today. As a result of the bombing of cities in the Donetsk region, it became an obstacle for the Russians.

“After the de-occupation, the destroyed Ukrainian objects will be restored. Unlike the Russian occupiers.”

The Special Operations Forces is part of the Armed Forces of Ukraine and is made up exclusively of Spetsnaz (special forces) units. It was formed in 2016 and carries out tasks including intelligence gathering, special reconnaissance, sabotage and psychological warfare.

Zenger New contacted the Command of the Special Operations Forces for further comment, as well as the Russian Ministry of Defense, but had not received a reply at the time of writing.