The video was obtained from the 503rd Separate Marine Corps Battalion of the Ukrainian Navy, on Saturday, August 20.
By Joseph Golder August 24, 2022
Facebook
Twitter
Linkedin
Email 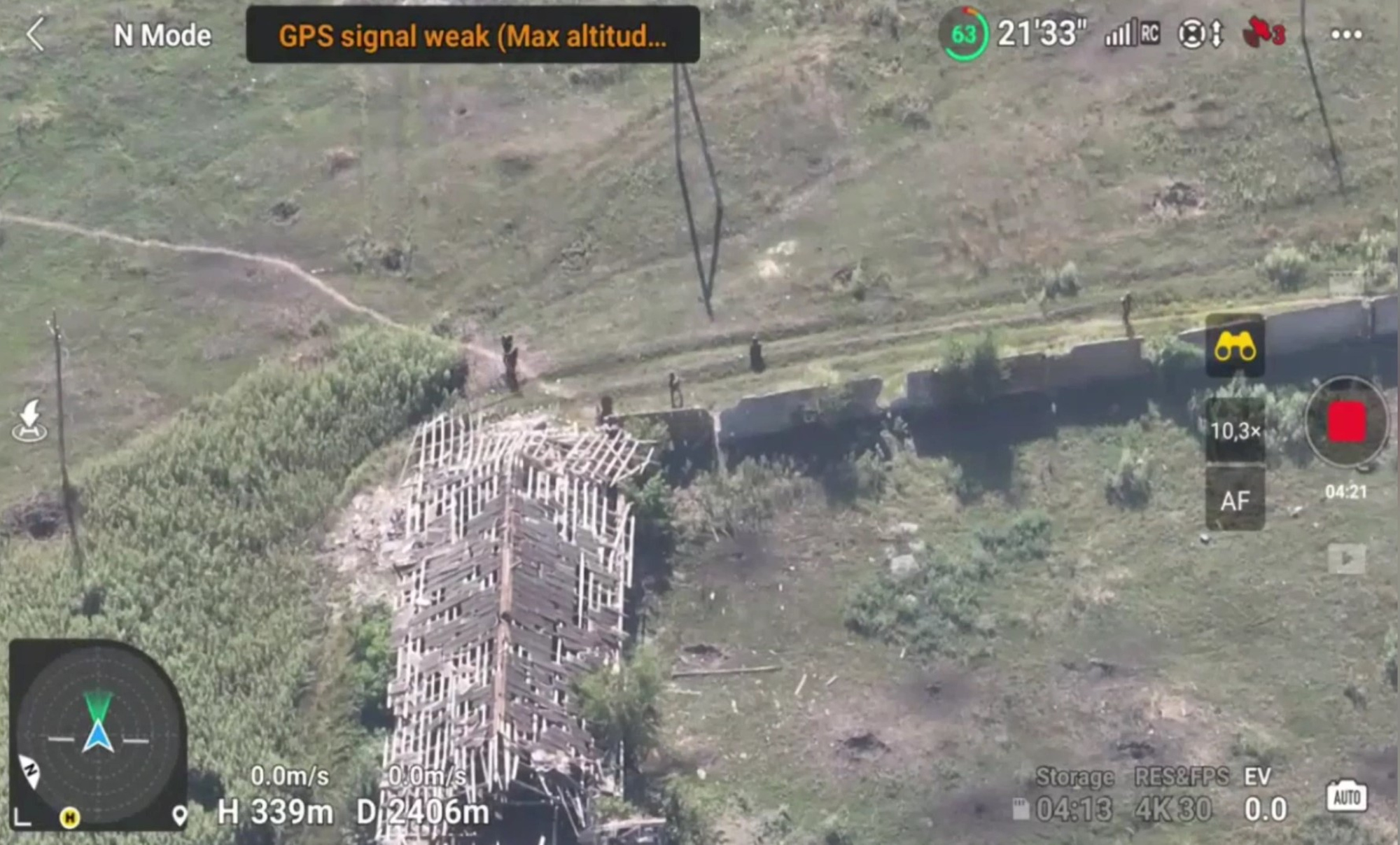 Russian soldiers go close to building in a field area in the Donetsk direction of Ukraine, Saturday, Aug. 20, 2022. Military units of the Navy of Ukraine destroyed two tanks, BMP, a vehicle with enemy ammunition, 12 Russian invaders were killed and wounded, and one Giatsint-S self-propelled howitzer was destroyed. (@503obmp/Zenger)

This footage shows how Ukrainian marines tracked and killed Russian soldiers hiding in damaged buildings in the Donetsk region of eastern Ukraine.

The images were obtained from the 503rd Separate Marine Corps Battalion of the Ukrainian Navy, on Saturday, August 20, along with a statement saying: “The closer to Independence Day, the more actively the Russians are trying to seize our land.

“They come in small groups, try to gather strength, thinking that we don’t know about them, or we won’t see them.

“But, they still don’t understand who they are dealing with. Well, now they will find out for themselves why we have such fertile black soil, because people like them are buried four layers deep.”

“In the Donetsk direction, marines destroyed two tanks, an armored personnel carrier and a vehicle with enemy ammunition.

“Our artillery units struck a concentration of personnel and equipment of the invaders, as a result of which 12 invaders were killed and wounded, and one Hyacinth-S self-propelled howitzer was destroyed.

“The final losses of the enemy are being confirmed.

Zenger News contacted the Ukrainian Navy and they confirmed that the footage was authentic and the information accurate.

Zenger News also contacted the Russian Ministry of Defense for a comment but had not received a reply at the time of writing.