The footage was obtained from the Navy of the Armed Forces of Ukraine on Monday, August 22.
By Joseph Golder August 24, 2022
Facebook
Twitter
Linkedin
Email 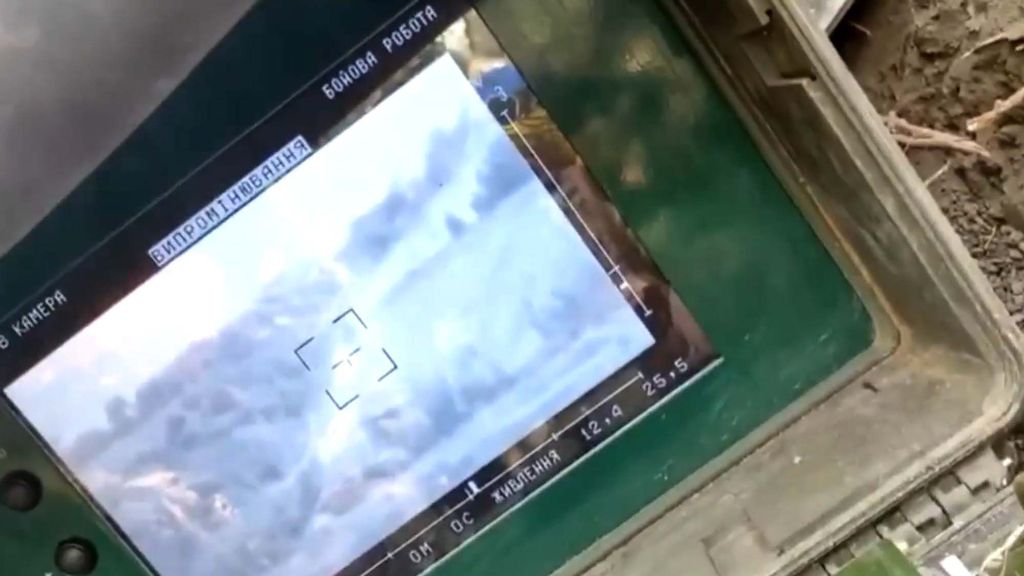 Marines of the Ukrainian Armed Forces shots the Russian armored vehicle with Stugna in the regions of Kherson and Donetsk in Ukraine in undated footage. Along with the military vehicles and equipment, Russian soldiers were also killed in the attacks of the Ukrainian marines in the Donetsk and Kherson regions.  (@navy.mil.gov.ua/Zenger).

The footage was obtained from the Navy of the Armed Forces of Ukraine on Monday, August 22, along with a statement saying: “On August 21, in the Donetsk and Kherson directions, servicemen of the military units and marine units of the Armed Forces of Ukraine as part of the groups steadfastly and courageously resisted the Russian invaders on the fortified areas of the front.

“Marines destroyed two armored combat vehicles of the occupiers in the Kherson direction.

“Our artillery units struck the concentration of manpower and equipment of the occupiers, as a result of which six invaders and a Msta self-propelled guns were destroyed. The total losses of the enemy are being investigated.”

Ukrainian media reported that the marines had taken out the two armored vehicles in the Kherson area, while destroying the Msta and six enemy soldiers in the Donetsk region.

Zenger New contacted the Navy of the Armed Forces for further comment, as well as the Russian Ministry of Defense, but had not received a reply at the time of writing.