When COVID hit in March 2020, Stockmans was unable to see Solomon for over two years.
By Simona Kitanovska August 24, 2022
Facebook
Twitter
Linkedin
Email 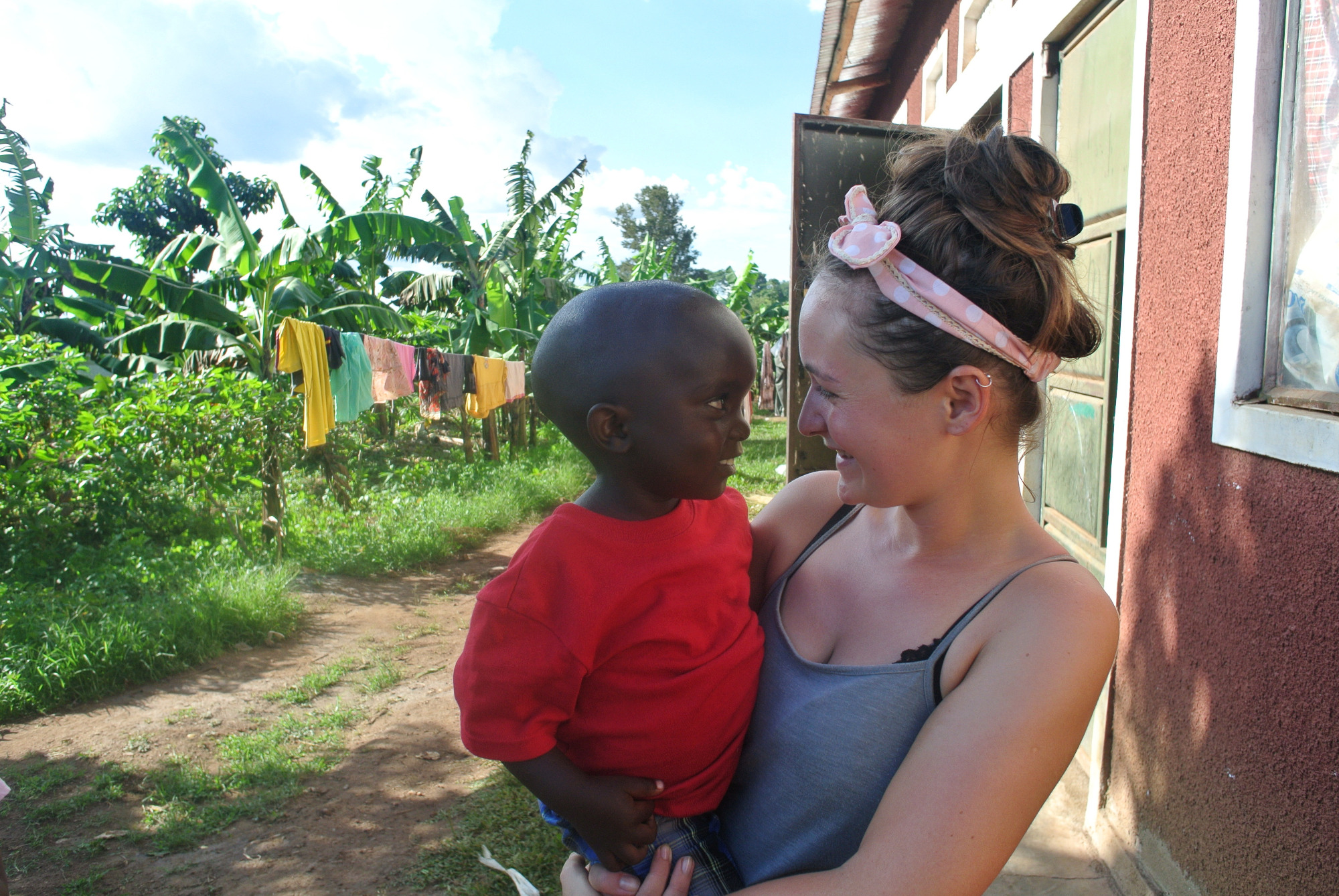 Kate Stockmans and little Solomon pose in an undated photo. Stockmans, who sponsored the Ugandan child and who she thinks of as a son surprised him by getting his name tattooed on her back to show him ‘that she'll love him for life’. (Kate Stockmans, SWNS/Zenger)

A British woman who sponsored a Ugandan child she “thinks of as a son” surprised him by getting his name tattooed on her back to show him “that she’ll love him for life.”

Kate Stockmans, 29, fell in love with little Solomon, now 10, when she first met him while teaching in Uganda in October 2014 when he was just 18 months old.

After seeing how hard his mom, Mariam, 32, was working as a maid to try and support him, Stockmans
decided she would sponsor Solomon.

Stockmans has taken a trip to see Solomon every year since and has donated around $3,500 a year to fund his school fees and treat him when she visits.

But when COVID hit in March 2020, Stockmans was unable to see Solomon for over two years.

The teacher – who considers Solomon as a son – even got a permanent tattoo of his name at the end of 2019 but hadn’t had a chance to show it to him before COVID restrictions came into place.

Finally, in March 2022, Stockmans was able to reunite with Solomon after over two years and show him the special tattoo – which shocked the boy when he realized how much he means to her.

Stockmans, originally from Truro, Cornwall, in southern England, in the United Kingdom, said: “Finally showing Solomon my tattoo was everything.

“It shows my commitment to his life, so he knows I’m always here. I’m like a second mom to him.

“I connected with Solomon as soon as I met him – there was just this love there.

“Mariam is an incredible woman, and she has to work so hard to support him so I couldn’t not help.

“He’s like a son to me and I wanted to demonstrate that.”

Stockmans knew she had to help Solomon as soon as she met him through his mother Mariam, who she got to know through the Ugandan school where she was teaching in October 2014.

“We just had this instant love,” she said.

“I saw Mariam’s strength and struggles – she was and still does travel miles away to work to provide for Solomon and her twins.

“I was taken by him and knew I wanted to help out, so I agreed to sponsor him.”

Stockmans came back to the United Kingdom to complete her teacher training in September 2015, after traveling around the world, but kept in touch with Mariam and Solomon, and flew out again to see them the next year.

“I started to love him like a son,” Stockmans said.

“We’re a family and I teach him while I’m there.”

Stockmans pays for Solomon to go to school and treats him to trips to national parks in Uganda, and swimming when she is in Uganda – as well as reading and having movie nights together.

While teaching in Nepal in December 2019, Stockmans decided to get a tattoo of Solomon’s name on her back to show him that she will always care for him.

“I was so excited to show him, but Mariam and I decided to keep it a secret until he could see it in person but then lockdown happened,” Stockmans said.

“It was so hard being apart, but I could keep in touch through Mariam when she was with him.”

Stockmans was finally able to fly out in March 2022 to see Solomon and show him her tattoo.

“We’d been apart for over two years so seeing him again and hugging him was amazing,” she said.

“He was so sweet when he saw the tattoo.

“I think he was really surprised.”

Stockmans is currently continuing to sponsor Solomon but is thinking about adopting him with his mom’s blessing.

“Every time I leave, he begs me to come with me but I’m conscious that I don’t want to take him out of his culture,” she said.

“Or at least until he is old enough to make a proper decision on it.

“But it breaks my heart leaving him.

“Mariam has nothing but support – we all have unconditional love for each other.

“Solomon doesn’t have to choose between us – he knows we both love and support him.

“It’s become my purpose and Mariam tells me she’s so thankful we met as she doesn’t know what would have happened to her otherwise.

“My family is hers too.”

Stockmans is saving to make a home in Uganda – where Mariam can live and where they can all stay as a family when they visit.

“Mariam is like a sister to me,” Stockmans said.

“Solomon is like a son, and he calls me auntie Kate.

“Going to Uganda and meeting Solomon has changed my life – it’s completely shaped it.