Jessica, 35, and Lee Neal, 38, noticed son Ted's face was swelling while they were on vacation.
By Simona Kitanovska August 24, 2022
Facebook
Twitter
Linkedin
Email 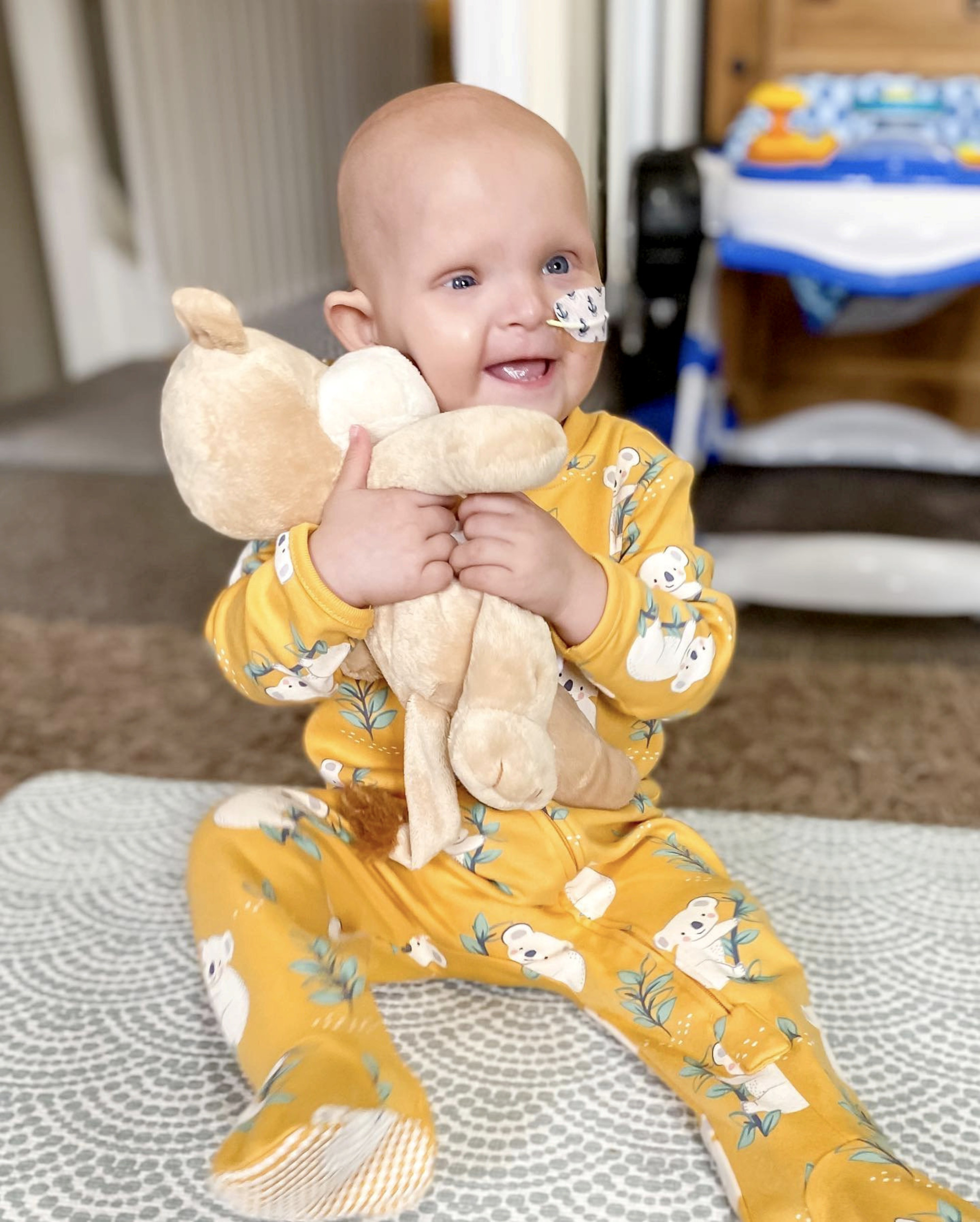 Ted Neal in an undated photo. The baby boy has had a heartbreaking diagnosis of a rare cancer after his parents thought he had sand in his eye and passed away on April 9, 2022. (Jessica Neal,SWNS/Zenger)

A mother is urging parents to trust their instincts after a tiny change to her son’s eye turned out to be rare cancer which changed his whole face in just a week.

Jessica, 35, and Lee Neal, 38, noticed son Ted’s face was swelling while they were on vacation.

They thought he had rubbed sand into his eye at the beach – but Jessica had a gut feeling something wasn’t right.

Tests revealed the child had a cancerous tumor in one of his sinuses, so rare it didn’t even have a name until January 2022.

Within a week his face had completely changed and he was diagnosed with unspecified sarcoma, which has now been named mesenchymal chondrosarcoma, in his ethmoid sinus. He has since had chemotherapy and surgery.

Sadly, the cancer then spread to his brain and down his spinal cord.

Ted died on April 9, 2022, aged just 16 months old, but Jessica is glad she trusted her instincts and went into the hospital when she did.

She says it gave her eight more happy months with him.

Jessica, a product developer, from Calverton, Nottingham, in England’s East Midlands region, in the United Kingdom, said: “I’m so glad I trusted my instincts as I think we would have lost him sooner if I hadn’t.

“It gave us that eight months with him.

“His eye hadn’t swelled that much when I took him in but I just had a feeling and within a week his face had completely changed and we had the diagnosis.

“Suddenly he was started on chemotherapy and our lives had changed.

“He battled so hard and he was such a happy boy through it all.

“Sadly, he lost his life when the cancer spread to his brain but we’ll have those eight months of memories forever.”

Jessica and Lee, a learning mentor, first became worried when they noticed Ted’s eye was misshapen while they enjoyed a family break in Wales.

Jessica said: “I couldn’t put my finger on what was different about it, it wasn’t inflamed or sore, but it was starting to look like it was protruding.

“Throughout the week it was gradually becoming more obvious and when I pointed it out to Lee and he could see it too.

“When we got home, we took him to the emergency department at Nottingham’s Queen’s Medical Center, really hoping that we were overreacting.

“I was expecting them to tell us nothing was wrong – but they didn’t.

“As parents it’s the worst thing you could find out, and the unknown type of sarcoma is incredibly rare and so is where it was in Ted’s body, so finding out it’s not going to be easy to treat is the worst thing.

Ted underwent six rounds of chemotherapy which shrunk the tumor and he had an operation at Great Ormond Street Hospital to remove most of it in December 2021.

“They took out as much as they could,” Jessica said.

“He seemed to be doing really well.

“They had to lift off his face to take out the bones around his eye and on the right side of his nose.

“We had him home ten days after which was amazing.”

Ted was able to spend Christmas at home with his brothers Ben, 16, and Charlie, 14.

The little boy went in for further chemotherapy in the New Year and his parents started to spot a lump on his forehead.

“I wasn’t really worried about it at first- I thought it was just a virus,” Jessica said.

“But they couldn’t work out what it was.”

An ultrasound showed it was Ted’s brain pushing forward, due to a gap in his skull which had been removed during surgery.

“He had to be rushed for emergency surgery to have a drain put in to relieve the pressure,” Jessica said.

“We were actually told he was cancer-free at that point.

“But Ted started to go downhill and doctors were desperately trying to work out why.”

In March 2022 a test revealed the cancer had spread to his brain and down his spinal cord.

“I was really shocked,” Jessica said.

“We just weren’t expecting it.

“It was like a layer of sand had covered his brain.

“They put a port in his brain for chemotherapy to make him comfortable but we were told there was nothing more that could be done.

Doctors stopped the chemotherapy and Ted passed away ten days later on April 9, 2022.

“It was so sudden and horrific,” Jessica said.

“Nothing prepares you for losing a child.

“But we’ve kept busy and set up a charity in his honor to help families with a seriously ill child or bereaved family have a peaceful getaway.

“We’re doing a walk for Ted every year on the day he died to raise money.

“I have so many happy memories from the last eight months Ted was with us- even though it was tough.

“I would urge anyone to trust their instincts if they think something is wrong.

“Even if it just gives you peace of mind.”