The images were obtained from the Russian Ministry of Defense, on Tuesday, August 23.
By Joseph Golder August 24, 2022
Facebook
Twitter
Linkedin
Email 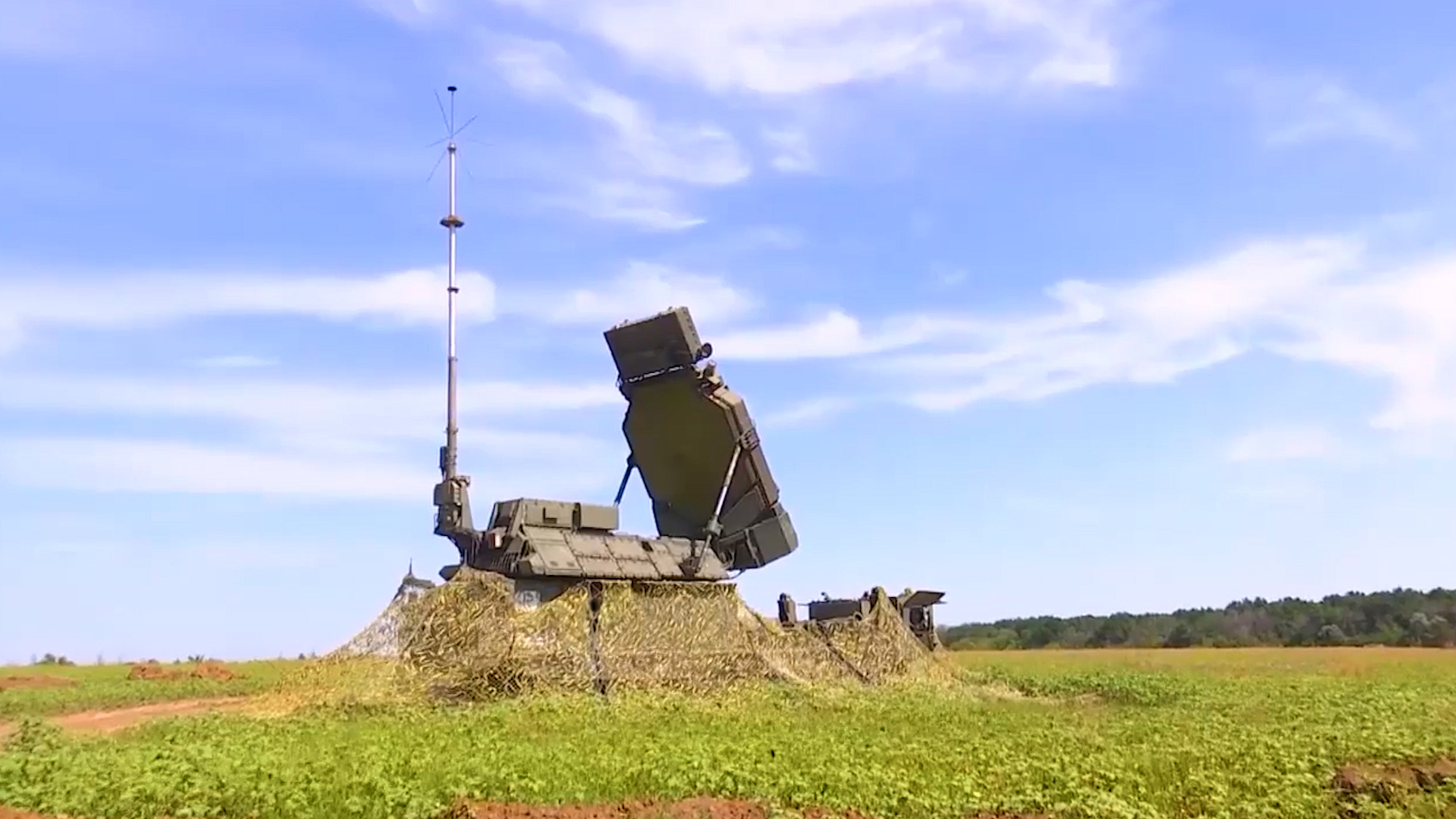 Radar of the S-300V anti-aircraft missile system of the Western Military District in camouflage net works in a field area of Ukraine in an undated footage. The S-300V air defense system is designed for air defense of military groups against attacks by cruise missiles, aeroballistic and ballistic missiles, as well as tactical and strategic aircraft.  (@mil/Zenger).

The images were obtained from the Russian Ministry of Defense, on Tuesday, August 23, along with a statement claiming that the footage shows how “crews of the S-300V anti-aircraft missile system of the Western Military District continue to perform combat missions during a special military operation.”

The Russian statement also claimed: “In the course of a special military operation, the crews of the S-300V anti-aircraft missile system (SAM) provide protection for units of the Armed Forces of the Russian Federation from air attack weapons.

“The S-300V air defense system is designed for air defense of military groups against attacks by cruise missiles, aeroballistic and ballistic missiles, as well as tactical and strategic aircraft, combat helicopters in difficult air and jamming conditions.

“In the new position areas, the air defense units of the Western Military District continue to serve around the clock on combat duty.