Scott Overland was on vacation when he made the rare discovery while eating clams at the Salt Air restaurant on August 9.
By Joseph Golder August 24, 2022
Facebook
Twitter
Linkedin
Email 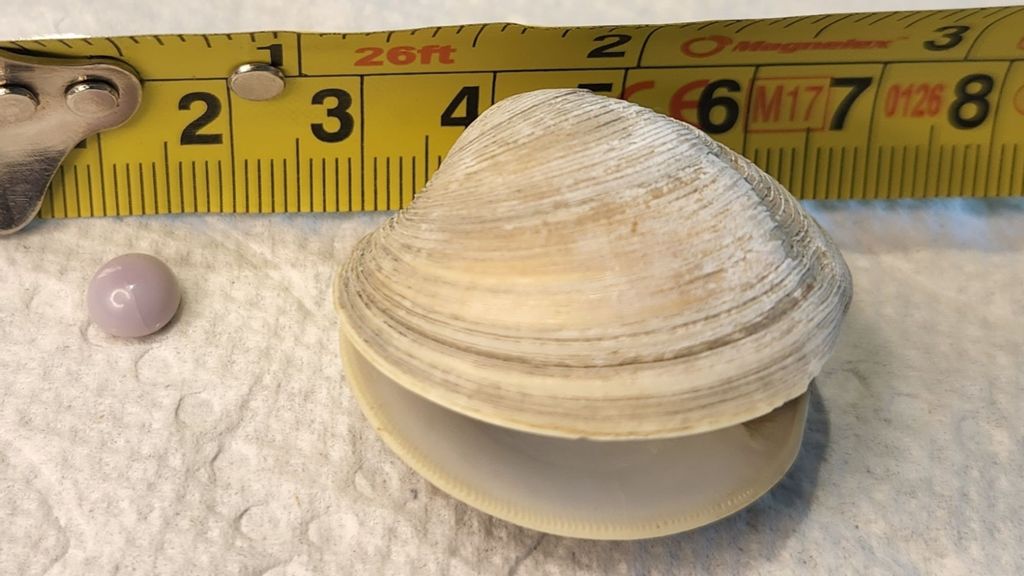 Photo shows a rare purple pearl, undated photo. Scott Overland was dining out at Salt Air Kitchen and Bar in Rehoboth Beach, Delaware, USA, on a family vacation when he discovered a rare treasure on his dinner plate. (Scott Overland/Zenger)

A man has discovered a rare “one-in-a-million” purple pearl in a clam at a Delaware restaurant.

Scott Overland was on vacation with his wife Katie and his kids Addie, 6, and Logan, 2, in the coastal town of Rehoboth Beach, in the eastern U.S. state of Delaware, when he made the rare discovery while eating clams at the Salt Air restaurant on August 9.

Overland told Zenger News in an exclusive interview: “At first we didn’t believe that we had found a pearl – we didn’t know that clams produce pearls and we had never seen a purple pearl before.

“After the initial shock wore off, we have continued to feel very excited and fortunate to have discovered this beautiful pearl. It is a memory that we will have forever and we will likely keep the pearl as a family heirloom.”

He joked that he should eat more clams, that way, if he finds another pearl, he could give them to his wife as earrings. He said: “Haha, while I think my wife would like it to be a serious idea, it is just a joke!!”

Overland said the pearl could be worth up to $16,000. He said: It has not been appraised yet. I spoke with an appraiser and he said that the first step we need to take is to get it certified by the Gemological Institute of America (GIA) or a similar official certifying organization.

“They will be able to confirm the species and origin, and then the appraiser will be able to give a more accurate value. We’ve seen a wide range of estimates of potential value from $600 to $16,000.”

Overland said the purple pearl is a rare, “one-in-a-million” find. He said: “We have been told it is very rare – about 1 in 5,000 clams produce some sort of pearl, but they are usually not an attractive shape or color or they are destroyed in processing. We’ve read that to find one like this is closer to one in a million.”