If the temperature drops below around 68 Fahrenheit, her whole body develops itchy rashes and hives.
By Simona Kitanovska August 24, 2022
Facebook
Twitter
Linkedin
Email 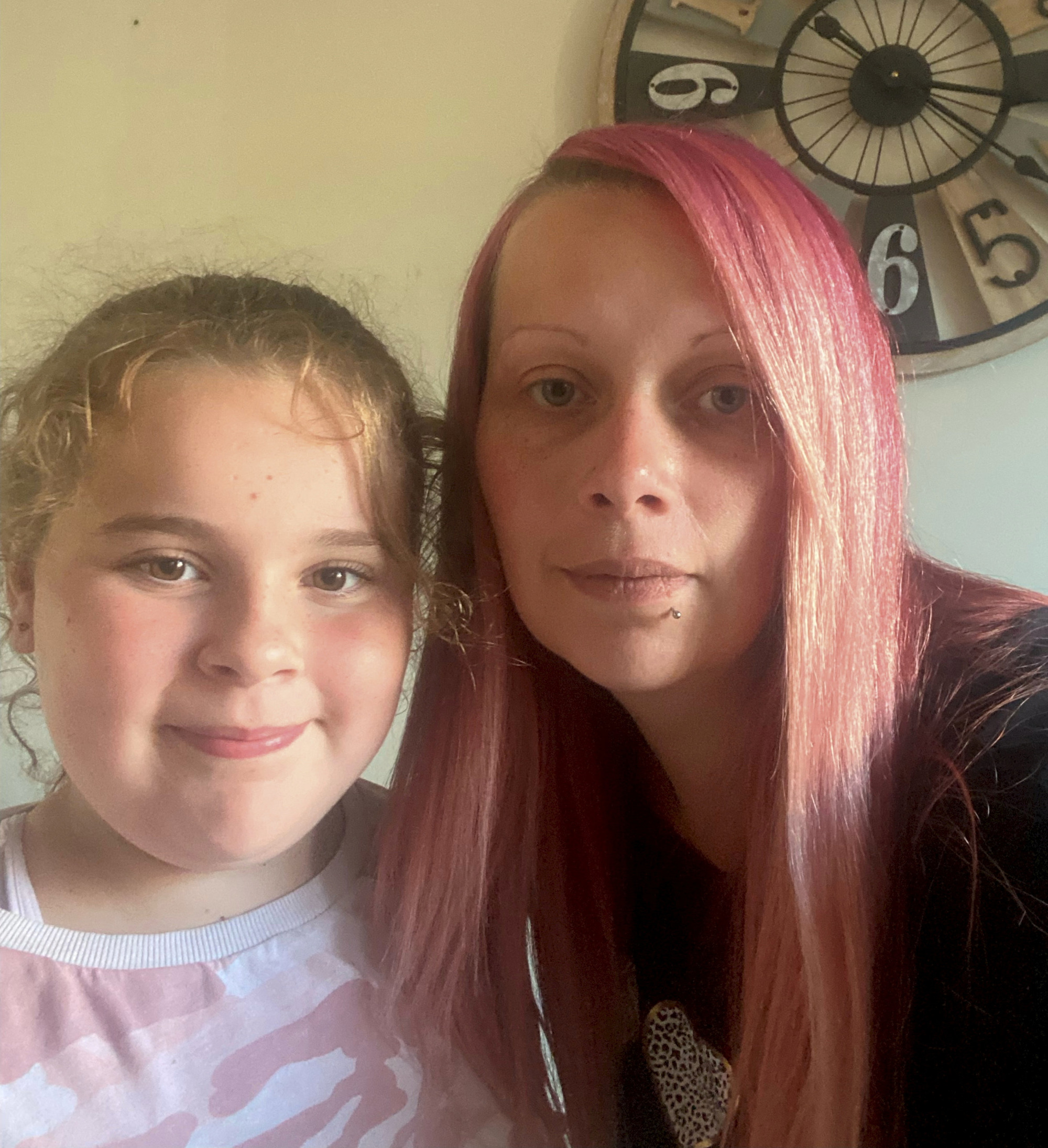 Nikki Britton and her daughter Summer-Angel pose in an undated photo. Britton claims to be very concerned over how she will afford to keep her daughter warm with her bills set to double, due to the little girl's allergy to cold temperatures. (Nikki Britton,SWNS/Zenger)

A mom-of-four whose daughter has a severe allergy to the cold is anxiety-ridden over how she will afford to keep her daughter warm with her bills set to double.

Nikki Britton, 36, must have their heating on 24/7 in winter to keep ten-year-old Summer-Angel warm.

If the temperature drops below around 68 Fahrenheit, her whole body develops itchy rashes and hives.

But Britton, who already receives welfare payments and visits a food bank each week, has no idea how Summer-Angel will cope this winter.

Britton, a full-time carer from Seaford, East Sussex, southern England, in the United Kingdom, said: “When Summer has a reaction, it’s incredibly painful for her.

“It doesn’t even have to be that cold for her rashes to come up – so in winter the heating is on all the time without question.

“I’m expecting my energy bills to double in winter and we just won’t be able to have the heating on, full stop.

“I can’t even really afford what we’re paying at the moment. I’m nearly 700 pounds [$822]in debt and we haven’t even had the heating on recently.

“I’m petrified what will happen to Summer. I feel so helpless.

“What am I supposed to tell her when she says she is cold? All I can do is give her a coat and hot water bottle, but it might not be enough.

Britton, who lives with partner James Broadway, 35, and their four children aged ten, seven, two and 11 months, said they have been struggling for a while.

Broadway works full-time as a service engineer in the sewage industry, but Britton is a full-time mother and stays at home with the children.

Summer-Angel was diagnosed with cold urticaria at the age of just one year, Britton says it’s been near impossible to control the condition over the years.

Summer struggles with even a small summer breeze causing her body to come up in hives, particularly on her face.

She is already prescribed antihistamine medications because it is so tough to control when she has a flare-up.

In recent months they think her condition has been getting worse and worse – and sometimes Summer’s throat will now swell up when she drinks cold things.

Britton said: “It’s quite a rare thing, not a lot of people know what the condition is.

“Parents snigger when you say your daughter is allergic to the cold, until you explain it’s actually really serious.

“Summer asks me ‘why do I have this? Why am I different from all my friends?’ and gets quite upset.

“People stare at her when her allergies are up because her rash comes out so much.”

Currently, Britton is paying around 6 pounds ($7) per day for the energy bills in their three-bed rented house – which she already struggles to afford.

But she estimates when the cold weather kicks in and they need to use the heating, that daily figure of 6 pounds would double.

Britton said: “6 pounds a day covers my washing machine and the fans at night.

“In winter, we won’t use the fans, but we’ll need the heating on 24/7. I’ll also have to use the tumble dryer.

“We just can’t afford it to get any higher. We already use food banks.

But that leaves poor Summer vulnerable to severe allergic reactions which leave her in pain and scratching at her skin all day long.

Britton said: “I already suffer with anxiety but knowing winter is coming makes me feel more anxious than ever.

“How will I keep her warm? What am I supposed to tell her when she says she is cold?

“We’ve always managed but now the prices getting are sky-high and we just don’t have the money to pay for it.