The footage was obtained from the People's Militia of the DPR on Monday, August 22.
By Joseph Golder August 24, 2022
Facebook
Twitter
Linkedin
Email 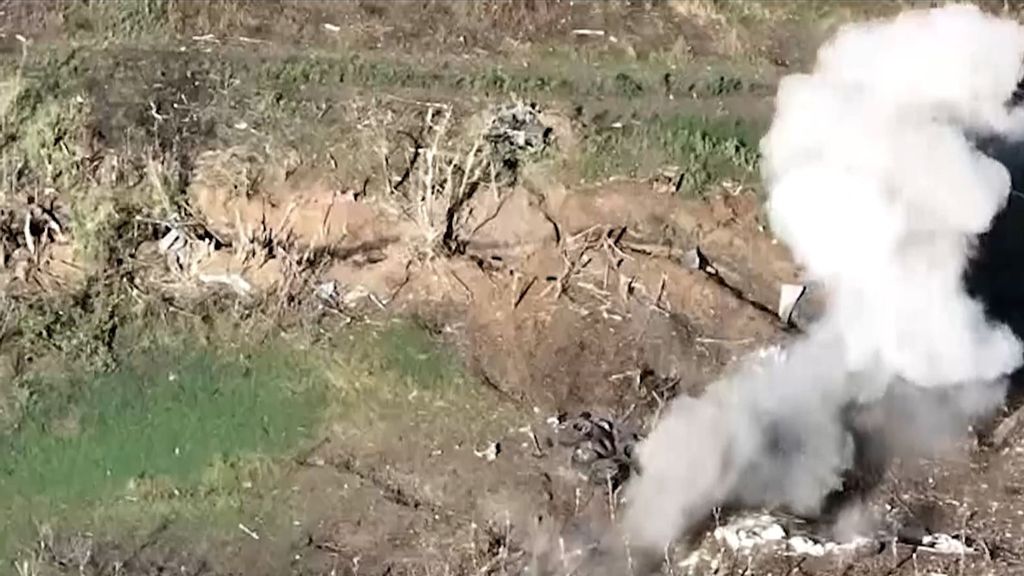 Picture shows an explosion in a field area in Ukraine in an undated footage. As a result of the attack of the 11th regiment of the NM DPR, the Ukrainian personnel were liquidated, and Ukrainian stronghold and fortified dugouts were destroyed.  (@nm_dnr/Zenger).

This footage allegedly shows the troops of the pro-Russian, so-called Donetsk People’s Republic taking out Ukrainian positions using artillery before storming them with troops.

The footage appears to show a series of explosions somewhere on the front lines in eastern Ukraine, with the so-called Donetsk People’s Republic – DPR – claiming their victory over a fortified area was “decisive”.

The DPR claimed that it “prepared” the terrain using artillery before “fighters of the 11th Regiment of the [People’s Militia] of the DPR carried out a decisive assault on one of the fortified areas of the Armed Forces of Ukraine, while destroying the enemy who was resisting.”

Zenger New contacted the People’s Militia for further comment, as well as the Ukrainian and Russian Ministries of Defense, but had not received a reply at the time of writing.