It was awarded to athletes who finished second place at events held at the first ever international Olympic Games in Greece.
By Simona Kitanovska August 24, 2022
Facebook
Twitter
Linkedin
Email 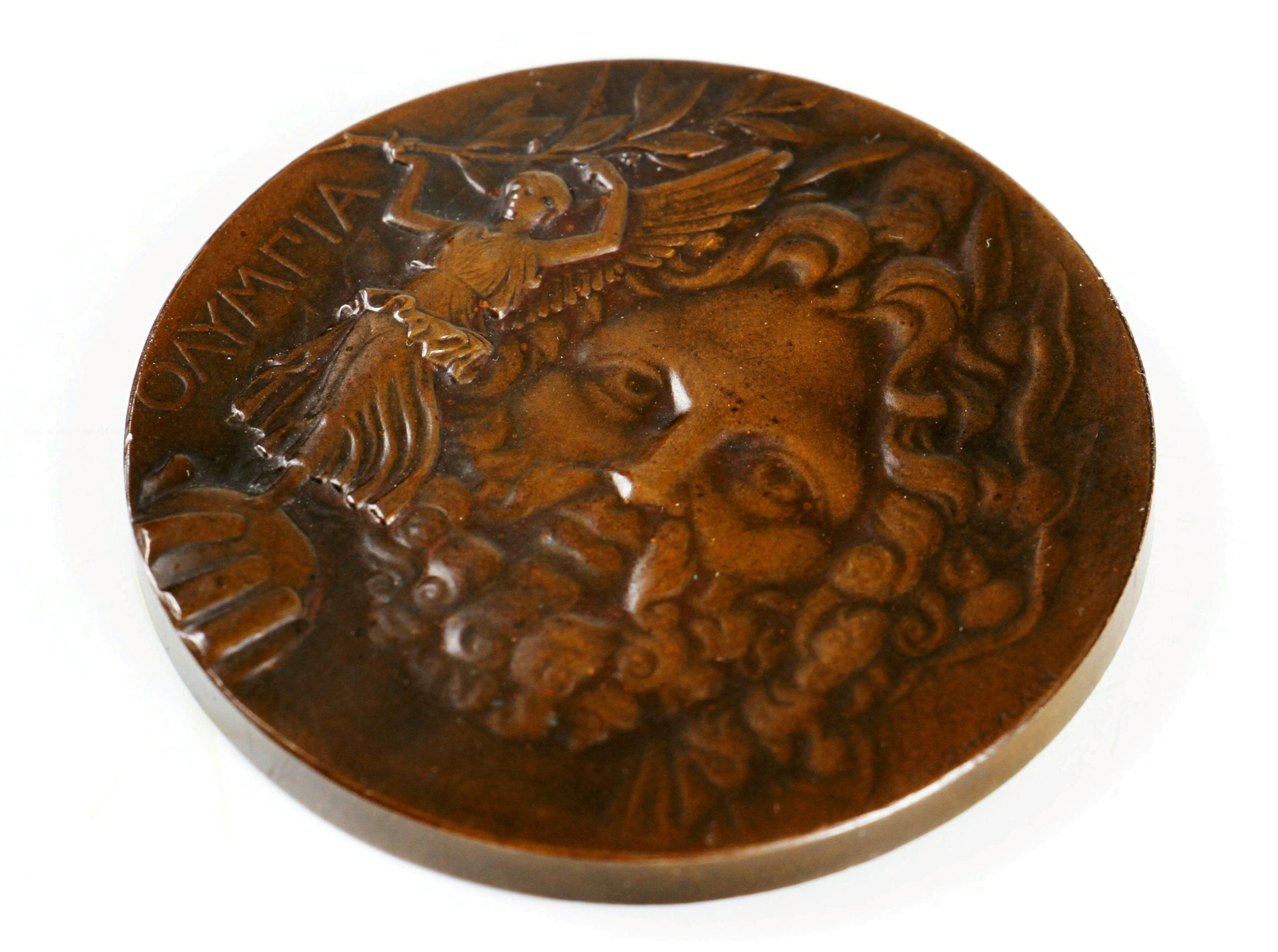 A 126-year-old bronze medal from the first modern Olympic Games in Athens is expected to fetch nearly $30,000 at auction after spending decades gathering dust in a drawer.

The owner of the medal had no idea what it was until deciding recently to get a valuation and was left stunned to discover it was an Olympic treasure from 1896.

It was awarded to athletes who finished second place – along with a laurel branch – at events held at the first ever international Olympic Games in Greece.

The modern Olympic Games are inspired by the ancient games held at Olympia in Greece from the 8th century B.C. to the 4th century A.D.

The rare medal was handed down the same family for a number of generations until one relative came across it during a recent clear-out at her home in Shropshire, England, in the United Kingdom.

The 2-inch wide medal was designed by French sculptor J.C.Chaplain and comes complete with an image of the ancient Greek god Zeus next to the word ‘Olympia.’

On the reverse, the words ‘First International Olympic Games, Athens 1896’, are inscribed in Greek and the edge is stamped ‘Bronze.’

Ben Jones, from Mullock’s Auctioneers, in Ludlow, Shropshire, which is handling the sale, said: “It is great to see something such as this in the light of day.

“We are very honored to have been given the opportunity to auction off such a piece.

“This medal has been handed down the family for a number of generations without anyone really looking, or knowing what it is.

“It was kept in a drawer until the vendor decided to have a clear-out and came across it and decided to get a second opinion.”

In total, 43 second-place medals were awarded across nine different sports and only three British athletes received them.

However, mystery surrounds who this particular medal was awarded to, as the family were unaware of its significance.

During the inaugural Olympic Games, winners were given a silver medal and an olive branch while a copper medal and a laurel branch were awarded to runners-up.

The International Olympic Committee has since retroactively assigned gold, silver and bronze medals to the three best-placed athletes in each event.

A total of 14 nations and 241 athletes competed at the games with all participants being European apart from the United States team, which won the most gold medals.

Athens was chosen as the first host of the modern games as Greece was considered the birthplace of the Ancient Olympic Games, dating back to 776 BC.