'Ivan' is used in many countries as a slang word for a Russian person.
By Joseph Golder August 23, 2022
Facebook
Twitter
Linkedin
Email 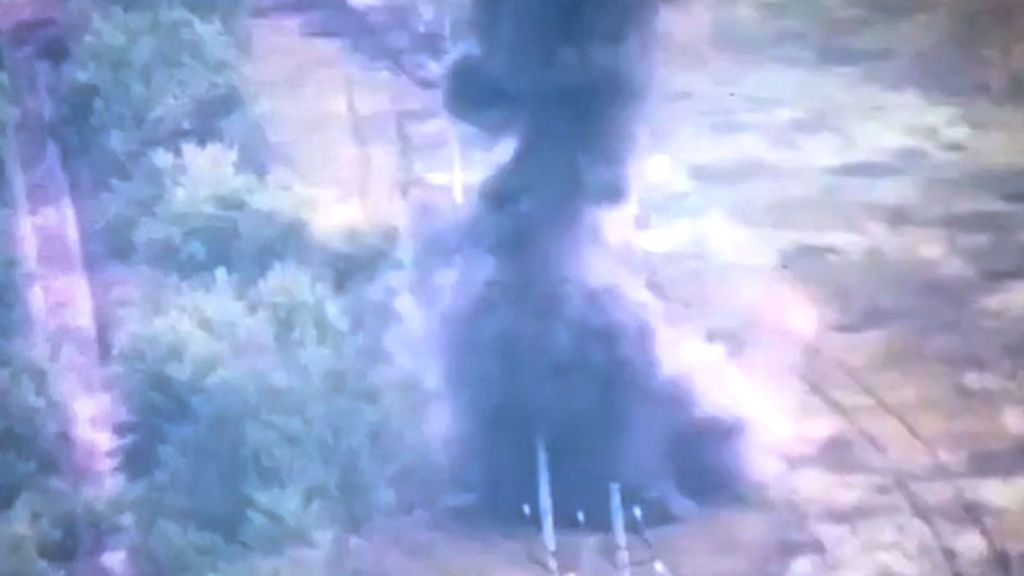 This footage reportedly shows Ukrainian forces destroying a Russian tank before taunting the invaders for persevering despite another destroyed vehicle being clearly visible ahead.

Ukrainian forces called the soldiers operating the tank “stupid Russian Ivans” for continuing down a dirt track when it was clearly visible that another military vehicle had already been destroyed up ahead.

‘Ivan’ is used in many countries as a slang word for a Russian person.

The footage shows the Russian tank suddenly being hit as it approaches the already destroyed vehicle with black smoke then rising into the air.

The images were obtained from the Office of Strategic Communications (StratCom) of the Armed Forces of Ukraine on Saturday, August 20, along with a statement saying: “Stupid Russian Ivans! He sees that there is already blown-up, but he still goes! Minus one tank!”