The footage was obtained from the Main Directorate of Intelligence of the Ministry of Defense of Ukraine on Saturday, August 20.
By Joseph Golder August 23, 2022
Facebook
Twitter
Linkedin
Email 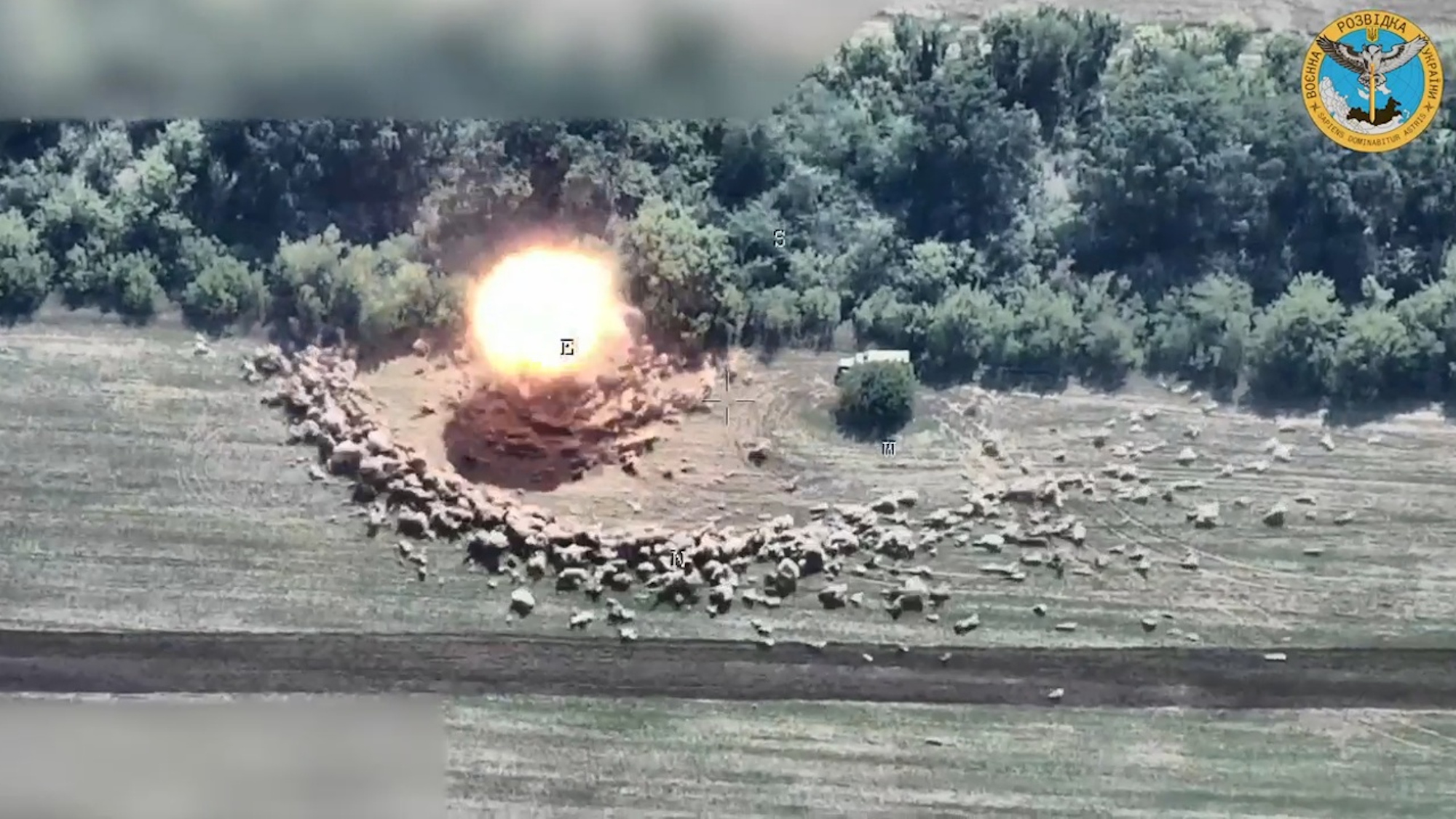 Russian radar complex Zoopark-1 explodes as being hit by the Ukrainian Armed Forces in the Zaporizhzhia region in Ukraine on Friday Aug. 19, 2022. Zoopark-1 1L219 is a counter-battery radar system developed jointly by Almaz-Antey for the Russian Armed Forces. (@DefenceIntelligenceofUkraine/Zenger)

The vehicle can be seen suddenly exploding in a ball of flame as smoke rises into the air.

The footage was obtained from the Main Directorate of Intelligence of the Ministry of Defense of Ukraine (HUR MO) – the country’s military intelligence service – on Saturday, August 20, along with a statement saying: “A precious radar complex of the occupiers was destroyed in the Zaporizhzhia region.”

The Ukrainian military intelligence statement added: “On August 19, in the Zaporizhzhia region, the Ukrainian defenders destroyed a rare example of a rashist ‘analog weapon’ – the ‘Zoopark-1’ reconnaissance and fire control radar complex and four units of automobile and armored vehicles.”

The images and statement were also relayed by the Ground Forces of the Armed Forces of Ukraine.

The Zoopark-1 is a counter-battery radar system used by the Russian Armed Forces. It is designed to detect enemy field artillery up to distances of 40 kilometers (25 miles).