The images were obtained from the Central Air Command of the Ukrainian Air Force, on Sunday, August 21.
By Joseph Golder August 23, 2022
Facebook
Twitter
Linkedin
Email 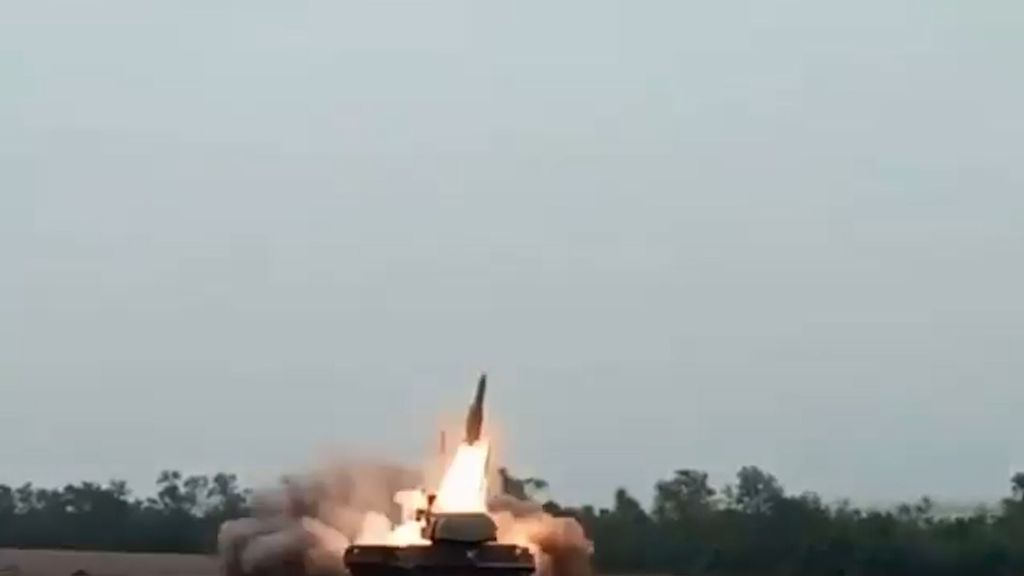 Ukrainian Buk fires missile on the Russian reconnaissance drone in Ukraine in undated footage. Buk is a family of self-propelled, medium-range surface-to-air missile systems developed by the Soviet Union and its successor state, the Russian Federation, and designed to counter cruise missiles, smart bombs, fixed- and rotary-wing aircraft, and unmanned aerial vehicles. (@PvkCenter/Zenger).

This footage reportedly shows the Ukrainian Air Force shooting down a Russian drone with a Buk missile system in south-eastern Ukraine.

The video shows the system firing its missile at the enemy drone. The missile shoots into the sky and after a few seconds, it can be seen exploding as it hits its target.

The images were obtained from the Central Air Command of the Ukrainian Air Force, on Sunday, August 21, along with a statement saying: “Military personnel of the anti-aircraft missile unit of the Air Command ‘Center’ destroyed another UAV today in the south-eastern direction.”

Zenger News contacted the Central Air Command for further comment, as well as the Russian Ministry of Defense, but had not received a reply at the time of writing.