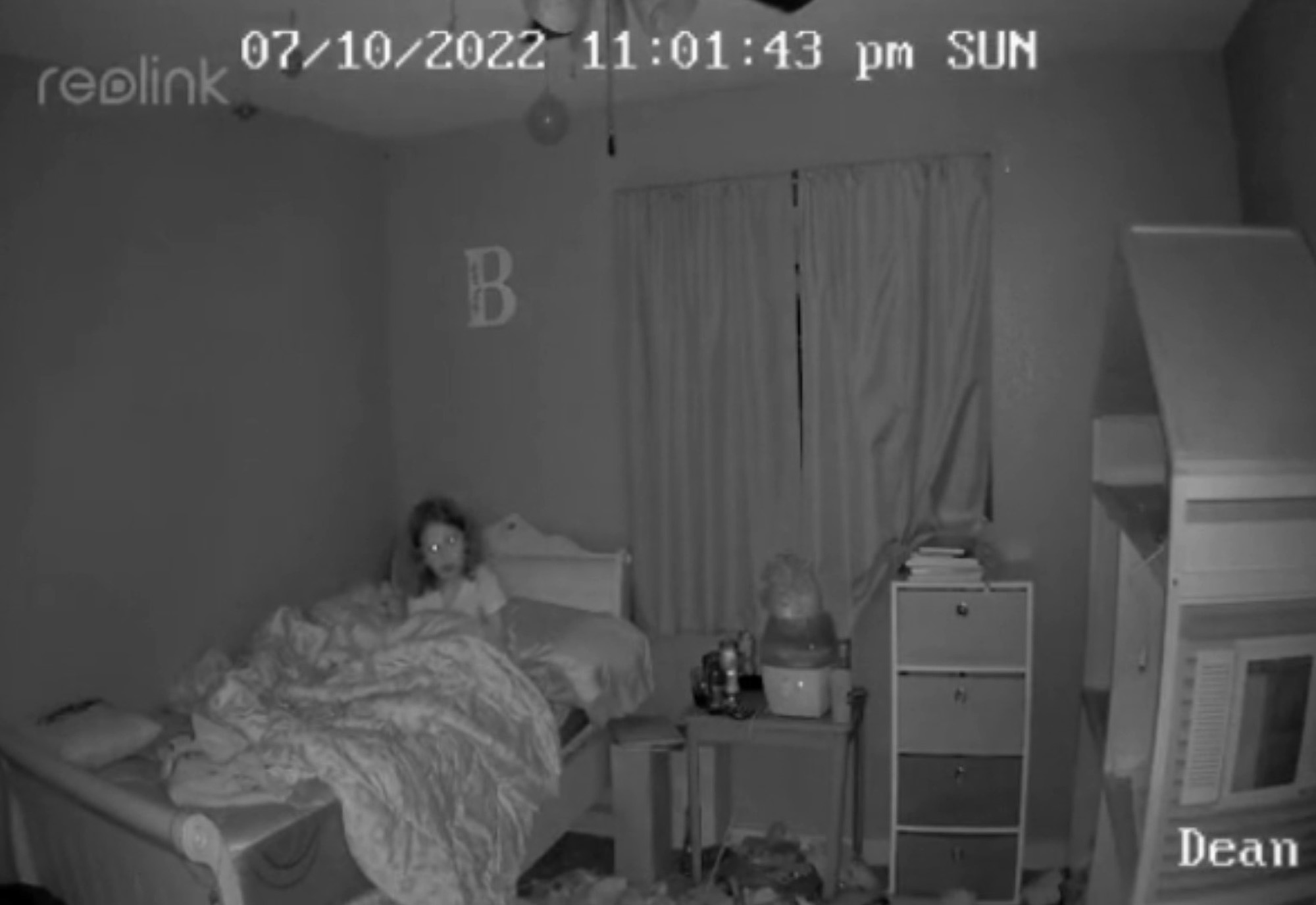 A spooky video of a young girl who apparently believes she is talking to her dead grandmother has gone viral on TikTok after she told her mom that “grandma always comes to visit”.

The bizarre footage was shot by TikToker Tracy Mays who is the mother of Elizabeth, an eight-year-old girl who recently told the 39-year-old woman from Cleburne, a city in Johnson County, in the southern U.S. state of Texas, that she had been talking to her late grandmother at night.

In the 1999 movie, The Sixth Sense, Bruce Willis plays a child psychiatrist helping a young Haley Joel Osment who can talk to the dead.

Mays said that the video was filmed around 11 p.m. on July 10 after she walked past her daughter’s room a few nights before and overheard her speaking to someone.

Mays explained: “For the past few years she has always talked to someone but last month I walked past her room around 2 a.m. and heard her talking to someone.

“I opened the door and told her to go to bed.

“The next morning, I asked her who she was talking to and she said grandma.

“That Grandma always comes to visit her.”

The video has amassed over 461,000 views on Mays’ TikTok account and received thousands of comments from paranormal activity enthusiasts along with skeptical internet users all too ready to provide Mays with what some might consider a healthy dose of reality.

One netizen responded: “I can hear a woman talking to her a couple of times in the recording. I think I can hear her say ‘Is there something you can tell me?’”

While user ‘MV’ added: “Come on guys? Video camera in a kid’s room? She is not a baby… Privacy, it’s so important…”

Mays went on to respond to netizen MV’s criticism.

She wrote: “It’s not in there all the time.

“It was for this one night to see who she was talking to.

“Also, not hooked up to Wi-Fi AND I asked her.”

Mays told Zenger News that she came up with the idea of putting up a hidden camera in her daughter’s room as she investigates paranormal activity.

She stated: “I investigate paranormal activity with my team, Wandering Soul Paranormal.

“We utilize cameras and other forms of equipment.”

“I told (Elizabeth) that mommy wanted to see Grandma if she could and told her what the red lights were so it wouldn’t scare her.

“She was good with it being in there and understood I was concerned.”

Mays stated that her mother died a day after celebrating Christmas with her family on December 26, 2015, due to kidney failure and did not have a chance to develop a relationship with Elizabeth.

She added: “My mom was devoted to us and I truly feel she comes in to make a connection with Elizabeth.

“In the video it sounds like she says, ‘Go to sleep’, and I had a medium who I find to be credible say that she kisses her on the forehead and says “snug as a bug in a rug”, which is what mom always said.”

“I would like to add that I know this is not negative energy or a demon.

“My house is light and happy and Elizabeth isn’t scared.

“I shared this moment because I wanted to share (like so many of my other posts) there are things we can’t explain.”