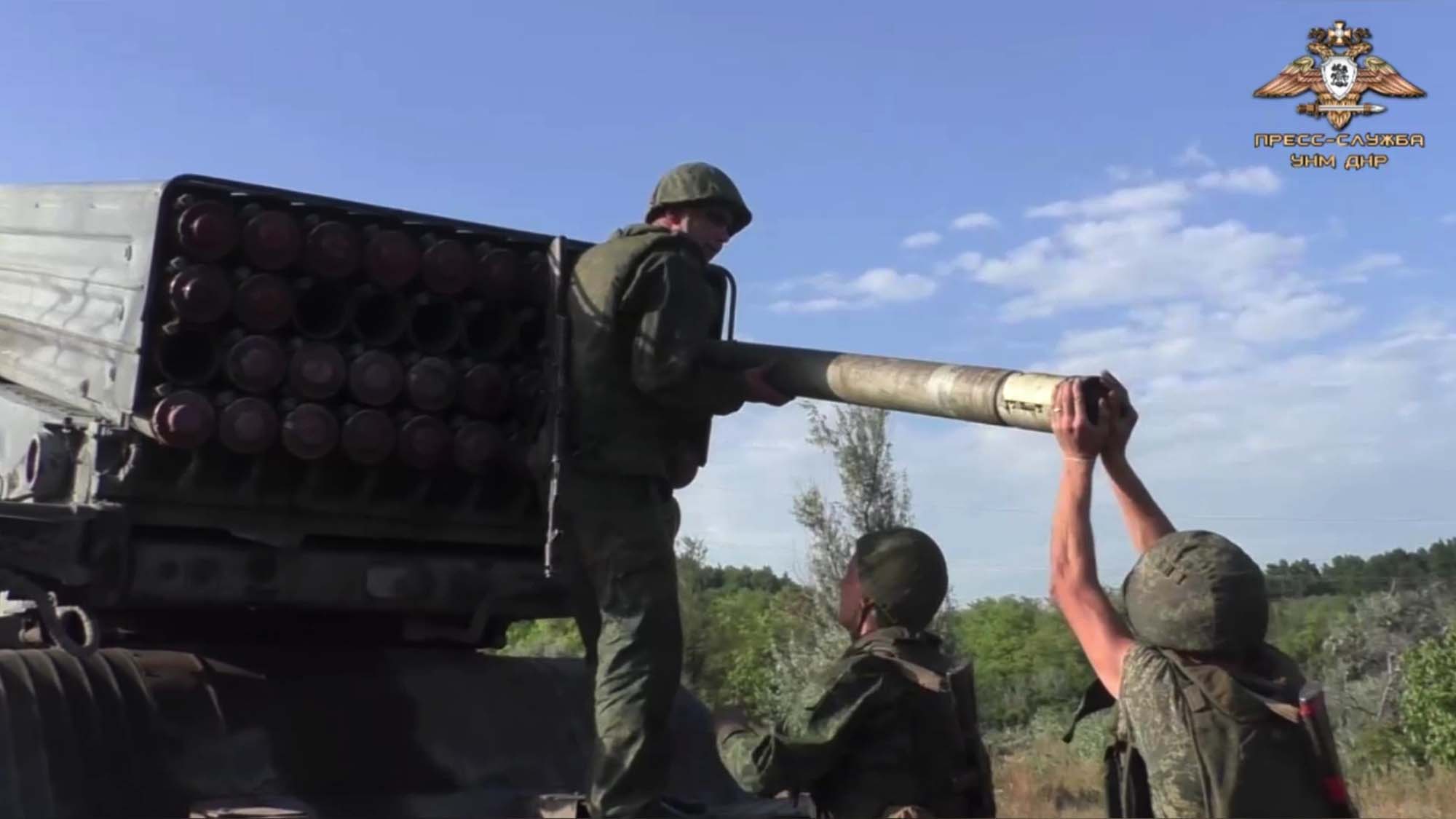 The pro-Russian, so-called Donetsk People’s Republic has claimed to have hit Ukrainian positions near Avdiivka in eastern Ukraine’s Donetsk region using Grad MLRS artillery, as allegedly seen in this footage.

The images allegedly show soldiers loading ordnance into the weapon system before it moves it is targeting system into place and opens fire on unseen Ukrainian positions.

The footage was obtained from the so-called Donetsk People’s Republic (DPR) on Sunday, August 21, along with a statement claiming that their artillerymen destroyed Ukrainian positions near Avdiivka.

They also claimed: “BM-21 ‘Grad’ units of the People’s Militia of the People’s Republic of Donetsk are firing at the Kyiv, systematically destroying the enemy’s fortified areas, which contributes to the advance of the allied forces and the liquidation of the enemy’s Avdiivka group.”