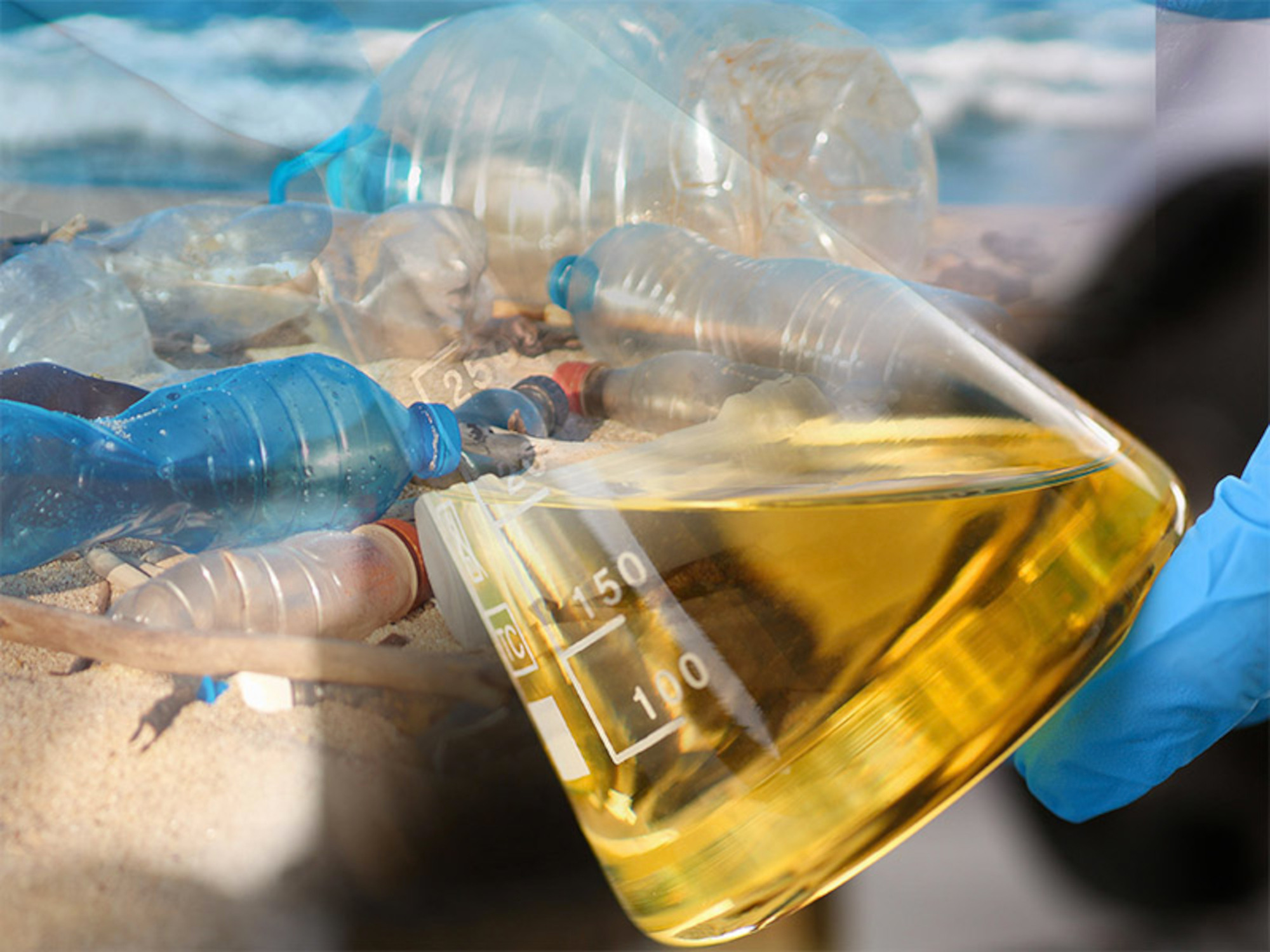 A more environmentally friendly way of recycling plastic has been created by scientists.

The new method releases less methane, which warms the Earth when it is released, compared with existing technology.

It converts plastic into bulk or commodity chemicals, which are made in very large amounts to be sold on global markets, more efficiently than existing methods.

The study’s findings were published in the journal ACS Catalysis. They were also presented at the American Chemical Society’s autumn meeting in Chicago today.

The innovation converts more plastic into useful products and minimizes the amount of the precious metal ruthenium used.

Researchers in the United States say existing plastic waste contains carbon-based chemicals that can be used to create durable materials and fuels.

Chemical bonds need to be broken to make new materials.

It is well known among scientists that adding hydrogen to plastics which are hard to recycle could prove a promising method of converting plastic waste into small hydrocarbons that could be used in new products.

This process requires efficient and selective catalysts, which increase the rate of chemical reaction, to make it economically feasible.

The team found that reducing the amount of ruthenium made it easier to convert plastic waste into chemicals.

The method is more efficient because the low ratio of metal to chemical support structure causes the structure to shift from an orderly array of particles to disordered rafts of atoms, the team say.

They analyzed how chemicals move from being ordered to disordered and then used existing theory to show how single atoms are more efficient at increasing the rate at which chemical reactions happen.

Study author Linxiao Chen from the same federal government lab said: “It was very interesting to us that there had been nothing previously published showing this result.

“This research shows the opportunity to develop effective, selective and versatile catalysts for plastic upcycling.”

To make the method practical for use when mixed plastic is recycled, the team now want to study how chlorine affects the efficiency of the chemical conversion.

“When you don’t have a clean plastic source, in an industrial upcycling process, you have chlorine from polyvinylchloride and other sources.

“We want to understand what effect chlorine has on our system.

“That fundamental understanding may help convert waste plastic that would usually end up as pollution in the environment into useful products.”