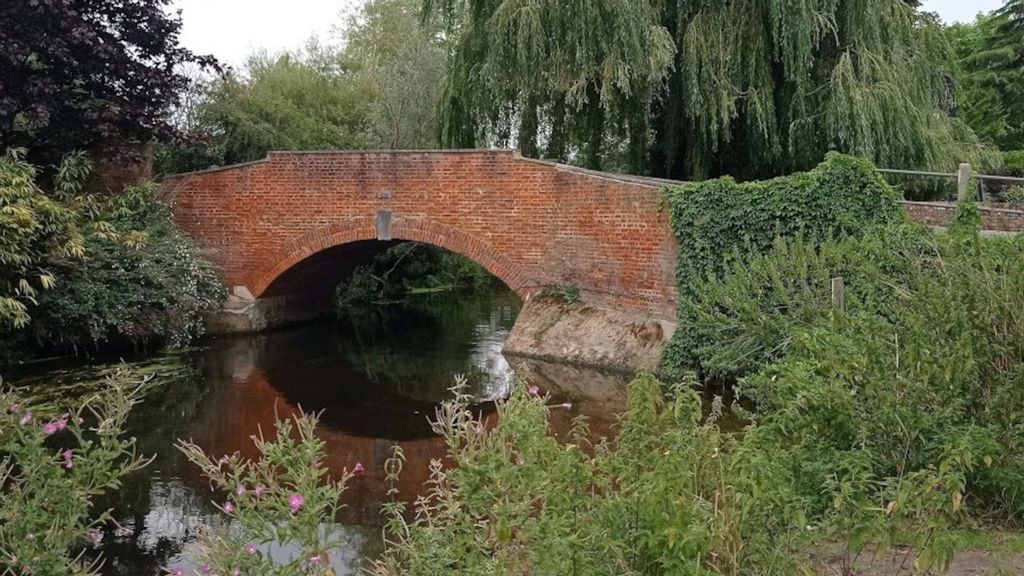 The river at Fordwich, a town near Canterbury, in the United Kingdom, where 'highly unsafe' levels of E.coli bacteria were found. Undated photograph. (Jon Mills, SWNS/Zenger)

Alarming levels of potentially deadly E.coli bacteria have been found in a section of a river popular with swimmers and canoeists in Kent, in the United Kingdom.

The discovery was made during water sampling in Fordwich, a town near Canterbury, England.

Despite the waters being crystal clear, traces of the bacteria which often originates from human feces were found.

The tests used the recognized Aquagenx testing method for E.coli. These were originally developed for delivering quick results in Third World countries.

Trained environmentalist Andy Harvey took the samples after stopping for a pint at a riverside pub and noticing how many people were in the water.

Local operator Canoe Wild posted on its Facebook page of a “crazy weekend” last weekend with a record 300 crafts being sent out in one day.

This section of the River Stour is not a designated swimming site, meaning its popularity is a concern for public health experts.

Mr. Harvey who is trained in using the testing system, fears it is a health risk to anyone coming into contact with the water on the stretch of river.

He said: “The test was positive for E.coli, we are very concerned.

“I was having lunch at the Fordwich Arms recently and noticed how many people were enjoying swimming and canoeing in the water, which looked very clean.

“Just out of interest I thought I would take a few samples and test them using the Aquagenx kit, which we have been using successfully to conduct tests in Herne Bay and Whitstable.

“But the results really surprise and worry us because they showed that coliform bacteria levels are greater than 1,000 per 100 milliliters [3.3 fluid ounces]- a level that is acknowledged as ‘highly unsafe’ by water quality experts.”

He added: “I am not sure what the cause could be for such high levels, although it has been very dry.”

On their website, Public Health England says: “Our advice on swimming in rivers is that people should be aware that very few are designated bathing waters and therefore swimming is not advised.”

They continued: “Open-water swimming can increase the risk of gastrointestinal illnesses, or stomach bugs, which may cause diarrhea and/or vomiting, as well as respiratory, skin, ear and eye infections.

“Most symptoms of these illnesses caused by micro-organisms such as norovirus, giardia and cryptosporidium, will generally be mild.

“However, there is also a risk of more severe infections caused by E.coli O157 which may cause severe gastrointestinal illness and leptospirosis (Weil’s disease), which can cause liver and kidney problems.”

Members of Sturry and Broad Oak Residents’ Association in Kent are also now said to be “extremely disturbed” by the latest pollution readings.

They have sent the findings to local councilors and MPs Roger Gale and Rosie Duffield.

Southern Water is already under fire for the discharge of untreated sewage in the sea off the Kent towns of Herne Bay and Whitstable.

A spokesperson said: “There are many sources of pollution in river water – agriculture, industry and wildlife all contribute.

“In rural areas, many homes have septic tanks and unless regularly emptied and properly maintained these can be a continuing source of pollution.

“Our sites in the area have all been operating normally and would not have made storm releases during the recent hot dry spell.”

A spokesperson for the Environment Agency said: “We are not aware of any recent issues in the River Stour at Fordwich regarding sewage pollution.

“The Environment Agency only samples for E.coli at designated bathing waters during the summer bathing water season.

“As Fordwich is not designated bathing water, we do not have any E.coli sample data for this site.

“Our advice on swimming in rivers is that people should be aware that very few are designated bathing waters and therefore swimming is not advised.

«Previous Post
‘Green’ Couple Re-Use Shower Water And Reject Toilet Paper In A Bid To Help Save The Planet»Next Post
Climate Change Has Been Harming Bees For Almost A Century, New Study Reveals