“If you're getting a takeaway every week, change it to once a month and you'll end up saving around 60 pounds [$71] a month.”
By Simona Kitanovska August 23, 2022
Facebook
Twitter
Linkedin
Email 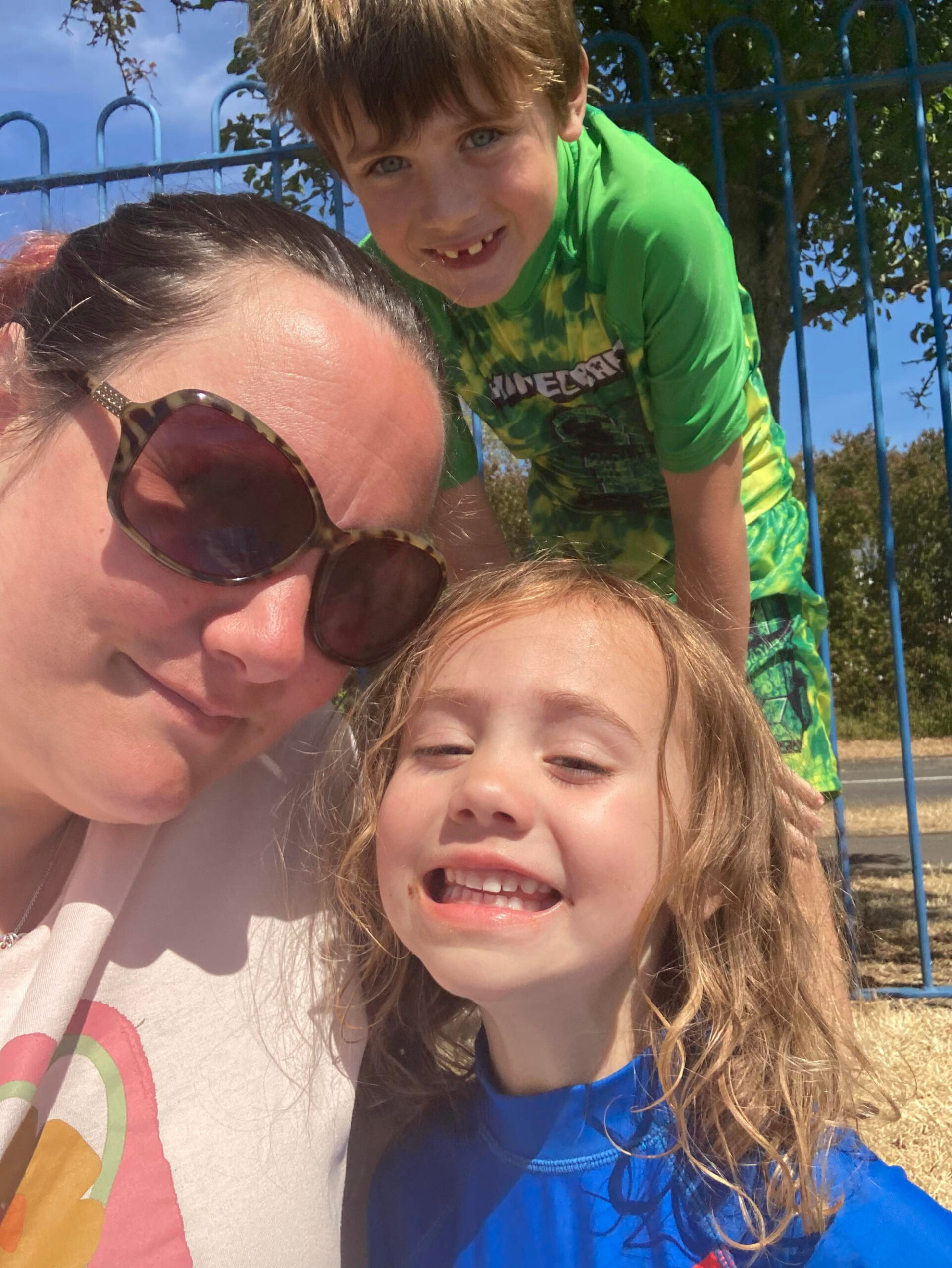 Maddy Alexander-Grout with her children Ben and Harriet pose in an undated photo.Grout was in $47,000 of debt and said buying 'yellow sticker' discounted food helped her pay it back - and now she's a money specialist helping other families. (Maddy Alexander-Grout, SWNS/Zenger)

A woman who was more than $47,000 in debt said buying ‘yellow sticker’ discounted food helped her pay it back – and now she’s a money specialist helping other families.

Maddy Alexander-Grout, 38, got into debt thanks to six credit cards and loans she took out at university which spiraled out of control.

She lived a lavish lifestyle as a student and didn’t realize how much she was spending on clothes, take-out food, shoes, and nightlife or how her credit score was being affected until years after she graduated.

After racking up 40,000 pounds ($47,000) of credit card debt herself, Alexander-Grout turned to shopping for clothes in charity shops and started only buying discounted food.

She managed to pay all her debt back in five years as a result.

Now debt-free, Alexander-Grout has stuck to her money-saving ways and claims she only buys ‘yellow sticker’ food – unsold food nearing its sell-by date that has been discounted by supermarkets.

The mother-of-two goes ‘yellow sticker’ shopping four times a week and advises other families struggling with food prices shooting up to do the same.

Working as a money specialist for the ‘My VIP Rewards’ savings app, Alexander-Grout’s other top tips include freezing food, making sure all appliances are turned off when not in use and cutting back on restaurant meals.

Alexander-Grout, who lives in Southampton, in the south of England, in the United Kingdom, with her husband James, 41, and their children Ben, seven, and Harriet, three, said: “The cost of living crisis is affecting families everywhere and there are some really easy ways to save money when you analyze what you’re spending.

“If you’re getting a takeaway every week, change it to once a month and you’ll end up saving around 60 pounds [$71] a month.

“Turn off your appliances. Don’t leave your TV or Skybox on standby and unplug your microwave because electric is used to keep the clock on it is active – that could save you around 80 pounds [$94] a year.

“Don’t leave your fan on, and when you can, switch to a fixed rate energy provider, or better yet, get a smart meter installed.

“I go ‘yellow sticker’ shopping four times a week – I won’t buy food that isn’t discounted now. I also freeze a lot of food; people don’t realize how much food you can freeze!

“If something like pasta or rice or beans is on sale, I’ll always buy an extra bag to keep the cupboard stocked up.

Alexander-Grout said: “We’d visited the free splash park a few times during the hot weather and I suggested to Ben that we throw his birthday party there, which he thought sounded fun.

“In the middle of a cost of living crisis, parents can’t afford to do expensive birthday parties, so I started to investigate options to have a cheap party.

“I messaged parents on WhatsApp rather than buying invitations, and there ended up being nine children at the party.

“We all bought picnic blankets, and we made up little boxes with sandwiches, Pringles, mini rolls, party rings, and sausage rolls.

“We made little recyclable party bags, with sweets, reusable straws, bubbles, pencil and erasers, and we bought a cake.

“I also bought some water guns from the pound shop which they loved playing with.

“We only spent 34.17 pounds [$40.50] on the entire party. The kids had hours of fun and we even have leftover sweets we can use for Halloween!

“An amazing day was had by all and not much money spent.

“I’d advise that when saving money in the cost of living crisis, look at what you can cut back on, but you don’t have to cut everything out.”