The consultant from Doncaster, South Yorkshire said the best thing to do is to soothe the child by supporting them emotionally.
By Simona Kitanovska August 23, 2022
Facebook
Twitter
Linkedin
Email 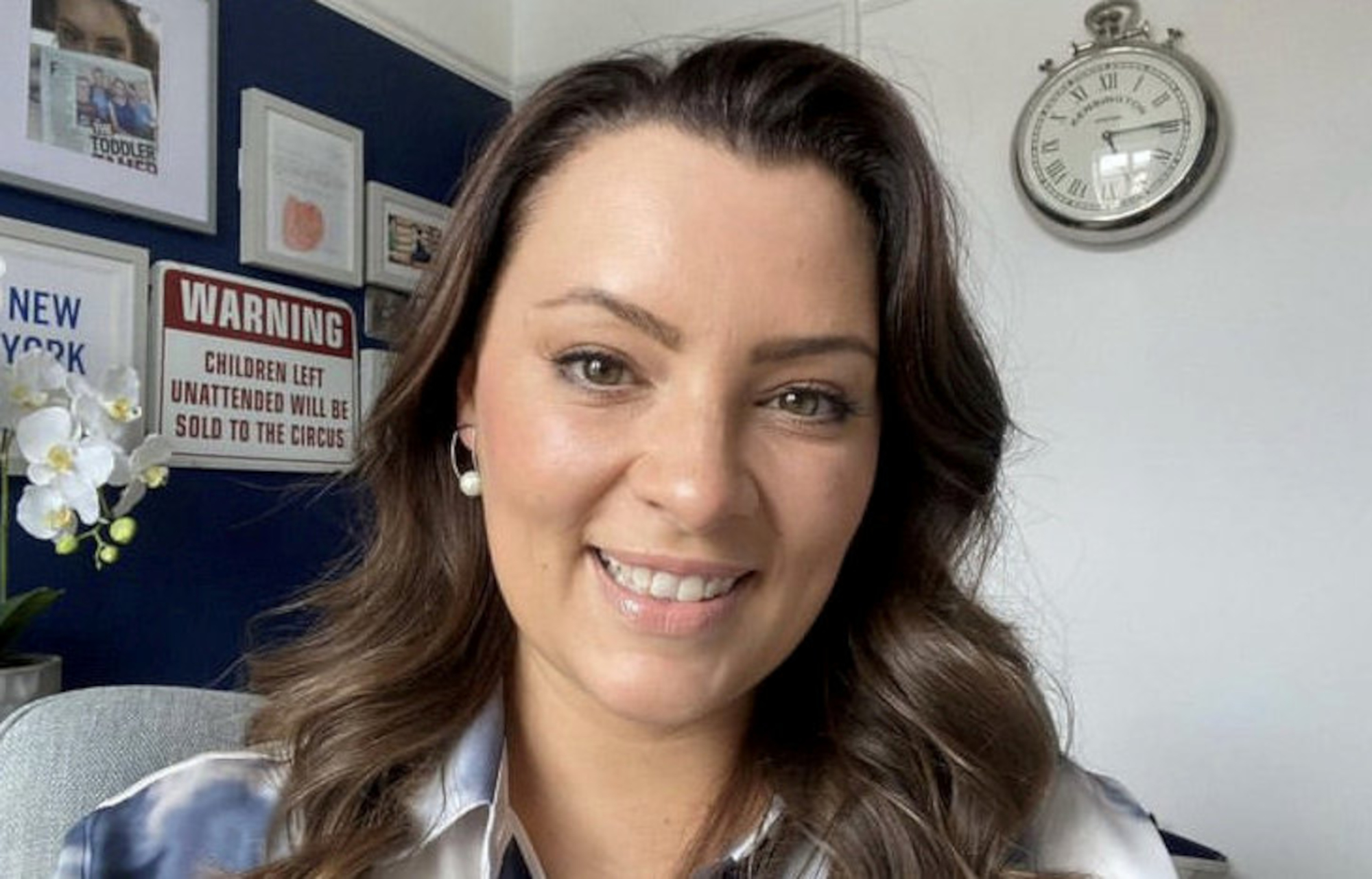 Laura Amies,39, poses in an undated photo. Amies is a child expert that has revealed a simple mistake parents make to calm their baby that will actually make them cry more.(Laura Amies,SWNS/Zenger)

A child expert has revealed a simple mistake parents make while calming their baby which actually makes them cry more- and what you should do instead.

Former nanny Laura Amies, 39, says never give them the toy they’re screaming for – such as an iPad – because this makes things worse in the long run.

The consultant from Doncaster, South Yorkshire, in England, in the United Kingdom, said the best thing to do is to soothe the child by supporting them emotionally, such as hugging and sitting with them.

A video shared on TikTok went viral, amassing nearly two million views, of Amies sharing the harsh truth – and the reactions were mixed.

Her video, responding to someone complaining that their child screams until they are given an iPad, read: “If screaming results in a positive outcome, why would they stop screaming?”

Explaining the situation in more depth, Amies said: “When you’re in that moment, when the child is having an emotional breakdown it can be a difficult time for parents too.

“They go into fight or flight mode – it makes it impossible for them to think logically.

“In that moment when a child is displaying challenging behaviors that can lead to quick or impromptu reactions, or can result to quick fixes.

“They just want to stop the tears – so they give the child the iPad.”

But Amies went on to explain that there are several phases to a tantrum of that nature, and giving them the iPad isn’t the best way to calm them down.

In fact, in the long run, it can cause more problems for exhausted parents – and they should try another technique instead.

She said: “There’s always some kind of trigger. Here, the trigger for the tantrum is that they want the iPad and they don’t have it.

“After this, they’ll go into the bargaining phase – where they begin pleading for the thing they want.

“If the trigger remains, they move into the next phase – escalation.

“In this phase, most parents give in so the child will settle down. The child is given what they want.”

But Amies said that approach can cause long-term problems for the already exhausted parents – and they should resist giving the child the thing they’re screaming for.

She explained: “When the child is triggered, their coping strategy will be the behavior that makes that trigger go away.

“So if they get the iPad, the tantrum will become their coping strategy – it’s subconscious, it’s what they are conditioned to do.”

The childcare expert said the best thing to do is actually go and soothe the child by supporting them emotionally, such as hugging and sitting with them.

This way they will be able to move onto the next phase, the acceptance phase, where they might still feel sad but they starting to accept they can’t have the thing that triggers them.

When they have had time to process that emotion, they can then detach and move on – known as the detachment phase, which is the final stage.

“It’s very difficult, not many people will allow their child to get to the detachment phase.

“But it’s important because the more they get there, the more patience, resilience, tolerance and understanding they develop.

“These are the things that help you get through life, you can develop more rounded coping skills to deal with the world we live in,” Amies said.

“In the real world, you don’t always get what you want just because you’re crying for it,” she added.

Amies, who is not herself a mother, said she understands it can be hard for exhausted parents – but doing this instead of giving the child what they want will have longer-term gains.

“If you respond in this way every time, your behavior will be predictable to the child and they will fall into that rhythm too.

“You can support a child and still keep a boundary in place,” Amies said.

She added that she understands parents can be tired and fed up – and the last thing she wants to do is appear to be “parent bashing”.

But Amies said the best way to raise a child is to follow her instructions – which will help them “deal with the peaks and troughs of life”.

Her TikTok drew in a range of different responses, with many users applauding her attitude.

“I’m a teacher and I have seen this too many times! Then they start screaming at school in the middle of my lesson because they think I will give in,” said one TikTok user.

Another said: “Exactly. Once they start screaming and crying it’s a definite NO. Great advice! Let your yes be yes and your no be no.”

A third added: “”Never give a positive reward for negative behavior. This is basic Teaching/Learning Dynamic at its best.”

But some didn’t agree – with one saying: “I’m 40, if my mom came in and took something off me that was meeting a need I’d scream too! Children have needs that are met by an iPad!”

“I’m not suggesting you just whip an iPad from them, plus need an iPad does not fall into the official category of a need. It’s a want.” – Amies responded quickly.

She finished by saying the main takeaway for parents is to “have faith in yourself and the life experience you have.”

“You can’t always make your child happy, that can’t be your aim.

“I’m not saying make them sad, I’m saying that instant gratification will not make them happy overall,” said Amies, finally.

Amies shares a range of other childcare tips and advice on her social media – such as how to stop a tantrum once it’s already started – @nannyamies on Instagram and TikTok.