The first piece of video was obtained from the General Staff of the Armed Forces of Ukraine.
By Joseph Golder August 23, 2022
Facebook
Twitter
Linkedin
Email 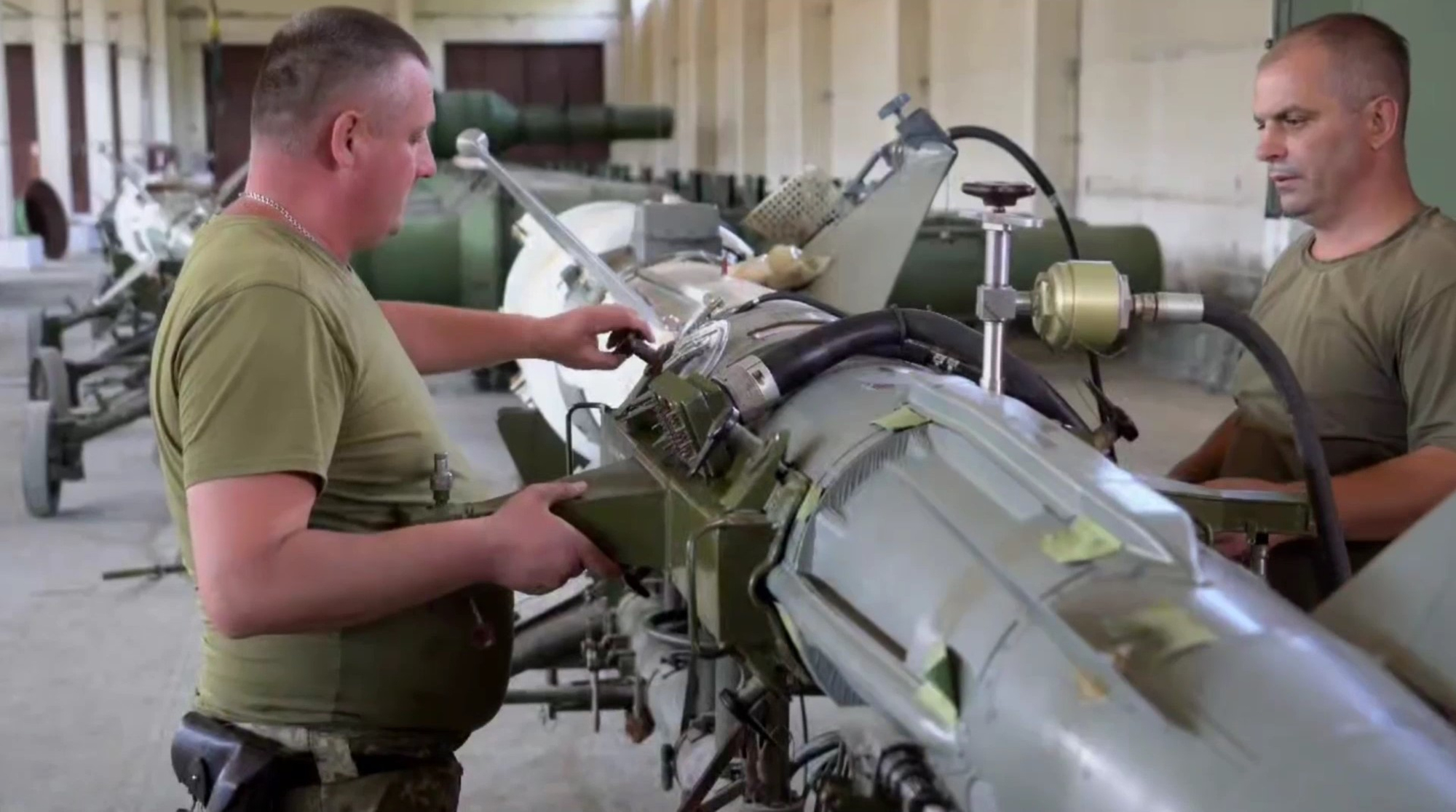 Missile logisticians of one of the divisions of the Logistics Forces Command of AFU work with military equipment in a workshop in Ukraine in an undated footage. From beginning of war in Ukraine to today, they have exceeded the task of the annual plan to provide missile and artillery weapons by 600 percent. (@GeneralStaff.ua/Zenger)

Meet the Ukrainian bomb builders and arsenal repairers who have exceeded their production targets by 600 percent since February.

The images offer a rare glimpse inside Ukraine’s military manufacturing and repair facilities, showing workers putting bombs together and fixing damaged equipment, all under the watchful eye of a pet cat.

“From February 24 2022 to today, they have exceeded the task of the annual plan to provide missile and artillery weapons by 600 percent!

“Steel power and unwavering will! We believe in the Armed Forces!”

The images and statement were relayed by the Central Air Command of the Ukrainian Air Forces.

The General Staff also released a second piece of footage apparently showing weaponry being repaired and saying: “Masters of engine logistics, cleaners, assemblers, assemblers… narrow-profile technical support specialists… Selfless and courageous work! These are mobile repair groups working on the front lines! These are high-quality and quickly repaired samples of weapons in workshops, in particular, those that come from partner countries.

“The face of the logistics of the Armed Forces. According to the classic Winston Churchill – the bright flower of Victory will bloom!”

Zenger News contacted the General Staff of the Armed Forces of Ukraine for further comment, as well as the Russian Ministry of Defense, but had not received a reply at the time of writing.