"I have come a long way and I look back now and can't believe what I used to be like. "
By Simona Kitanovska August 23, 2022
Facebook
Twitter
Linkedin
Email 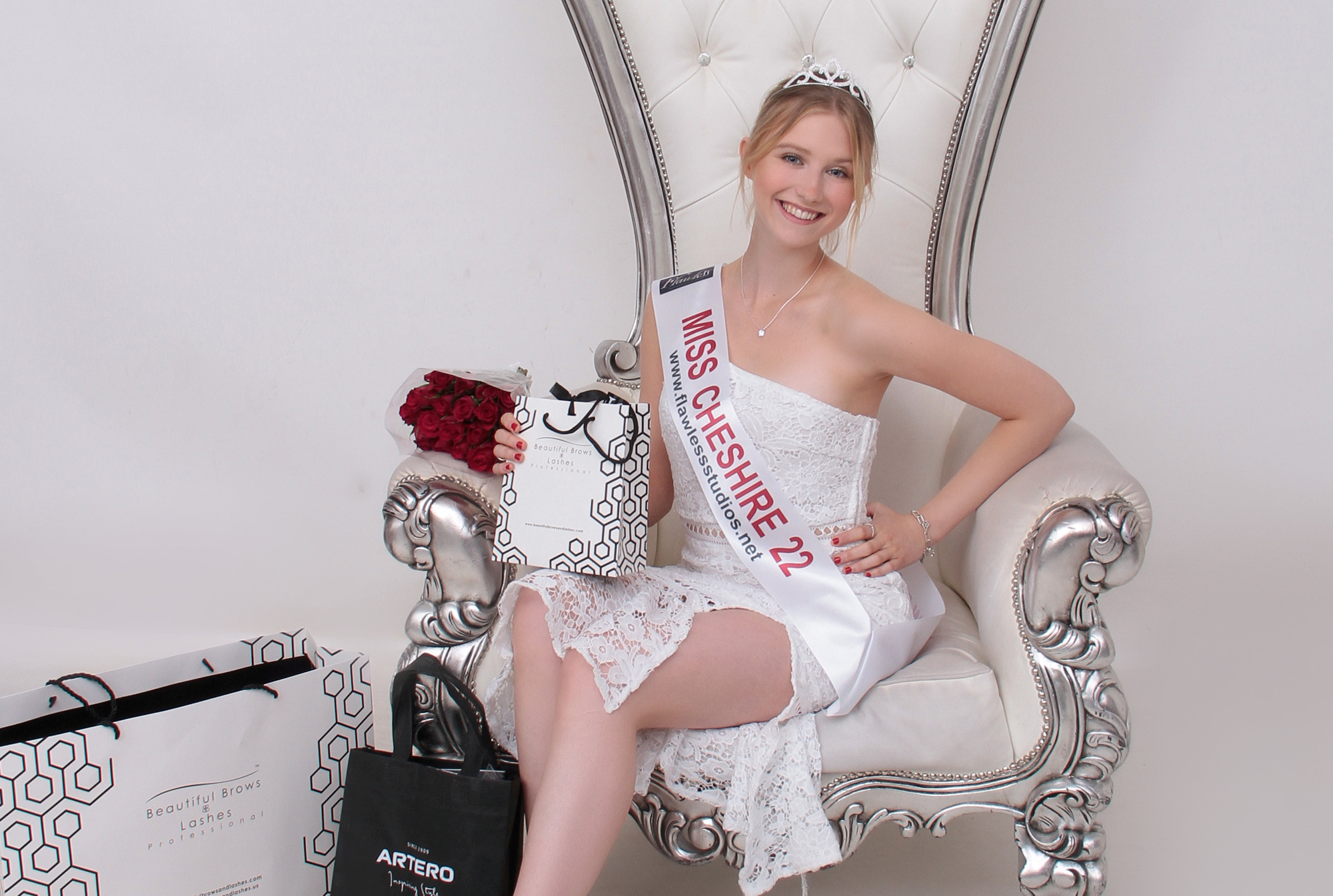 Jess Hynes poses in an undated photo. Hynes is an anorexic survivor who dropped to just 70 pounds after watching fitness videos online in lockdown is now in the running to be crowned Miss England after beating the disease. (Matthew Newby, SWNS/Zenger)

A former anorexic who plummeted to just 70 pounds after watching fitness guru videos on Youtube is now in the running to be crowned Miss England after beating her illness.

Jess Hynes, 21, endured two years of anorexia hell after becoming obsessed with the perfect body image she was being exposed to on social media.

The psychology student started fixating on her weight and began excessively exercising during lockdown after watching fitness videos by Joe Wicks and Chloe Ting.

Hynes said she became obsessed with achieving the “perfect healthy lifestyle” but was unwittingly doing the exact opposite as she dropped to just 74 pounds.

Shockingly, after realizing she had a problem she visited her GP only to be told she was fine and should “eat a few more pies”.

Hynes, who would only consume 700 calories a day, was later hospitalized and overcame her demons with food by undergoing cognitive behavioral therapy.

After getting her weight back up to a healthier 112 pounds, 5-foot 6-inch Hynes plucked up the courage to enter the Miss Cheshire beauty pageant.

And last week she was stunned to be crowned the winner at a ceremony in Manchester, which automatically lands her a place in the final of Miss England 2022.

Hynes now wants to use her platform as a beauty queen and anorexia survivor to help and inspire others who may be suffering from eating disorders.

Hynes, of Chester, a city in northwest England, in the United Kingdom, said: “I have come a long way and I look back now and can’t believe what I used to be like.

“I started having eating problems at the age of 18 when university life had started but it got worse during the first lockdown.

“I was seeing all these fitness gurus saying you can do all these home workouts. With too much time on my hands I got obsessed with the perfect healthy lifestyle.

“I was working out excessive amounts – it was mainly Joe Wicks videos and YouTube influencers like Chloe Ting – but I was cutting food too.

“The misconception with anorexia is that we don’t eat anything but we obviously do.

“I would have Weetabix for breakfast, some toast at 3 p.m. and then something lean for dinner, like one chicken breast.

“Snacking never happened. You get these food rules in your head. A by-product of anorexia is OCD. You have your safe foods that would work for you.

“I would say it was 700 calories in a day. I did track it for the first few months. My lowest weight was 34 kilograms [74 pounds], which shocks people.

“Biologically you are living but you’re not living.

“I knew that I wasn’t living and I was not just hurting myself but others who cared about me.

“When I was at my lowest weight I didn’t go to the doctors for a while. I was 40 kilograms [88 pounds], and the doctor weighed me and just told me I was fine and to eat some more pies.

“It’s quite difficult to change your life when you’re so stuck in losing weight.

“I used cognitive behavioral therapy which I still have remotely and go in for appointments every few weeks.

“I got my social life back and saw food again as something to enjoy and nourish my body.

“I would say I have 2,000 calories a day now. My metabolism has changed. I starved it for so long that I wanted to eat everything. I snack a lot more now.

“I would say social media is the main cause behind it. I’m a perfectionist and on social media you have unrealistic versions of what is supposed to be ‘perfect’.

“It’s a good environment social media but it can be quite toxic.

“So instead of being ‘perfect’ I want to show that we all have insecurities too and make mistakes because everybody is different and you never know what anyone is going through.”

Hynes decided to enter her first ever beauty pageant despite never hearing of Miss England before as a way to get her “sense of self-worth” back.

She has also recently been signed for a modeling agency in London as well as having her sights set on the Miss England crown.

She added: “I didn’t even know what Miss England was, I was told about it through word of mouth.

“I didn’t actually think it would be an option for me until I recovered from anorexia when I figured I should just enter because I might never do it.

“I entered Miss England because I was hoping to firstly show myself I can be confident and now I have the strength that I did not have last year to do it this year.

“I lost a sense of self-worth for two years and I wanted to get that back.

“I wanted to spread awareness of anorexia and the damage it can do but to also inspire other sufferers to find the strength to recover.

“I have always been about living in the moment and this is why Miss England for me is so exciting because you never know what you could achieve with ambition.

“I’m looking to get involved with Beat, the eating disorder charity, as they have close links with Miss England.

“I also applied for a modeling agency in London and I got signed two months ago so I want to see where that takes me too.

“My goal from the start has always been to inspire young women who may be in the same position I was.”

Hynes will be taking part in the Miss England final on October 17 at the Heart of England Conference and Events Center in Coventry, a city in central England, in the U.K.

The winner qualifies for the 71st Miss World Beauty with a Purpose final.