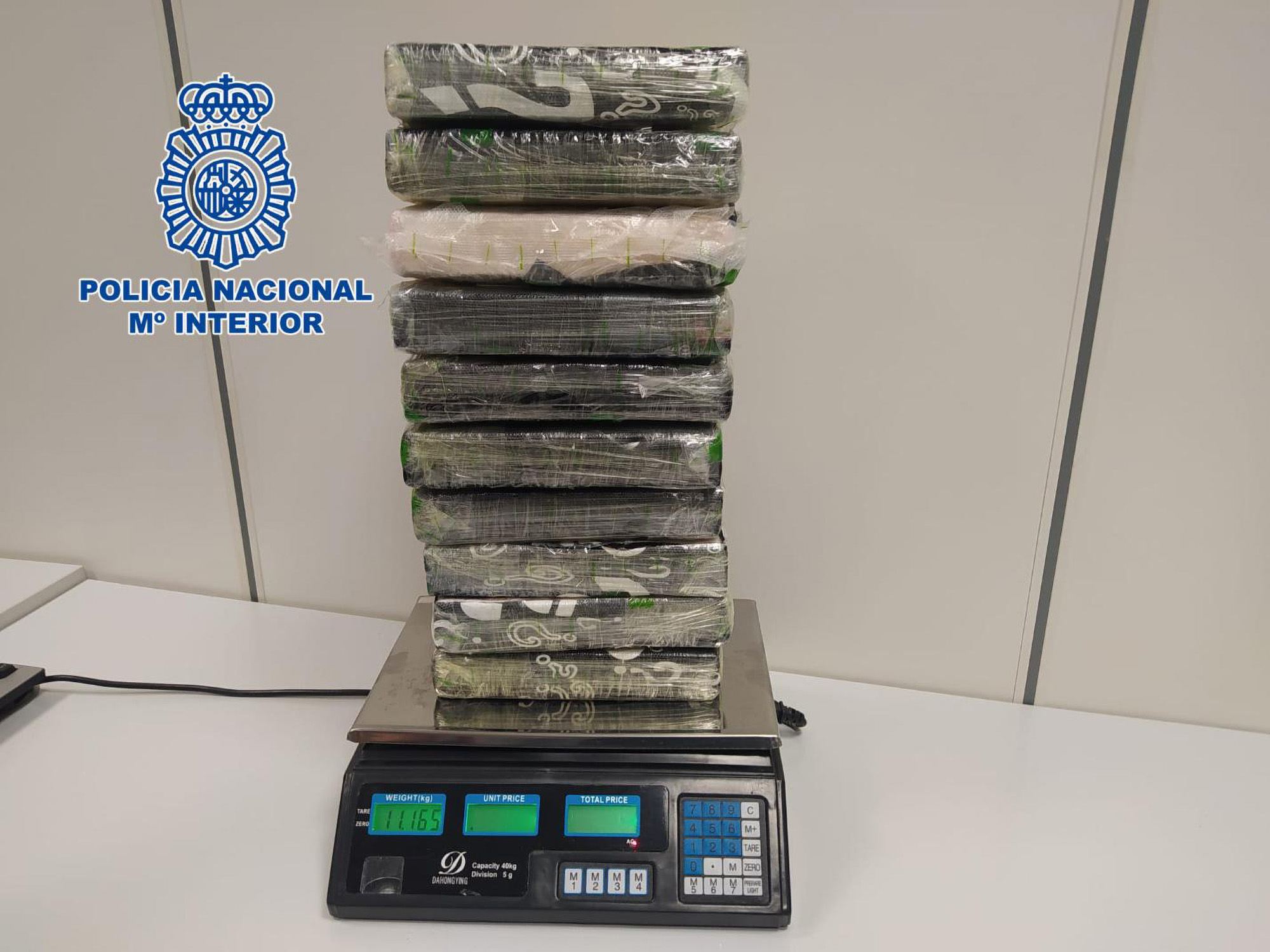 Picture shows the 11 kilogrammes of Colombian cocaine seized by the authorities, in Madrid, Spain, undated. It allegedly belonged to Maria del Mar known as 'Queen of Ronda' who was arrested following a drug deal. (Zenger)

A notorious drug trafficker known as the Queen of Ronda has been busted in Spain with 24 pounds of cocaine.

Spanish police said that they also found nearly 23,000 euros ($23,058) hidden in her car, as can be seen in the footage, after arresting the notorious trafficker during a drug deal.

Maria del Mar, the 38-year-old woman, who is known as ‘The Queen of Ronda’ (‘La Reina de Ronda’), was arrested moments after receiving a whopping 11 kilograms (24.2 pounds) of cocaine during a drug bust in Madrid, Spain, the cops said.

The footage shows a police officer finding two knives in the side door of the vehicle before using one of them to open a hidden compartment located in the dashboard. Inside, the officer found two packets that reportedly contained nearly $23,000 in cash.

Del Mar is the head of an organized crime ring that uses human drug mules along with suitcases in planes to transport illegal substances and distribute them through Spain and other countries in Europe, the police said.

Zenger News obtained a statement from the Interior Ministry in Madrid (Ministerio del Interior) in Spain on August 17, that stated that the 38-year-old was arrested during the drug bust along with two other people, including a woman who police say was responsible for transporting the 11 kilograms of cocaine from Colombia to Madrid.

Police then conducted a search on a vehicle in the suspects’ possession and found a secret compartment containing a large sum of money that local media reports have implied may have been intended as a final payment, along with six encrypted mobile phones.

The investigation was carried out by the National Police in Spain in collaboration with the Colombian National Police’s Anti-Narcotics Directorate (DIRAN), the statement said.

The 38-year-old was dubbed ‘The Queen of Ronda’ by Spanish media after she was arrested 10 years ago on similar charges while residing near a town known as Ronda in Spain.

Her name is also said to be inspired by a book about a woman who becomes the head of an organized crime ring in Mexico called ‘The Queen of the South’ (‘La Reina del Sur’), by the Spanish novelist and journalist, Arturo Perez Reverte.

Del Mar is known for using the same modus operandi time and time again while spending large portions of her earnings on surgical procedures that are aimed at modifying her appearance, which is considered a common practice among drug traffickers.