The footage was obtained from the Chernihiv Regional Territorial Center for Recruitment And Social Support on Monday, August 22.
By Joseph Golder August 23, 2022
Facebook
Twitter
Linkedin
Email 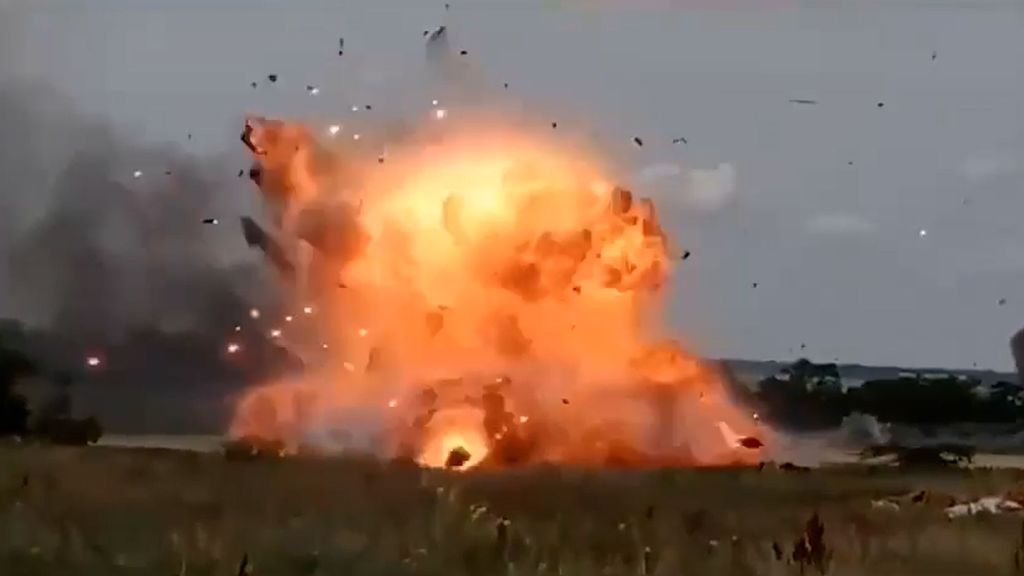 The Russian BMP explodes after being destroyed by Ukraine's Armed Forces in Ukraine in undated footage. A BMP is a Russian amphibious tracked infantry fighting vehicle that is not unlike a light tank. (@ChernihivTCKtaSP/Zenger)

This footage shows a burning Russian infantry fighting vehicle exploding after it was hit by Ukrainian firepower.

The footage was obtained from the Chernihiv Regional Territorial Center for Recruitment And Social Support on Monday, August 22, along with a statement saying: “The enemy’s equipment is on fire! Our native Ukraine will win. Ukrainian defenders magically destroyed the occupiers’ BMP.”

It is currently unclear where exactly in Ukraine this footage was shot. A BMP is a Russian amphibious tracked infantry fighting vehicle that is not unlike a light tank.

Zenger News contacted the Chernihiv Regional Territorial Center for further comment, as well as the Russian Ministry of Defense, but had not received a reply at the time of writing.