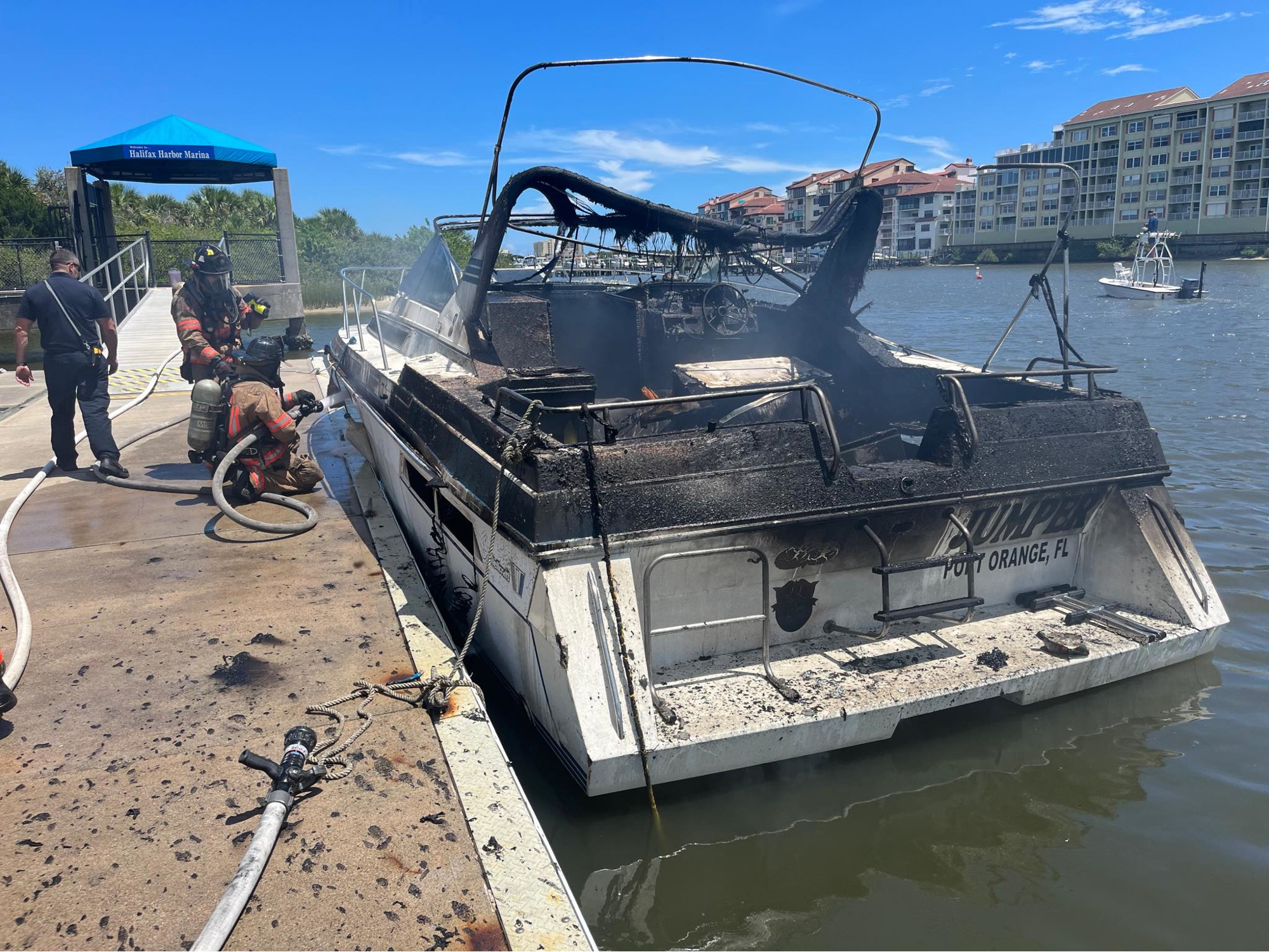 This footage shows an explosion on a boat in Florida nearly ripping the vessel in two and leaving four people injured.

One woman was airlifted to the hospital, with a total of four people being injured after the explosion on the speedboat took place in a Florida marina.

CCTV footage from a nearby building – shared by the Daytona Beach Police Department — shows the moment the back half of a speed boat explodes, sending flames and debris into the air on Sunday, August 21.

The shockwave was so strong that it appeared to rip the top half of the boat nearly clean off, with fire seen gushing out of the back of the boat when the explosion took place.

People seen at the back of the boat appeared to be caught in the blast, but they seem to be miraculously left standing afterward despite reportedly suffering injuries.

The incident, in which the four unnamed people were injured, occurred at Halifax Harbor Marina, which is located in the city of Daytona Beach, on Florida’s Atlantic coast, in the south-eastern United States.

Police said that three of the injured declined to be transported to the hospital, while one woman who suffered severe burns had to be airlifted to a nearby trauma center in Orlando.

The woman – reportedly in her 50s – had burns on her right side including her shoulder, arm and leg.

The footage was obtained by Zenger News from the Daytona Beach Fire Department, along with a statement saying: “Security video captures the moment this boat exploded and caught fire.

“Daytona Beach Firefighters responded to the Halifax Harbor Marina for a boat fire that started just after the boaters refueled. Four people total were injured and one was airlifted to an Orlando hospital for burns.”

Local Vincent Kraus told media he was heading out on the water from the marina at around 1 p.m. when he saw the boat explode.

Kraus said: “We were on our way to help them to make sure everything was OK, but it was rescued there before. That boat that exploded has now been towed away from the marina.”

And Boater and witness Laurie Brennan said: “I could see the bow tail and part of the back. It was a very large vessel.”

While Ilene Jones added: “It’s sad to see more than anything. Somebody definitely had a bad day.”

The police have not shared further details regarding the incident.