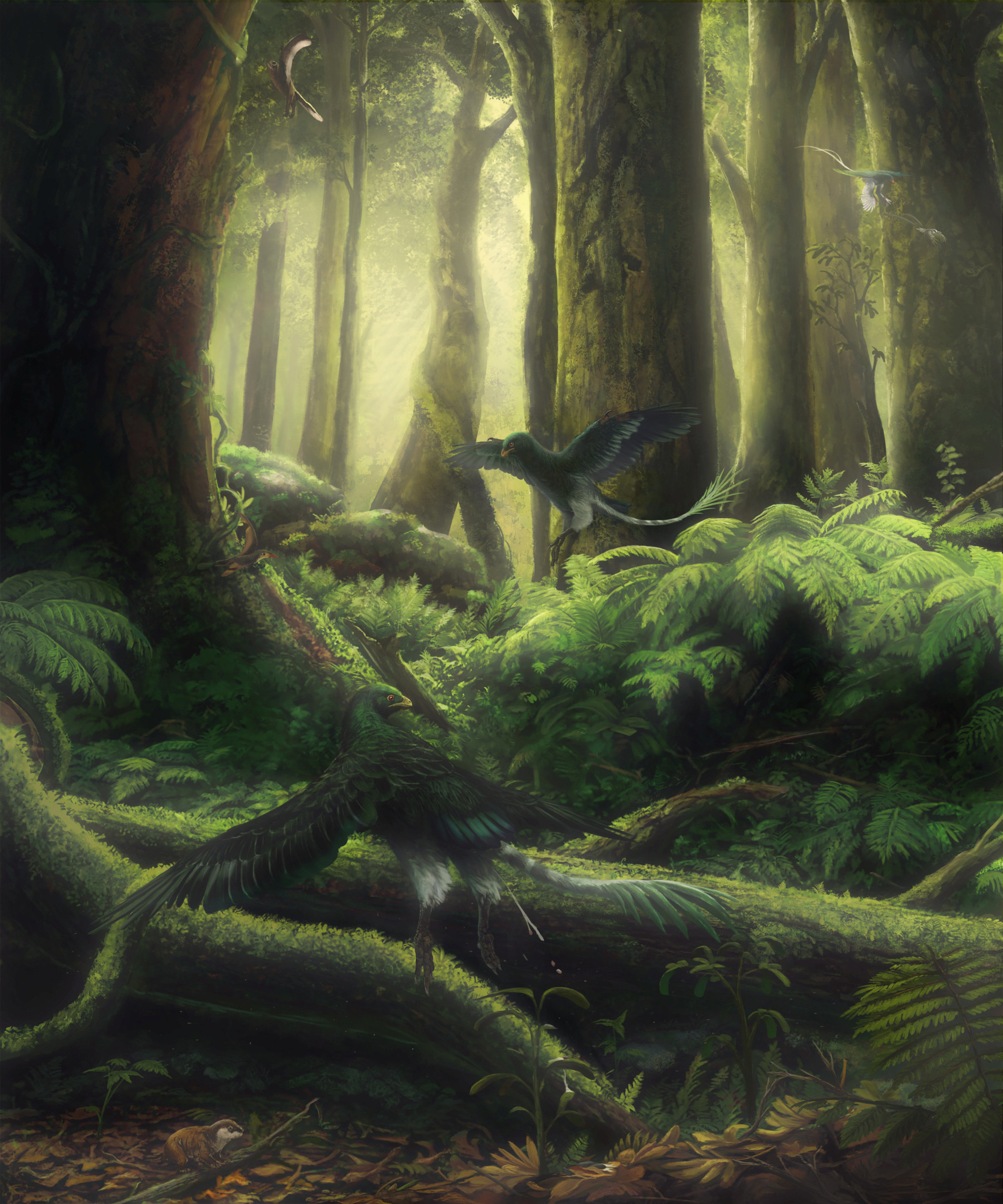 The earliest-known animal to eat fruit was an ancient bird that lived 120 million years ago, according to new research.

Hundreds of animals eat fruit now, but most fruit-bearing plants appeared only relatively recently in Earth’s history, showing up for the first time in the Cretaceous era – the final period of the dinosaurs.

The findings were published in the journal eLife.

By comparing the skull shapes and stomach contents of fossilized birds, American scientists have discovered that a species called Jeholornis may have been one of the first creatures to eat fruit and may have helped spread these plants that are now so common worldwide.

Study co-author Jingmai O’Connor, of the Field Museum in Chicago, said: “This is the oldest evidence of fruit-eating in any animal.

“Fruits are an incredible resource that everybody’s familiar with, and the plants that produce them are everywhere, but it wasn’t always that way.

“This discovery about how and when birds started exploiting this resource could help explain why these kinds of plants are so dominant in our landscape today.”

“Birds are important consumers of fruit today, and play important roles in seed dispersal, but so far there has not been direct evidence of fruit consumption by early birds, outside the bird crown group.

“This obstructs our understanding of the origins of this important plant-animal interaction,” said lead author Han Hu of Oxford University.

The crown group of birds is the group that is alive today – Neornithes – and their direct ancestors. But other birds began evolving tens of millions of years earlier.

The second-most primitive known bird was a long-tailed, raven-sized creature called Jeholornis. The time between the first Jeholornis and the first Tyrannosaurus rex is about the same as the amount of time separating the last T rex and modern humans.

O’Connor said: “The first Jeholornis fossil that was described in 2002 has all these plant remains scattered around it. They look like they exploded out of the stomach cavity.

“These stomach contents were superficially identified as seeds, so people argued that it was eating seeds.

“Then 17 years later, other scientists suggested that it wasn’t just eating seeds, but whole fruits, and only the seeds preserved, since they’re harder.

“In this study, we wanted to figure out, was it feeding on seeds alone, or was it eating fruit?”

“Clarifying between these two hypotheses is important since fruit consumption could result in co-evolutionary mutualism, whereas seed consumption does not,” researcher Hu said.

Eating fruit and pooping out uncrushed seeds could help plants spread and evolve, but if the seeds were crushed-up and digested, that wouldn’t help the plants.

To solve this, Hu scanned the skull of a specimen of Jeholornis and although it showed many similarities to dinosaurs, there were enough traits present, like mouth and beak, to suggest it could have eaten fruit.

By comparing a reconstructed skull of the ancient bird with that of modern birds, including species that grind and crack seeds and eat fruit but leave the seeds whole, she was able to rule out seed cracking.

However, Connor said: “You’re not actually going to be able to tell different diets apart from just the mandible shape.

“Birds that eat seeds have a gastric mill, a gizzard. They swallow stones to help them crush up their food.”

What’s more, the seeds found in Jeholornis stomach cavities are whole, not crushed.

The findings suggest that Jeholornis was eating different foods at different times of the year.

When fruit was available, it would have eaten whole fruits, seeds and all, and then pooped out the un-crushed seeds.

When fruit wasn’t in season, it would have eaten something different and harder and relied on a gizzard to crush them up. The Jeholornis specimens with whole seeds in their stomachs must have died during fruit season.

This seasonal diet matches a trait present in many modern birds.

“Birds can drastically change the proportions of their digestive system to adapt to whatever their diet is for a particular season. This is the first evidence of that plasticity in dinosaurs,” O’Connor said.

Not only was Jeholornis the first-known fruit-eater, but it gives scientists a window into how birds helped fruit-producing plants evolve.

“Birds may have been recruited for seed dispersal during their earliest evolutionary stages.

Birds eating fruit and pooping out seeds far away from the parent plant can help fruit-bearing plants spread like wildfire; this pattern may have started with birds like Jeholornis.

The bird’s fruit-eating also compliments traits that would have helped it fly, including a long tail that could have worked like a rudder to stabilize it in flight.

“A diet of fruit might have put evolutionary pressure on Jeholornis to be better at flying.

“You can’t just sit in one tree forever and eat its fruits, you have to be able to move around, and identify those resources by flying up and seeing where they are,” O’Connor said.

“Our research will inspire the research of paleontologists, ecologists, zoologists, and botanists who are interested in bird ecology, trophic interactions, and the Cretaceous Terrestrial Revolution.

“It is also a flagship of applying multiple cutting-edge methods simultaneously to solve complex paleoecological questions, which will inspire the future researchers to conduct similar analyses to reveal the extinct animals’ ecologies,” Hu observed.