"The main goal was to recreate the natural habitat of the big cats in southern Africa in the rocky landscape."
By Georgina Jedikovska August 23, 2022
Facebook
Twitter
Linkedin
Email 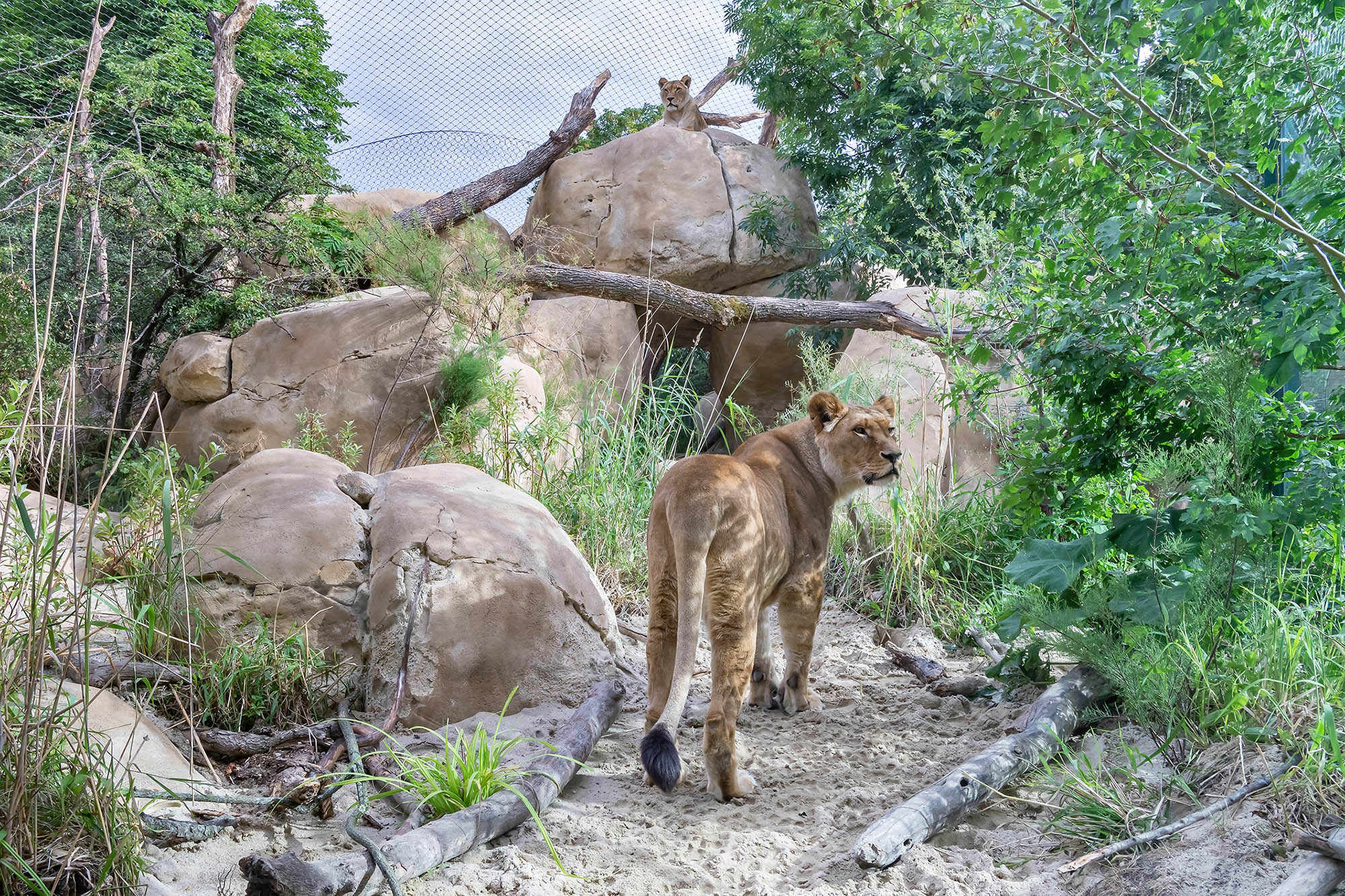 Image shows the lion enclosure in the Vienna Zoo in Austria in an undated photo. It was modernised with a new rocky landscape in August, 2022. (Daniel Zupanc/Zenger)

The oldest zoo in the world has modernized its 20-year-old lion enclosure by installing a new rocky structure for its lions.

The platform – which slightly even resembles The Lion King’s Pride Rock – can also be heated in winter and was set to provide shelter from sun and rain, as well as entertainment for the big cats.

In Disney’s The Lion King, Pride Rock represents an ancient and massive rock formation located in the African Savannah.

As reported by the Tiergarten Schonbrunn Zoo from Austria’s capital Vienna on Thursday, August 18, the lions could also use the spacious rock landscape as an ideal viewing platform.

Zoo Director Stephan Hering-Hagenbeck said in a statement obtained by Zenger News: “Our pride of lions consists of two females and one male who were born here in 2008.”

He furthermore added: “The animals are already in the process of exploring the facility and have already discovered their new favorite spots for themselves.”

Christine Eder from the Technology and Project Coordination Team added: “The rock structure consists of three differently modeled and painted layers of concrete to ensure the right stability and structure.

“The main goal was to recreate the natural habitat of the big cats in southern Africa in the rocky landscape.”

According to Hering-Hagenbeck, the animal enclosures provide a particularly good example of how the zoo has changed and developed throughout the years.

He explained: “Step by step, our facilities are being expanded and converted in order to make them even more animal-friendly in accordance with the UNESCO World Heritage Site Schonbrunn and not just to make them more attractive for our visitors.

“The lion enclosure was built in 2002 according to the standards of the time, so now was the time for an adaptation.”

The lion – which is one of the most widely recognized animal symbols in human culture – inhabits grasslands, savannas and shrublands, and is native to Africa and India.

Lions have been listed as ‘Vulnerable’ on the IUCN Red List of Threatened Species since 1996, as populations in African countries have declined by about 43 percent since the early 1990s.

Despite the cause of decline not being fully comprehended, the reasons that cause the greatest concern are considered to be habitat loss and conflicts with humans.

Some sources state that only about 20,000 lions have remained in the wilderness.

Through protecting and connecting key populations throughout their range in Africa, animal activists strive to bring lion populations back to a healthier 30,000 individuals by 2030.