Artificial Sweeteners Could Cause Diabetes, According To New Research 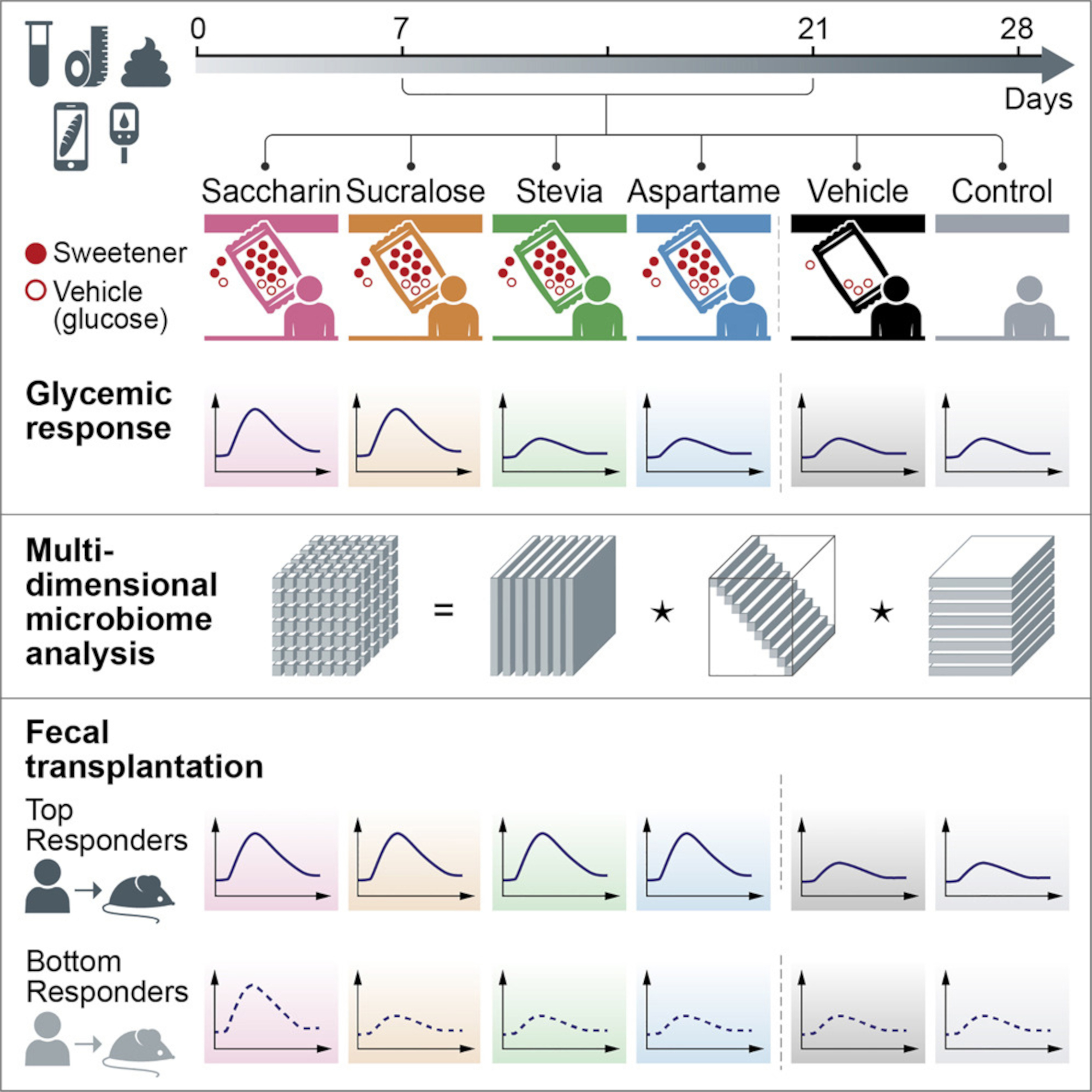 Artificial sweeteners could give you diabetes, according to new research.

The findings, published in the journal Cell, follow previous research suggesting sweeteners have adverse effects on metabolism and appetite control.

Many switch to them to get a sweet-tooth rush – without the calories.

Sugar substitutes are also in thousands of diet products such as fizzy drinks, desserts, ready-to-eat meals, and cakes.

They include saccharin and aspartame, which are even found in chewing gum and toothpaste.

Manufacturers have long claimed they have no effect on the human body.

But researchers have now discovered they are far from inert.

In fact, some can alter consumers’ microbiomes in a way that changes blood sugar.

The senior author of a new study, Professor Eran Elinav of the German National Cancer Center, said: “In subjects consuming the non-nutritive sweeteners, we could identify very distinct changes in the composition and function of gut microbes, and the molecules they secret into peripheral blood.

“This seemed to suggest gut microbes in the human body are rather responsive to each of these sweeteners.

“Interestingly, changes in the microbes were highly correlated with the alterations noted in people’s glycemic responses.”

A glycemic response generally corresponds to changes in the blood sugar after carbohydrate-laden foods are consumed.

In 2014, his team identified the same phenomenon in mice. They wanted to see if it also happened in humans.

The latter were broken into six groups – two controls and four who ingested well below the daily allowance of either aspartame, saccharin, stevia or sucralose recommended by the U.S. Food and Drug Administration.

Microbial samples from the subjects were injected into germ-free mice raised in completely sterile conditions with no gut bacteria of their own.

Elinav said: “The results were quite striking. In all of the non-nutritive sweetener groups, but in none of the controls, when we transferred into these sterile mice the microbiome of the top responder individuals collected at a time point in which they were consuming the respective non-nutritive sweeteners, the recipient mice developed glycemic alterations that very significantly mirrored those of the donor individuals.

“In contrast, the bottom responders’ microbiomes were mostly unable to elicit such glycaemic responses.

“These results suggest that the microbiome changes in response to human consumption of non-nutritive sweetener may, at times, induce glycemic changes in consumers in a highly personalized manner.”

He expects the effects of the sweeteners will vary from person to person because of the incredibly unique composition of our microbiome.

Elinav added: “We need to raise awareness of the fact that non-nutritive sweeteners are not inert to the human body as we originally believed.

“With that said, the clinical health implications of the changes they may elicit in humans remain unknown and merit future long-term studies.

“In the meantime, we need to continue searching for solutions to our sweet tooth craving, while avoiding sugar, which is clearly most harmful to our metabolic health. In my personal view, drinking only water seems to be the best solution.”