The footage was obtained from the National Guard of Ukraine on Thursday, August 18.
By Joseph Golder August 22, 2022
Facebook
Twitter
Linkedin
Email 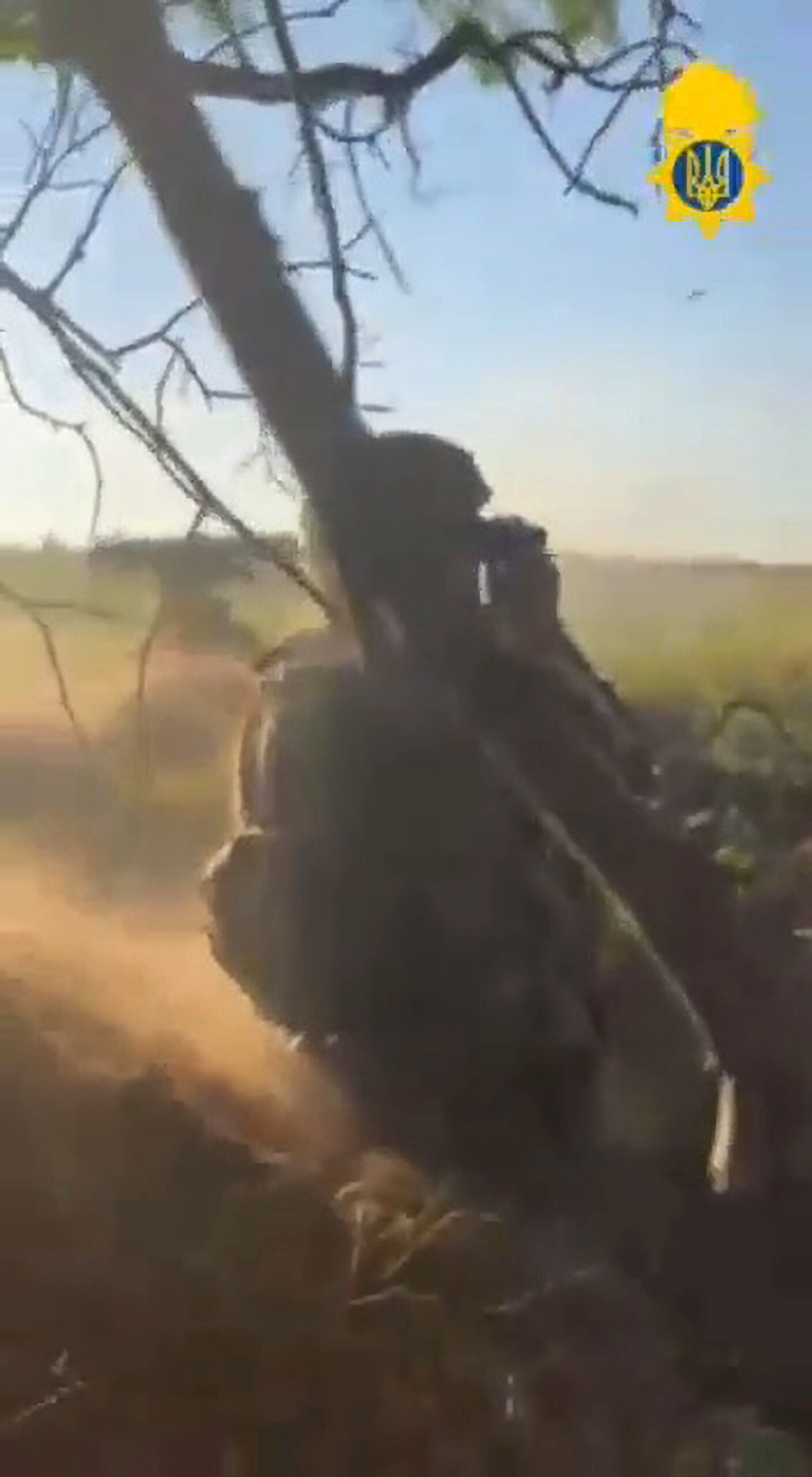 Ukrainian soldier watches through binoculars under tree in Donetsk region, Ukraine in an undated footage. Fighters of a special unit of the National Guard destroyed two enemy tanks. (@NGUmainpage/Zenger)

The video begins with a rocket firing a missile, while the camera then pans around to the person controlling the rocket launcher via a computer. The computer screen then shows the missile hitting the Russian tank.

The footage then shows the elite soldiers doing the same thing again with a different tank. Shouts of joy can be heard as the footage ends as the soldiers celebrate successfully destroying the enemy vehicle.

“While performing the task at the occupied position, the guards discovered a column of equipment consisting of several units of tanks, which was moving towards one of the settlements.

“As a result of quick and accurate work, the fighters managed to knock out two tanks. After that, the guards passed the information to the adjacent units for further destruction of the remaining manpower and equipment of the occupiers.”