Ukrainian Navy Rains Down Hell On Group Of Russians

The video was obtained from the Navy of the Armed Forces of Ukraine.
By Joseph Golder August 22, 2022
Facebook
Twitter
Linkedin
Email 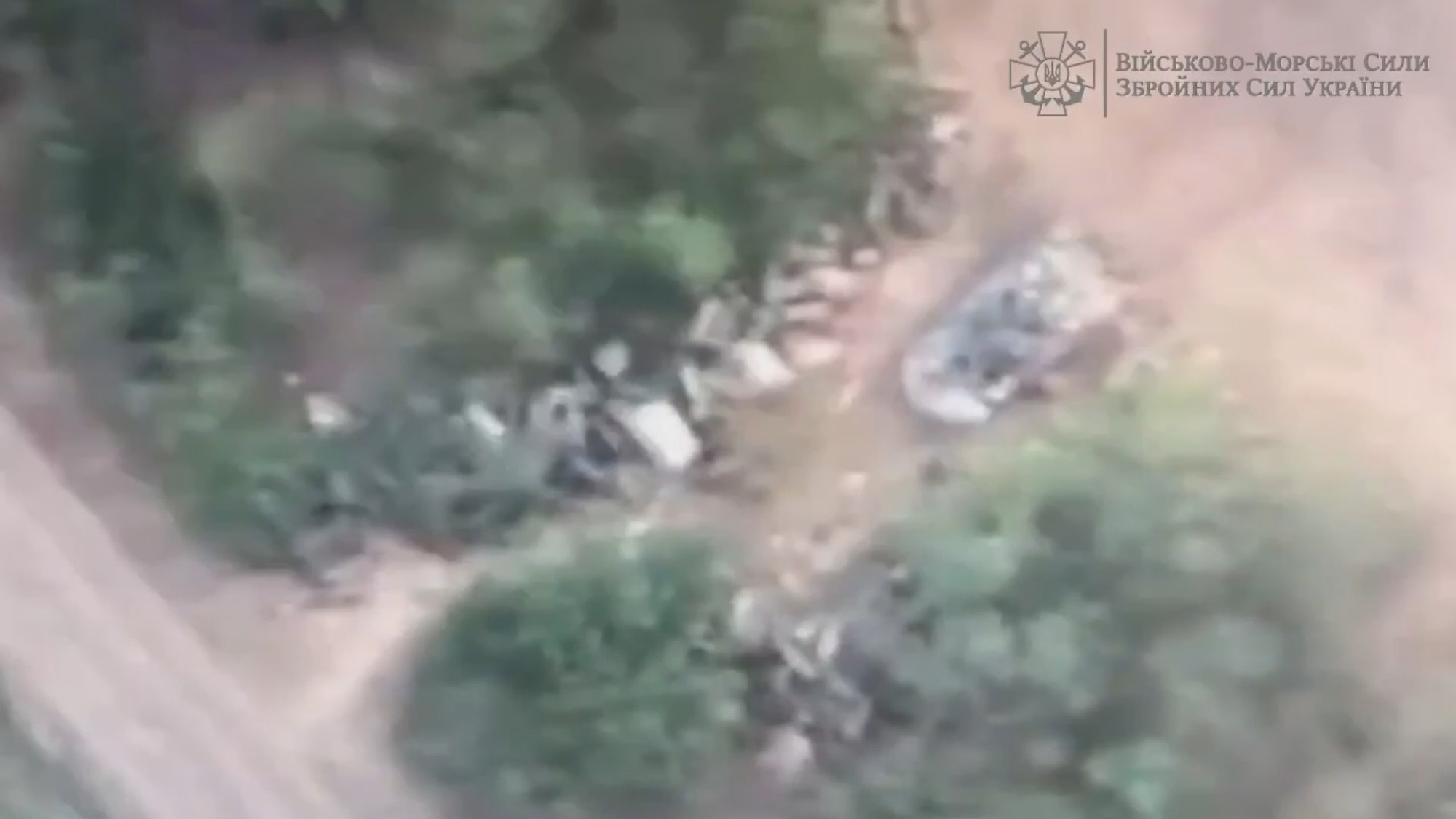 Picture shows Russian armored vehicle in eastern Ukraine on Tuesday Aug. 16, 2022. According to Ukrainian military authorities at least 6 Russian soldiers were killed in the attack by the Ukrainian Armed Forces. (@navy.mil.gov.ua/Zenger)

The images were shot somewhere on the front lines between Kherson and Donetsk in southern Ukraine, on Tuesday, August 16, according to the Ukrainian Navy.

The images, which appear to have been shot from a drone, reportedly show a number of Russian military vehicles hiding among some trees before a massive explosion appears to target them.

“Our artillery units struck the concentration of manpower and equipment of the occupiers, as a result of which six invaders were destroyed.”