The footage was obtained from the 44th Artillery Brigade of the Ukrainian Ground Forces on Thursday, August 18.
By Joseph Golder August 22, 2022
Facebook
Twitter
Linkedin
Email 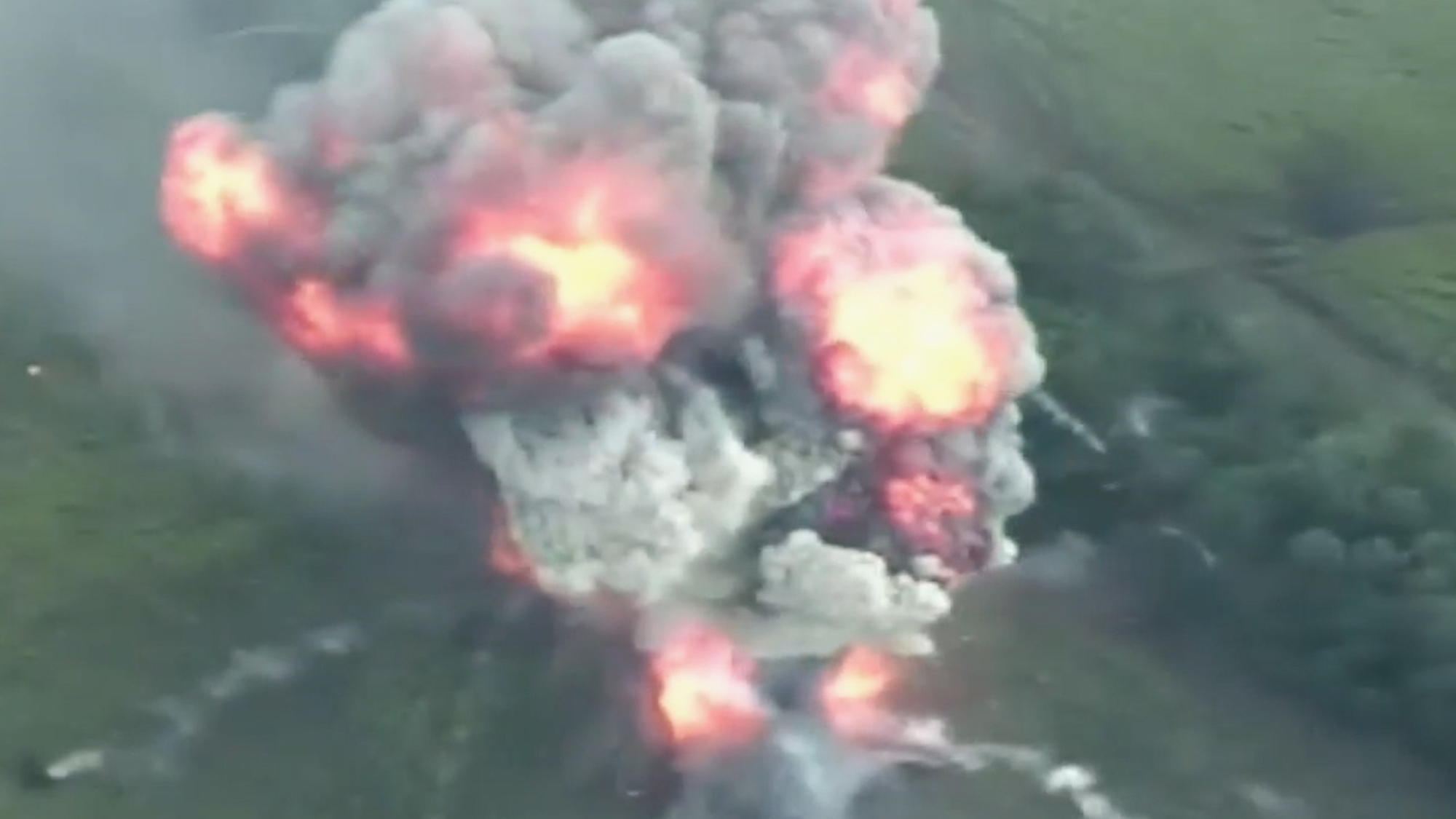 Russian Hyacinth self-propelled gun explodes after was hit by the artillery of the Danylo Apostol brigade in Ukraine in undated footage. The 2S5 Giatsint-S is a Soviet/Russian 152 mm self-propelled gun. 2S5 is its GRAU designation. (@44art.br/Zenger)

This footage shows a large Russian self-propelled gun blowing up in a massive explosion after it was targeted by Ukrainian forces and destroyed.

The footage was obtained from the 44th Artillery Brigade of the Ukrainian Ground Forces – also known as the 44th Separate Artillery Brigade named after Hetman Danylo Apostol – on Thursday, August 18, along with a statement saying: “They successfully hunted down and destroyed the orc self-propelled guns […].”

Ukrainian media reported that the Russian self-propelled gun that was destroyed was a 2S5 Giatsint-S, also known as a “Hyacinth”.

Zenger News also contacted the Russian Ministry for a comment but had not received a reply at the time of writing.