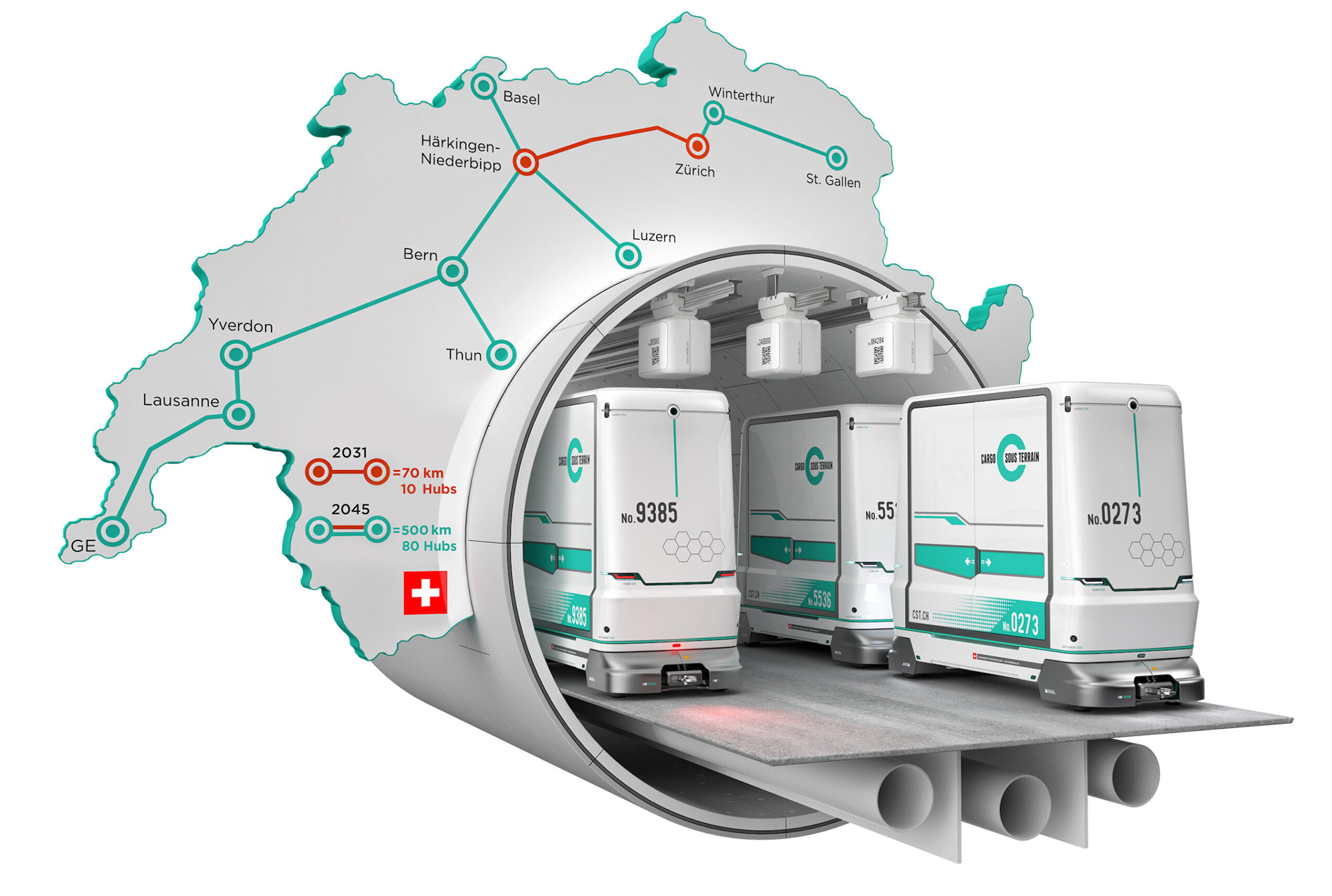 Switzerland has moved further with the first part of an underground autonomous cargo delivery line worth between $30 and $35 billion which will open in 2031.

The system involves underground cargo tubes full of automated delivery carts carrying goods that travel back and forth between cities and across Switzerland at 18.6 miles per hour.

The Swiss parliament passed the necessary legal framework and thus greenlighted the project in December 2021.

Meanwhile, the project’s cost for the full 310-mile network – which will be completely funded by the private sector – skyrocketed from $3.5 billion to up to $35 billion from 2016 to 2022.

However, about three billion dollars will be sufficient for the first phase, according to estimates.

This initial line is intended to connect Switzerland’s largest city, Zurich, with a logistics center in the municipality of Harkingen-Niederbipp in the north of the country through a 43.5-mile-long section with 10 hubs.

CST told Zenger News in a statement: “The positive parliamentary decision at the end of 2021 meant that the funding provided by CST investors became available for the planning permission phase.

“This phase includes preparing the necessary approval procedures in the cantons along the first tunnel section.

“At the end of 2022, the structure plan processes that are a requirement for CST will commence in the cantons of Aargau, Solothurn and Zurich.”

In terms of technology, CST reported on their site: “Cargo sous terrain follows a similar principle to that of an automatic conveyor system.

“Automated, driverless transport vehicles which are able to pick up and deposit loads automatically from the designated ramps and lifts travel around the clock in the tunnels.

“The vehicles, which travel on wheels and have an electric drive with induction rails, operate in three-track tunnels with a constant speed of around 30 kilometers [18.6 miles] per hour.

“The goods are transported on pallets or in modified containers. Thanks to refrigeration-compatible transport vehicles, the transport of fresh and chilled goods is also possible. Attached to the roof of the tunnel is a rapid overhead track for smaller goods packages.”

According to CST transport of small volumes on individual pallets or containers is expected to be economically viable for the first time ever.

As the ongoing stream of small-component goods reduces waiting times at the transfer station, the space demand should be significantly reduced as temporary storage will no longer be required.

The whole project is planned to run on renewable energy, while experts estimate that these underground vehicles will decrease up to 40 percent of the heavy trucks on roads.